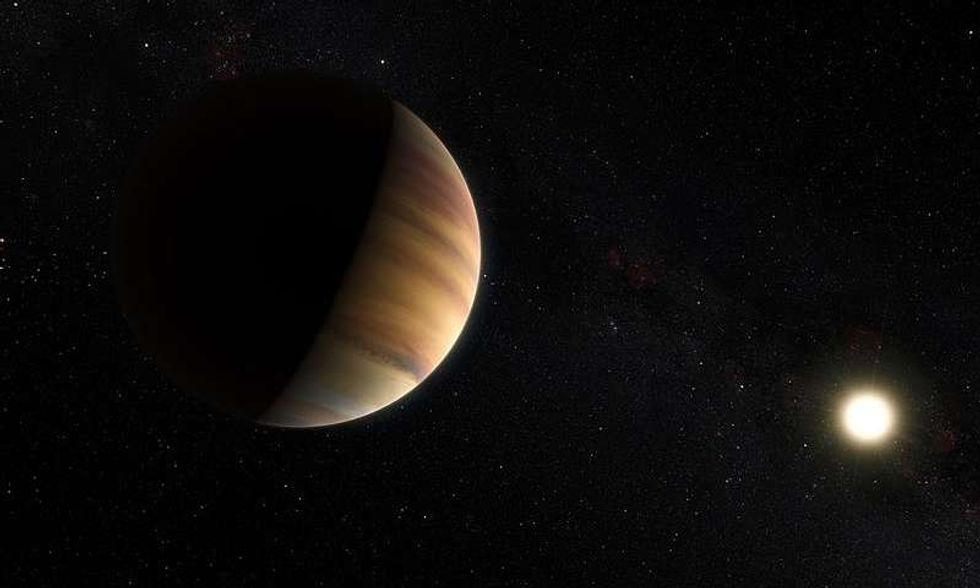 For generations, both astrophysicists and non-scientists alike have pondered whether Earth-like planets exist beyond human knowledge out in the Universe.

In 1995, the first exoplanet was discovered and confirmed, though the first accurate detection of an exoplanet occurred in 1988.

An exoplanet differs from a planet in that it exists outside of our solar system and orbits a star, much like the Earth orbits our Sun.

The first confirmed exoplanet, named 51 Pegasi b, was found 51 light-years away from Earth. It is a hot Jupiter — that is, physically similar to Jupiter, in that it is both gaseous and has a high surface temperature — with a 4.2 day-long orbit around its star and a mass of 0.47 Jupiter masses.

However, unlike our solar system’s Jupiter, 51 Pegasi b has water in its atmosphere.

Of course, it is unlikely the water identified on 51 Pegasi b is actually liquid; it is more likely vapor in the planet’s atmosphere. Even so, this finding is crucial in that it reveals more about 51 Pegasi b, and it reinforces a novel method of looking at exoplanets.

This discovery, which was presented on Jan. 25 in a paper published on arXiv.org, indicates that the star-planet system is a double-lined spectroscopic binary. Essentially, a binary star is a star system made up of two stars orbiting around a common barycenter — or the point around which the two stars orbit. Spectroscopy is the study of the interaction between matter and electromagnetic radiation, though it originated through viewing visible light dispersed according to its wavelength. A spectral line is a dark or bright line in an otherwise continuous or uniform spectrum. Therefore, a double-lined spectroscopic binary is where spectral lines from the two stars are visible, and alternate between double and single as they are detected.

Previously, scientists have only had the ability to study exoplanet atmospheres using the transit method, which is the passing of a planet between an observer and the star that planet orbits — much like viewing an eclipse. Most exoplanets never make these transits, making it challenging to identify water on these planets.

This particular study of 51 Pegasi b, led by Jayne Birkby of the Harvard-Smithsonian Center for Astrophysics, used CRyogenic high-resolution InfraRed Echelle Spectrograph (CRIRES) at the Very Large Telescope (VLT) in Chile. The team was able to observe the orbit of 51 Pegasi b around its star — 51 Pegasi — for four hours. The scientists picked up on the shift in light as the planet moved away from the star and toward Earth.

This light shift, which moved toward the redder and bluer ends of the color spectrum — due to the Doppler effect — revealed to the team the components of the planet’s atmosphere. The team clearly identified water, via shifting water absorption lines in the spectrum, amounting to a 5,6σ detection during this time.

“The detection is pretty rock solid,” according to Matteo Brogi, one of the team members from University of Colorado, Boulder, in an interview with New Scientist.

Birkby anticipates using this method with the Extremely Large Telescope — a larger telescope than the VLT — which is currently under construction in Chile, to view the atmosphere of Proxima b, an Earth-like planet approximately 4.2 light years away.

Water is key to sustaining life on other planets. This knowledge could ensure the future survival of humanity.