Is a Fifth Fundamental Force Holding the Cosmos Together? 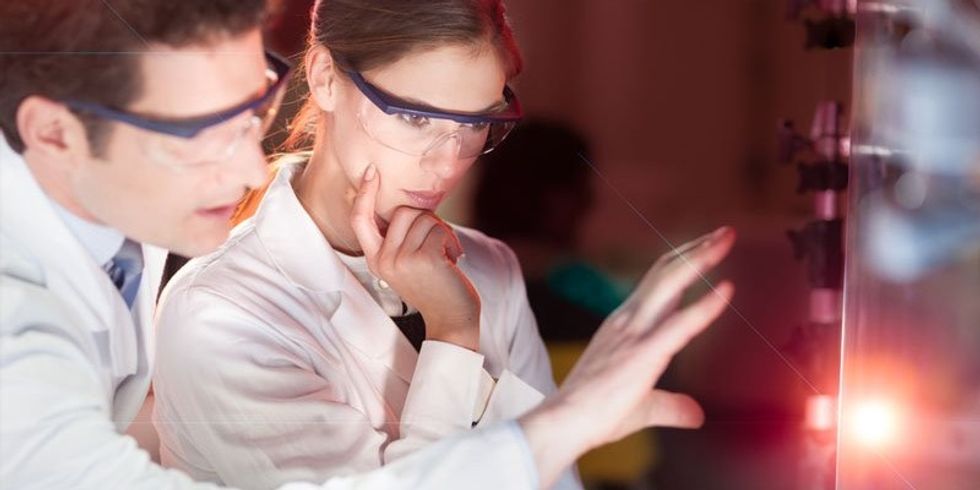 When Hungarian theoretical particle physicists detected a radioactive decay anomaly in a series of experiments, they published a paper in 2015 suggesting those anomalies pointed to the existence of dark photons. These theoretical force carriers have never been detected, and might indicate unseen dark matter (so-called because it neither absorbs nor emits light, and so is impossible to detect directly) – which could help researchers understand why the universe is filled with dark matter. Or maybe, said a group of American physicists who reviewed the Hungarians’ research in 2016, this is actually the signature of a fifth fundamental force.

“If confirmed by further experiments, this discovery of a possible fifth force would completely change our understanding of the universe, with consequences for the unification of forces and dark matter,” said one of the new study’s authors, Jonathan Feng, a professor of physics and astronomy at University of California, Irvine.

Up to this point, scientists had previously identified four fundamental forces: gravitation, electromagnetism, the strong nuclear force and the weak nuclear force. Each force governs some aspect of how the particles interact with each other; the scope of their power ranges from the subatomic to the galactic (for a crash course on how each of the fundamental forces work, check out this video series). And while the four fundamental forces have helped researchers understand a great deal about the universe, there are some glaring gaps in the model.

For one thing, the four forces can explain neither the existence of dark matter, which makes up nearly 27 percent of the universe’s mass-energy density, nor dark energy, which makes up more than 68 percent. Scientists know dark matter and dark energy exist even though they can’t see them because they can monitor their effects on the universe. For example, given the effects of gravity, the universe should be slowing in its expansion – but it’s actually

speeding up. And then there are the stars on the outer edges of spiral galaxies, which should have a slower orbit than the stars closer to center, since the outer ones are farther from the center of gravity. But the stars orbit at more or less the same speed, which suggests some other force is acting on them.

When the Hungarian researchers saw something that could be a dark photon, they assumed that, like conventional photons (the force carriers for electromagnetism), they would interact with electrons and protons. But the American researchers propose that the particle is actually a “protophobic X boson” (where X stands for “unknown”) – the particle would interact with electrons and neutrons instead of protons.

“The particle is not very heavy, and laboratories have had the energies required to make it since the ‘50s and ‘60s,” Feng said. “But the reason it’s been hard to find is that its interactions are very feeble.”

To prove its existence, labs around the world will have to replicate the earlier experiments and try to detect the presence of the “X boson.” Even if those experiments find something, it may still not explain all the incongruencies left in the universe.

“It’s not obvious that it helps us with any of these outstanding problems,” said theoretical particle physicist David McKeen, who wasn’t involved in the study. “It could have a connection, but it’s not obvious to me. But I think it needs to be studied – and then people will understand whether there is or not.”