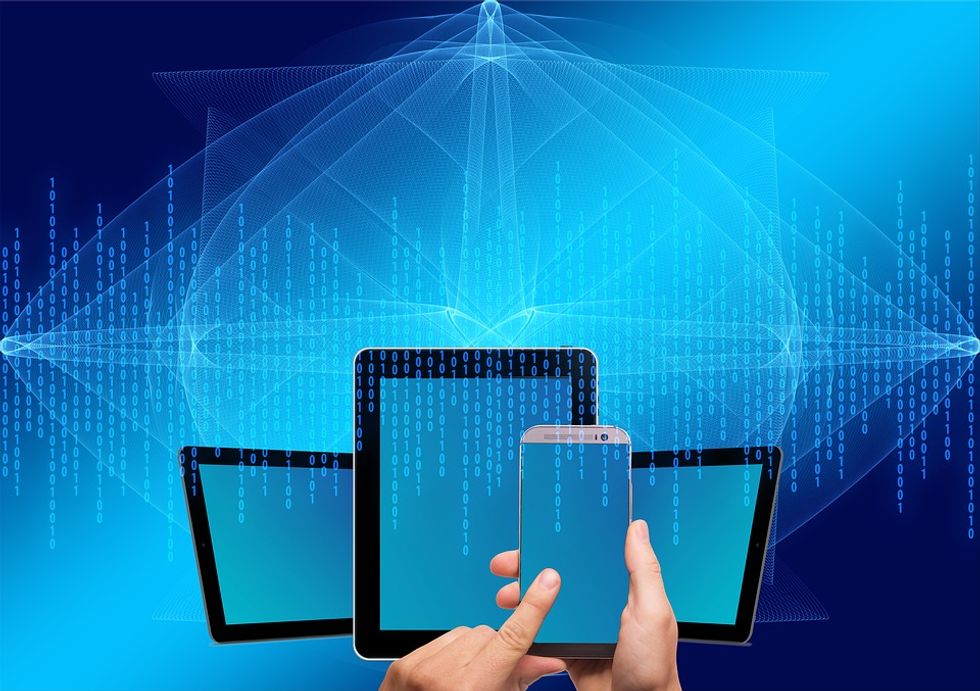 If you’re like most people, you sleep with your smartphone within reach. Maybe you’re even guilty of doing some pre-bed emailing, Facebook scrolling or news reading. Scientists say that evening ritual may be hurting your sleep.

Without interference, the brain’s pineal gland begins to release melatonin a few hours before your usual bedtime. The release of melatonin results in reduced alertness and an inclination toward sleep. To cue the pineal gland, light receptors in the eyes, known as retinal ganglion cells, send ambient light information to a bundle of cells in the brain. These messages are then relayed to the pineal gland, letting it know that it’s time to start or stop the production of melatonin.

It turns out that these light receptors are highly sensitive to blue light—which is exactly the type of light being emitted from your phone. In one study, a group of Harvard researchers compared the effect of 6.5 hours of exposure to blue light to green light. The blue light suppressed melatonin production for twice as long as the green light, and shifted the sleep schedules by three hours, instead of the one-and-a-half-hour shift found with the green light.

The unfortunate coupling of the receptors’ high sensitivity to blue light, with our increasing dependence on late-night check-ins with our blue-light-emitting devices “plays havoc with your sleep by disrupting your circadian rhythms,” said Anne-Marie Chang, a neuroscientist and sleep expert at Pennsylvania State University.

The disruption to the circadian rhythm can have serious health consequences. “Misalignment or disruption of these rhythms may result in acute and/or chronic health problems, including obesity, diabetes, cancer risk and cardiovascular disease,” said Chang. Other consequences include those often associated with being tired—like impaired memory or difficulty learning.

The problem is particularly acute for teens, who appear to be more sensitive to blue light than their adult counterparts. One study performed by light researcher Mariana Figueiro of the Rensselaer Polytechnic Institute in Troy, New York, found that teens suppressed more melatonin than adults, even when exposed to just one-tenth the amount of light.

Smartphone companies and app designers are aware of these risks, and have put forward products that may counteract some of the effects of the blue light. Apple’s Night Shift mode for iPhones or the app f.lux automatically adjust the quality of light in the evening, turning the light emitted from blue to red.

However, Steven Lockley, a sleep expert and neuroscientist at Harvard Medical School, cautioned that any light—particularly when you are looking directly into it—can affect biological rhythms. Speaking about the light-filtering products being offered for various devices, he cautioned: “These approaches do not eliminate the problems caused by using electronic devices after sundown, they just try to reduce their impact, which is good, but avoiding their use as long as possible before bed is a better solution.”

Bottom line: If you’re reading this in bed—it’s time to turn off your phone.