FDA Pushes Back Against Opioid Epidemic 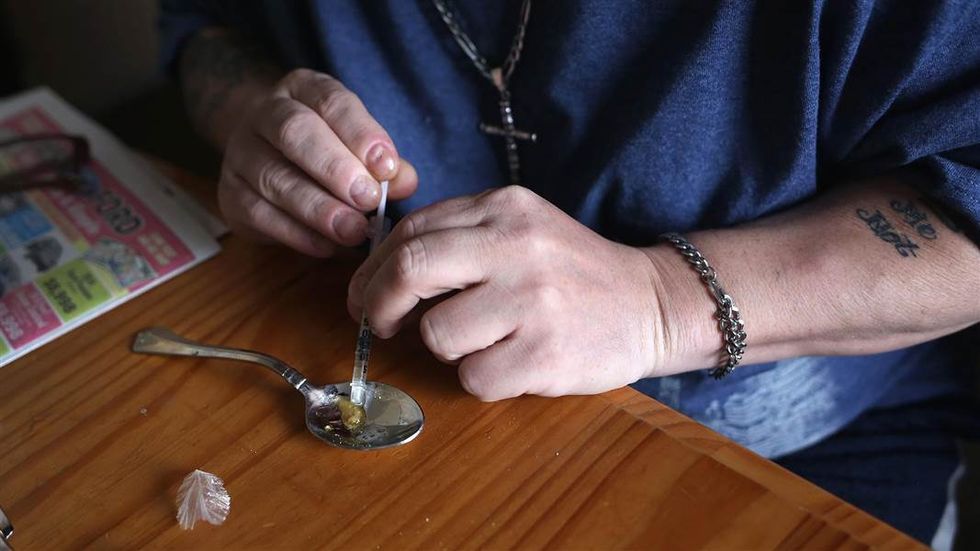 For the first time, the Food and Drug Administration (FDA) is seeking to ban a previously approved opioid due to its addictive qualities. In this decision, the FDA specifically recognized the public health risk of the opioid epidemic and committed to making other similar evaluations with other drugs.

On June 8, 2017, in an unprecedented move, the FDA requested Endo Pharmaceuticals take one of their opioid pain medications—reformulated Opana ER (oxymorphone hydrochloride)—off the market because of its extreme abuse risk. The FDA rendered this decision, following its advisory panel vote in March of 18-8, based on an updated risk-benefit analysis of the drug.

The FDA explained in a statement: “After careful consideration, the agency is seeking removal based on its concern that the benefits of the drug may no longer outweigh its risks. This is the first time the agency has taken steps to remove a currently marketed opioid pain medication from sale due to the public health consequences of abuse.”

"My comment is 'wow,'" according to Dr. Andrew Kolodny, co-director of opioid policy research at the Heller School for Social Policy and Management at Brandeis University. "This is pretty exciting. This is big news."

Opana ER was originally approved in 2006 to manage long-term, round-the-clock, moderate to severe pain. Unfortunately, many people began to abuse the drug—achieving a quick, intense high by crushing, then snorting or injecting it. In fact, the drug is approximately two times more potent than OxyContin, which is also frequently abused.

In response to the abuse, Endo replaced the formula for Opana ER in 2012, seeking a label that described “abuse deterrent properties” from the FDA. The FDA approved the new version of the drug, but denied the new labeling because there was insufficient evidence to

show the new formula would reduce abuse. Now, new information about the risks of Opana ER is leading the FDA to seek its removal from the market.

Having reviewed data since the new formulation, the FDA has learned that Opana ER is now being abused in greater numbers through injections than via inhalation. The 2012 formulation of Opana ER added a coating in an attempt to dissuade people from crushing the drug. That worked in part.; people began to inject it instead.

“The FDA’s decision is based on a review of all available postmarketing data, which demonstrated a significant shift in the route of abuse of Opana ER from nasal to injection following the product’s reformulation,” the FDA said.

Abuse through injection poses greater public health risks through transmission of serious and potentially life-threatening communicable diseases such as HIV, Hepatitis C, and cases of a serious blood disorder known as thrombotic microangiopathy. In the case of drug abuse, these diseases are transmitted throughneedle sharing.

In 2015, two counties with a total population of a few thousand people had 142 cases of HIV, traced back to Opana HR users who shared needles. A few specific characteristics of this drug create a greater risk to spreading the opioid epidemic. First, the short half-life of the user’s high—in a drug intended for repeated use throughout the day—often leads users to quickly borrow needles from someone nearby to avoid withdrawal rather than seeking a clean needle. Also, the drug requires a large gauge needle for delivery, which creates a greater risk of blood contamination when sharing.

According to Janet Woodcock, M.D., director of the FDA’s Center for Drug Evaluation and Research, “The abuse and manipulation of reformulated Opana ER by injection has resulted in a serious disease outbreak. When we determined that the product had dangerous

unintended consequences, we made a decision to request its withdrawal from the market.” She adds, “This action will protect the public from further potential for misuse and abuse of this product.”

Opana ER and the Opioid Epidemic

In the goal of overcoming widespread opioid abuse, Kolodny called the FDA’s decision a “good sign” but warns, "Opana is not the only one that needs to come off the market."

"We are facing an opioid epidemic—a public health crisis—and we must take all necessary steps to reduce the scope of opioid misuse and abuse," FDA Commissioner Dr. Scott Gottlieb said. "We will continue to take regulatory steps when we see situations where an opioid product's risks outweigh its benefits, not only for its intended patient population but also in regard to its potential for misuse and abuse."

Greater regulations may indeed mark a significant step in stopping this epidemic; research demonstrates that nearly a majority of addicts began their use by treating legitimate pain with prescription opioids.

Endo’s initial response to the FDA’s request has not been cooperative.

The fact that in 2015 the company sold $158 million worth of Opana ER may explain why. After the FDA released its statement, Endo’s stock dropped more than 12 percent in

Endo issued its own statement saying, “Endo is reviewing the request and is evaluating the full range of potential options as we determine the appropriate path forward.”

“Despite the FDA's request to withdraw Opana ER from the market, this request does not indicate uncertainty with the product's safety or efficacy when taken as prescribed.”

Endo’s response ignores the FDA’s explicit concerns about the risks of abuse, as listed in its reasons for withdrawing the drug from sale. Yet, the FDA has made clear that its request to Endo is no mere invitation.

“The FDA has requested that the company voluntarily remove reformulated Opana ER from the market. Should the company choose not to remove the product, the agency intends to take steps to formally require its removal by withdrawing approval.” The FDA’s statement adds, “In the interim, the FDA is making health care professionals and others aware of the particularly serious risks associated with the abuse of this product.”

The FDA says it plans to continue this “risk-benefit profile of all approved opioid analgesic products,” taking necessary steps in response to the opioid epidemic.