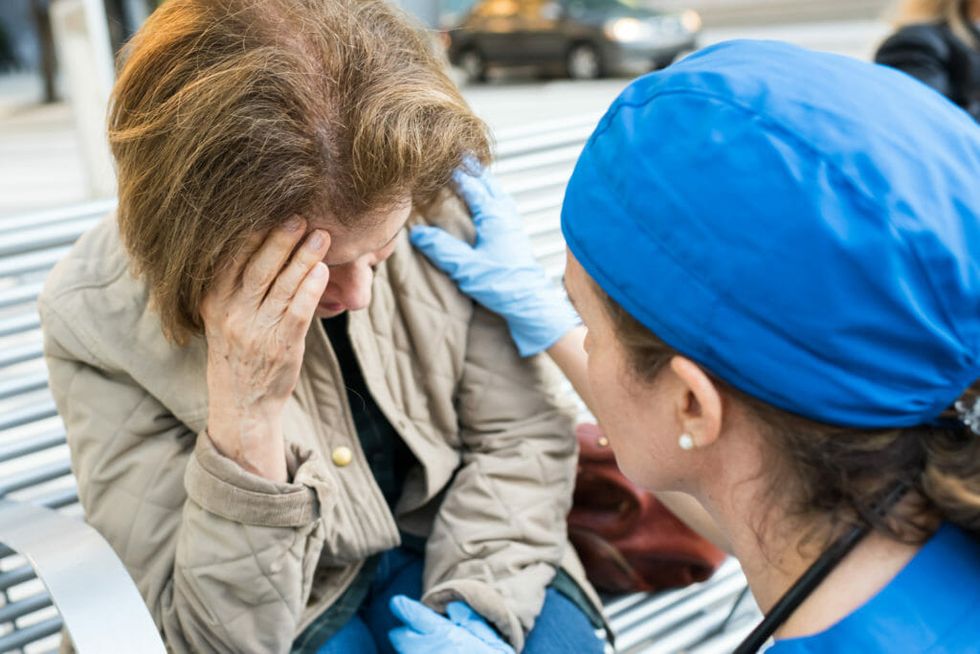 For many years, people have turned to electric shock therapy for a variety of ailments—most notably for the treatment of mental illnesses. Now, a study shows that targeted electric shocks to the brain—through an implant—could eventually bring relief to those suffering from Alzheimer’s and dementia by improving their memories. Based on this technology, researchers are also developing a prosthesis that would enhance your brain’s natural abilities.

Researchers from the University of Southern California (USC) implanted what they call a “memory prosthesis” in 20 volunteers—the first human trial of its kind. These participants had previously had electrodes implanted in their brains for epileptic treatment, so the memory system did not necessitate an additional surgery. Through the electrodes, the implant delivers small electric shocks to part of the brain most involved in memory and learning—the hippocampus. The shocks are devised to mimic the pattern of healthy brain activity and the way humans process memories.

When stimuli enter the brain, a memory generates from complex electrical signals traveling through various areas of the hippocampus. Along the way, the signal is re-encoded until the final stage, at which point it gets diverted for long-term storage. Any brain damage that prevents this coding or translation process could prevent a long-term memory from forming. For instance, people with Alzheimer’s can often remember events from the distant past—before the disease damaged their hippocampus—but not more recent events.

In the USC study, the researchers successfully boosted the memory capacity of humans by supplying the proper electrical signals to the participants’ hippocampus to boost the regular neural pathways used to create a memory.

The research team first gathered data about the participants’ brain activity with the implant in place. During this phase, each participant performed a preliminary short-term memory test, attempting to recall unusual shapes five to 10 seconds after seeing them. Then, the participants engaged in a more challenging version—known as a working memory test—where they were asked to recall images seen 10 and 40 minutes ago. The team followed participants’ brain activity during these tests and designed an electrical stimulation to target the areas that lit up during their best recall.

According to associate professor of biomedical engineering research Dong Song, who presented the study’s results at the Society of Neuroscience meeting in Washington DC over Veteran’s Day weekend 2017, this represents the first time such a device has been shown to improve human cognition.

“We are writing the neural code to enhance memory function,” Song said. “This has never been done before.”

The achievement is based collaborative work between researchers at USC and Wake Forest Baptist Medical Center to create the brain implant and necessary models and algorithms. It was previously successfully tested on animals prior to human study.

Ted Berger, of USC’s Viterbi School of Engineering, has been researching the foundation for the device for decades and helped Song find a way to simulate the process of translating short-term memories to long-term ones—despite the fact that its content is unreadable from its electrical signal. Even more challenging, the implant must bypass any damaged areas of the hippocampus and deliver the signal to the next region with the new proper translation.

While the study provides a wide-ranging potential for future research and practical use, more research and questions require answers before the implants may be used on a wide scale. Most directly, researchers hope the memory-boosting device will be able to assist people with serious memory-related diseases such as dementia and Alzheimer’s. The rising number of people suffering from the effects of dementia and Alzheimer’s haunted the United States economy to the tune of $236 billion in 2016, while the physical and emotional toll on the patients and their families grows with the level of cognitive impairment.

“In those disorders, there is a lot of cell death in the hippocampal region,” Song explained. He believes a memory prosthesis can bypass the damaged areas. “That should reinstate and restore cognitive function.”

Scientists also see applications for this technology beyond memory loss. Other possible adaptations of brain implants could improve vision or movement, according to the researchers who are working on those possibilities.

“The approach is very general,” Song said. “If you can improve the input/output of one brain region, you could apply it to other brain regions.”

Skills that are localized to certain parts of the brain are good candidates for this type of brain boosting implant. But broad, cognitive functions such as intelligence are too complex for this technique and require too many regions of the brain working together.

Even beyond repairing damaged areas of the brain, brain augmentation and enhancement is entering a new phase of the technological industry. Bryan Johnson, owner of the brain-augmentation based startup Kernel, thinks people will be able to substantially enhance their brain’s own natural abilities within the next 15 years.

In another creative application, Song’s research team is studying whether they can use the device to create false memories.

“For example, if we show a picture of a dog, is there a pattern associated with the dog that we can use to create a false memory of the dog?” Song explained. “We’ve started working on that.”

From planting false memories to enhancing people’s own natural cognitive abilities, many researchers and ethicists have raised concerns about using this type of technology. Neuroscientist Rafael Yuste and bioethicist Sara Goering lead a team of researchers calling for a system of oversight, ethical guidelines, and regulation over technology used to enhance human abilities. Their concerns include possible loss of autonomy and privacy, potential for criminal hacking, and how access to this type of technology could exacerbate inequality.

Yuste, director of the Neurotechnology Center at Colombia University, said: “We just want to ensure that this new technology which is so exciting, and which could revolutionize our lives, is used for the good of humankind.”