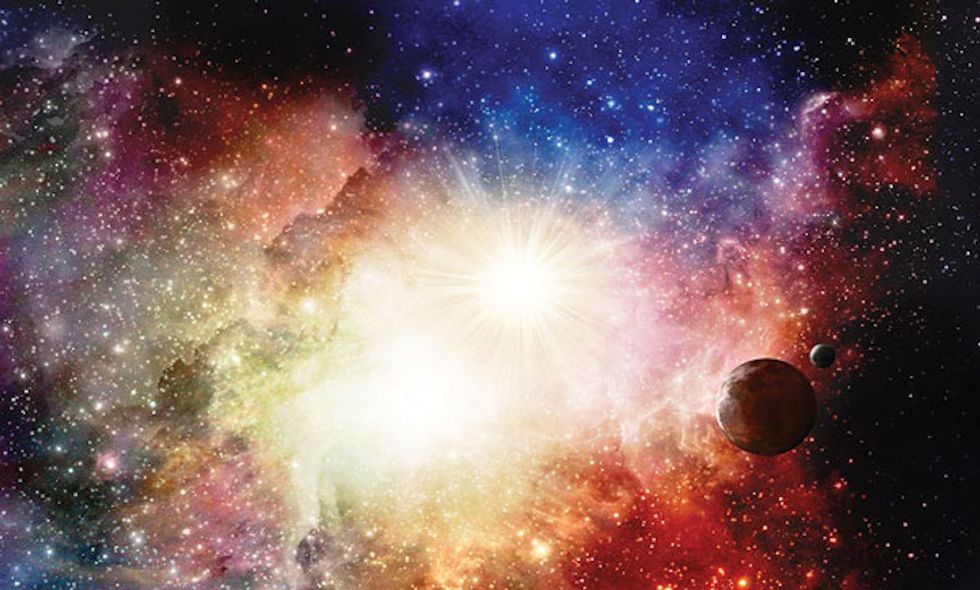 1.2 billion light years away, a star died. As the star’s core collapsed, it sent off visible shockwaves or “shock breakouts.” The shockwaves lasted only 20 minutes, but NASA’s Kepler space telescope managed to capture them, providing proof—for the first time—that certain stars produce these brilliant flashes of light upon their demise.

A team of international researchers led by Peter Garnavich, an astrophysics professor at the University Notre Dame, first discovered the explosion. His team analyzed around 50 trillion stars photographed by Kepler during a three-year period in their search for supernovas. “You don’t know when a supernova is going to go off, and Kepler’s vigilance allowed us to be a witness as the explosion began,” said Garnavich.

The star was a red giant, around 500 times the size of our own sun. To give its size some sense of scale, Garnavich explained “Earth’s orbit around the sun would fit comfortably within [it].”

Stars of this size die when they run out of mass in their center. As stars age, some of their mass migrates toward their cores. When the cores become too heavy, they collapse, creating a Type II supernova. Kepler captured that collapse, which resulted in a shockwave that blew off the outer layers of the star.

the explosion of a smaller red giant star, about 300 times the size of our sun, and about 700 million light years from Earth. However, this star did not produce a shock breakout.

“While both explosions delivered a similar energetic punch, no shock breakout was seen in the smaller of the supergiants,” said NASA. Garnavich speculated that they had seen no shock breakout with the smaller supernova because the star had gas surrounding it, possibly masking the shockwave when it reached the star’s surface.

Supernovas are important because “[a]ll heavy elements in the universe come from supernova explosions. For example, all nickel and copper in the Earth and even in our bodies came from the explosive death of stars,” said Steve Howell, one of Kepler’s project scientists. “Life exists because of supernovae.”

Capturing the supernova’s shockwave is also important because, said Howell, supernovas are key to understanding the universe and its development. “Supernovas teach us about the destiny of our universe, because they are incredibly large objects that we can see over great distances. If we don’t understand how bright they are, and what happens to them, then we are using them, but we are using them incorrectly.”

The team will publish its research in the Astrophysical Journal.