As DNA technology has advanced, wrongful convictions result from touch DNA and contamination, where tiny DNA samples may have transferred from someone other than the perpetrator of the crime. Furthermore, commercial software is further advancing technology without revealing important information about its processes, which could lead to more wrongful convictions. 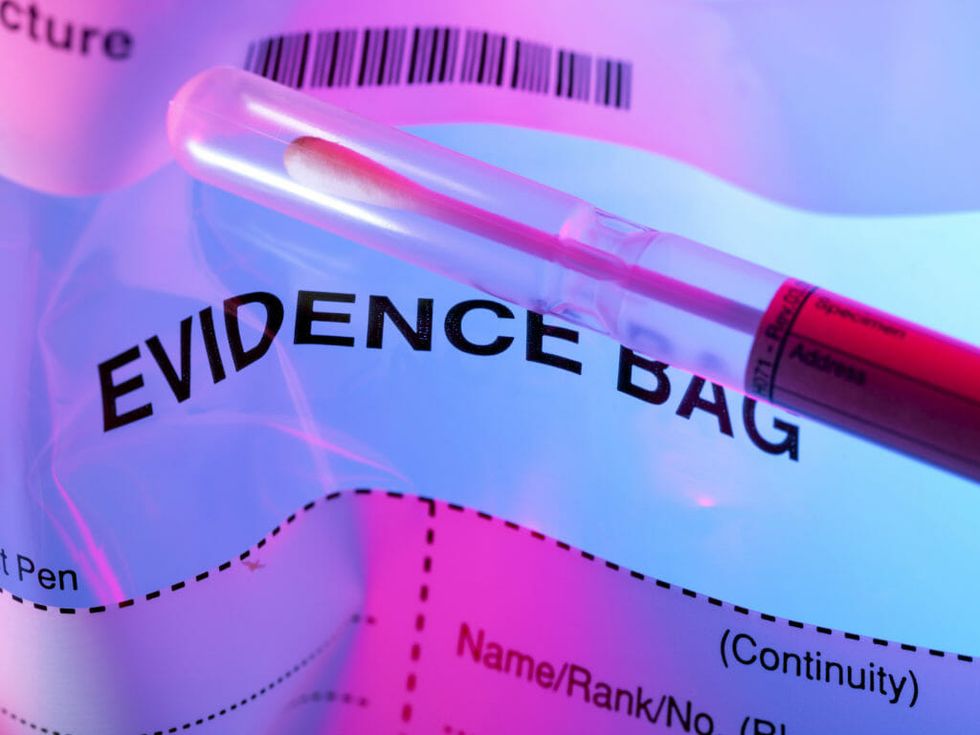 Judges, juries and other members of the criminal justice system rely upon DNA evidence to decide guilt, innocence and sentences for incarceration—and even death—every day. Yet most people would be shocked to learn that new technologies have made DNA evidence less reliable than it was in the past. For instance, recent advances in forensic science use smaller DNA samples, introducing more subjectivity into the identification process than ever before.

Twenty years ago, available technology could only reliably test DNA from fresh semen, blood stains, or other large tissue samples. According to Christopher Phillips, a researcher in forensic genetics at the University of Santiago de Compostela in Spain, such a test is considered substantially reliable for purposes of forensic evidence.

However, advances in technology now require as few as 25 to 30 cells for DNA testing. Then, scientists use the polymerase chain reaction to replicate the DNA in the lab to create a testable size sample. This process is often used with what’s known as “touch” or “trace” DNA when the sample is collected from fingerprints on a doorknob or other objects. Touch DNA can even be transferred when in an evidence bag with other items awaiting testing or when handled by techs.

Top geneticists such as Greg Hampikian, professor of biology and criminal justice at Boise State University, are concerned about the risk of false positives when such small samples transfer from one surface to another. Hampikian—who is also head of the Idaho Innocence Project—has worked on cases such as the Amanda Knox trial, where Knox and her boyfriend were eventually acquitted because the DNA samples on key pieces of evidence could have been transferred from various surfaces during the testing period or were too small for sufficient testing.

Moreover, based on the relative flakiness of their skin, some people leave more DNA than others from casual contact with a person or an object. Others may leave no DNA at all. Studies indicate factors such as how recently someone washed their hands or which hand someone used to touch something can impact the amount of DNA left behind.

“In different scenarios, some people leave DNA and some people don’t,” according to Ruth Morgan, the director of the Centre for the Forensic Sciences at University College London. “We’ve had some experiments where the person whose DNA we were looking for left either a partial profile or not really a viable profile – but there was other DNA [from a person] who we were able to identify as a close partner who hadn’t touched the item; they hadn’t been in the lab.”

This process of creating a DNA profile to identify someone is complex. But rather than mapping the whole genome, forensic labs focus on 20 locations, or loci—according to the FBI CODIS database standard—where short tandem repeats (STRs) occur. Typically, more than half will be the same as close relatives and several will match strangers, but the likelihood of sharing all of them with a non-relative is less than one in one trillion.

Over time, however, DNA breaks down, weakening the loci within samples and increasing the difficulty of a 100 percent match. Add that to the risks of touch DNA traveling when our skin naturally sheds—perhaps even to places we’ve never been—or lingering for months until a crime occurs, and the possibilities for misidentification appear indefinite.

According to the United Kingdom’s chief scientific advisor of forensic science, “our ability to analyse may outstrip our ability to interpret” these substances that are detectable at minute levels.

Yet forensic science seems destined to repeat its mistakes with the technology on the horizon. While experts like Hampikian are expressing concern about the use of small samples, the next generation of forensic robots seem poised to generate a DNA sample from a single cell.

“Next gen sequencing might generate lots of data from small amounts of DNA, but you’re still faced with the same fundamental question — what does it mean?” asks John Butler, special assistant to the director for forensic science at the National Institute of Standards and Technology. “You could detect a single cell on a knife blade, but that doesn’t mean anything — it might have arrived there long before the crime or been transferred there by chance.”

Another complexity in today’s forensic lab practices occurs when a sample contains more than one person’s DNA. In this case, a scientist must examine the markers, or alleles, at each of the loci.

Imagine three jigsaw puzzles all mixed together with relatively the same sized pieces, each puzzle piece representing an allele. The forensic analyst must not only identify to whom the alleles belong, but also how many people contributed to the sample. This process can be further hindered by a small or degraded sample, which often occurs in tandem, because alleles may be lost in the sorting process or mistakenly assigned. That’s why dealing with mixed samples leads to unavoidable creative interpretation of the data, rather than more traditional scientific methods.

“Ironically, you have a technology that was meant to help eliminate subjectivity in forensics,” Erin Murphy, a law professor at NYU, told The Atlantic. “But when you start to drill down deeper into the way crime laboratories operate today, you see that the subjectivity is still there: Standards vary, training levels vary, quality varies.”

In 2013, the National Institute of Standards and Technology conducted a survey, requesting forensic analysts from over 100 labs to examine a DNA mixture from three people to determine if the suspect’s was included. 24 percent found the data inconclusive, and 70 percent said it might be present. Only 6 percent correctly concluded that the suspect’s DNA was not in the sample.

“It’s the Wild West out there,” Michael Coble, the study’s author and a geneticist explained. “Too much is left to the analysts’ discretion.”

Analysts also differ on how conclusive their results are. Another NIST survey indicates labs interpreting a two-person mixture may report statistical match probabilities that fluctuate by up to 10 orders of magnitude.

“Imagine if you take a pregnancy test and you send it to two different labs,” Hampikian said, “and one said the odds are a billion to one that you’re pregnant, and the other said it’s 50-50.”

These small DNA samples increase the risk of contamination, which can occur in a multitude of ways. The process for replicating small samples into larger ones for testing purposes creates a large risk for contamination itself. With the additional risk of allele dropout during the process, the federal CODIS database—which includes more than 15 million profiles—could potentially implicate someone who was never on the scene.

Other times, a mistake in the collection or storage of the sample by the investigator may cause the contamination. For instance, Adam Scott was wrongfully convicted of rape after his saliva on a plate from an unrelated incident was reused and then found on a genital swab.

In an attempt to remove some of the subjectivity from DNA identification, labs have started to rely on commercial software. For instance, TrueAllele, created by the company Cybergenetics, is an algorithm-based technology intended to detangle mixed DNA profiles and “provide accurate results on previously unsolvable DNA evidence.”

While TrueAllele has already been used in hundreds of cases in the United States, according to experts, Cybergenetics refuses to disclose its source code. Without knowing the assumptions in the technology, it’s more difficult to rely on the software.

“There is a lot of concern,” Morgan said. “People aren’t happy that it is essentially a black box.”

Cybergenetics claims the math behind the software has been disclosed, and welcomes both sides of any case to test the software on its own data. But Sue Pope, a DNA expert and co-director of Principal Forensic Services Limited, said there must be independent validation of the software itself.

“A courtroom setting is not the best place for looking at really detailed questions about how statistics have been done,” Pope said.

Yet courts around the country have upheld TrueAllele’s source code as trade secret, relying largely on a 2015 decision, People v. Chubbs, in which the defendant was found guilty after he was unable to challenge the DNA evidence because of his inability to access information about how the software works.

Despite its tattered history, juries continue to believe strongly in DNA evidence because of its strong foundation in science and statistics. In 2005, a Gallup poll showed 58 percent of people believed DNA evidence was “very reliable”; both juries and attorneys consider it extremely reliable. The so-called “CSI-effect” indicates that many jurors and even judges need to be convinced that the presence of the defendant’s DNA at a crime scene does not necessarily render them guilty.

And DNA evidence can be 100 percent certain under perfect conditions. Yet this rarely occurs. First, the evidence must meet the scientific standards of this large quantity of well-preserved DNA. Also, there must be no question of how that DNA arrived at the crime scene—for instance, ensuring that the DNA does not belong to an innocent person who happened to walk through the area bleeding that same day, along with every other possibility. Finally, the laboratory must handle the DNA with no errors in process or procedure.

There are no credible statistics for the number of falsely accused or imprisoned based on flawed DNA evidence.

Murphy, who was previously a public defender, told The Atlantic: “I don’t think it’s unreasonable to point out that DNA evidence is being used in a system that’s had horrible problems with evidentiary reliability.” She highlights the central issue in her book, Inside the Cell: The Dark Side of Forensic DNA: “The same broken criminal-justice system that created mass incarceration,” she writes, “and that has processed millions through its machinery without catching even egregious instances of wrongful conviction, now has a new and powerful weapon in its arsenal.”

Indeed, DNA evidence can be so powerful, it’s difficult to open people’s minds to its potential shortcomings once it’s been presented.

Hampikian talks about changing people’s minds about DNA evidence based on his experience with the Innocence Project: “I don’t think people are evil, but once they’re convinced of a story they protect it.”