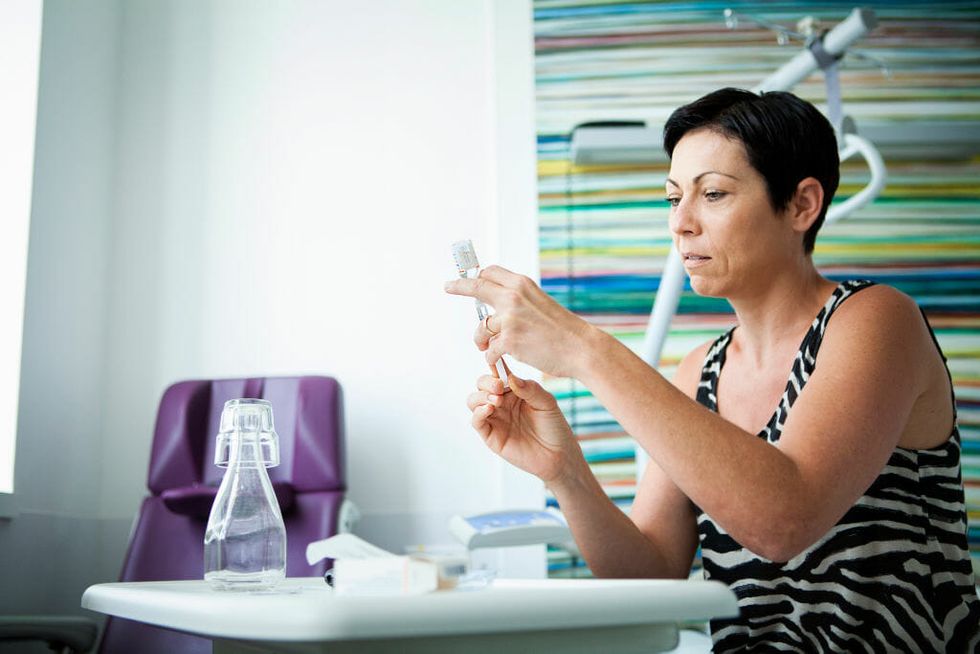 Endocrinology unit of a hospital, Savoie, France. Diabetic patients are hospitalized for a week to undergo an assessment, evolution of the diabetes, dietary habits and therapeutic education. A nurse teaches a patient who had type 1 diabetes how to use an Omnipo, an insulin pump without tubing, managed with an electronic control unit. (Photo by: BSIP/UIG via Getty Images)

For most of medical history, diabetes has been divided into two subgroups—Type 1 and Type 2—but according to new research, that may have been incorrect all along.

Diabetes is the most common metabolic disorder in the world, affecting 9.4 percent of Americans and costing the country an estimated $245 billion per year in medical costs and reduced productivity.

Type 1 diabetes is usually diagnosed in childhood and stems from the body’s inability to produce insulin, a hormone secreted by the pancreas that helps move blood sugar into cells rather than allow it to build up in the blood. Type 2 diabetes, which is by far more frequently diagnosed, emerges later in life and is typically related to obesity, inactivity and poor diet leading to insulin resistance over time.

The new potential subtypes uncovered by the researchers include three severe and two mild forms of the disease, with possible causes ranging from autoimmune problems to obesity and age.

Type 1 and 2 diabetes are typically managed with diet, blood sugar monitoring and insulin injections, but identifying potential degrees and causes could lead to more targeted and efficient therapies.

"Evidence suggests that early treatment for diabetes is crucial to prevent life-shortening complications," said researcher Leif Groop of the Lund University Diabetes Centre (LUDC) in Sweden. “More accurately diagnosing diabetes could give us valuable insights into how it will develop over time, allowing us to predict and treat complications before they develop."

For instance, one of the three severe types of diabetes could lead to an increased risk of kidney disease, and another could to retinopathy, or blindness—knowledge of a more specialized diabetes type could allow doctors to take preventative measures on behalf of patients.

“This is definitely the future of how we think about diabetes as a disease,” Dr. Victoria Salem of Imperial College London told the BBC, indicating that there could even be more subgroups than the five identified in the study.

"There is still a massively unknown quantity—it may well be that worldwide there are 500 subgroups depending on genetic and local environment effects. Their analysis has five clusters, but that may grow."

In the meantime, further research is needed, as the study only included 14,775 patients in Sweden and Finland, the possible causes could not be confirmed, and it wasn’t evident whether the diseases changed over time.

"Existing treatment guidelines are limited by the fact they respond to poor metabolic control when it has developed, but do not have the means to predict which patients will need intensified treatment," Groop said. "This study moves us towards a more clinically useful diagnosis, and represents an important step towards precision medicine in diabetes."

Nearly 1.5 million Americans are diagnosed with diabetes each year. Symptoms of diabetes can be vague, so experts urge anyone to see their doctor if they’re experiencing thirst, increased urination, blurred vision and fatigue, as diabetes is the seventh leading cause of death in the U.S.