Creating the heaviest elements requires extreme circumstances: now, for the first time, scientists have found direct evidence of how and where they are forged. 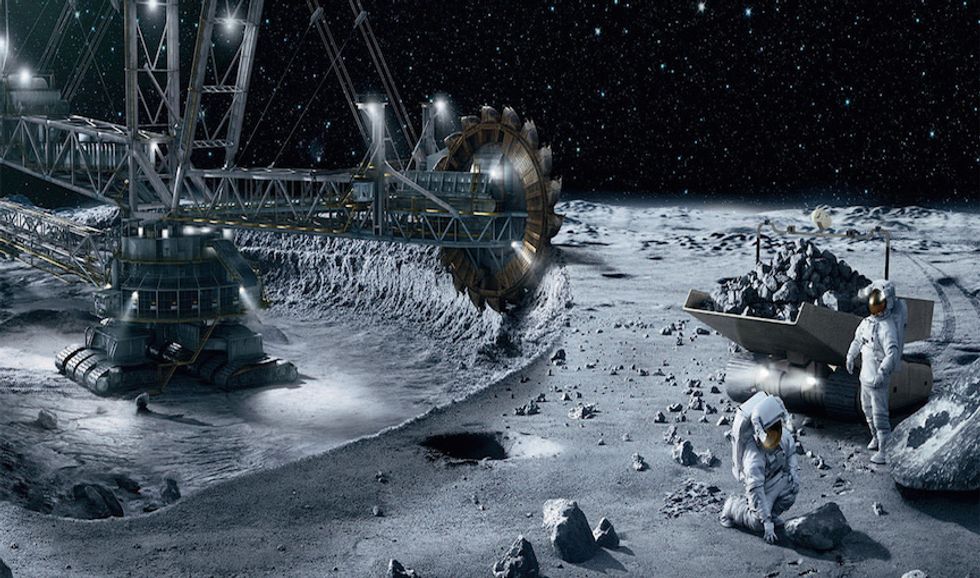 For decades, scientists have moved slowly toward an explanation of how the heaviest elements in nature are made. Now, by observing the starlight from a dwarf galaxy 98,000 light-years away, researchers have found the first direct evidence for their source.

The lighter elements, from hydrogen to iron, are forged in the hot, high-pressure interiors of stars, but the heavier an element is, the more difficult it is to create. The creation of these heavy elements, called “r-process” elements, requires extreme circumstances; understanding where they come from is “one of the hardest problems in nuclear physics,” according to MIT physicist Anna Frebel. "The production of these really heavy elements takes so much energy that it's nearly impossible to make them experimentally. The process for making them just doesn't work on Earth. So we have had to use the stars and the objects in the cosmos as our lab."

Since the 1950s, physicists have been searching the cosmos for the forge of r-process elements like lead, uranium and gold. “It is very difficult to see these elements shine when they're created in the universe because they are very rare,” explained Enrico Ramirez-Ruiz, a professor of astronomy and astrophysics at the University of California at Santa Cruz. “For example, gold is only one part in a billion in the Sun. So even though the necessary physical conditions needed to make these elements were clear to physicists more than 50 years ago, it was a mystery as to what sort of objects and astrophysics would provide these conditions.”

The physical conditions required to make r-process elements are freely-moving neutrons, to build up the atoms, and extreme heat and pressure, to force the neutrons to fuse to the atoms’ nuclei. The scientists’ search has focused on the most explosive, energetic astronomical events: supernovae, which occur when a giant star explodes, and collisions between extremely dense neutron stars. The higher the energy of an explosion or

collision, the easier it is to create heavier elements. Despite an intensive search, though, scientists were unable to find any observational evidence that r-process elements come from supernovae or neutron stars.

Then, while studying the stars in a recently-discovered dwarf galaxy called Reticulum II, MIT graduate student Alexander Ji found one star with an unusually high amount of heavy elements. As he and his collaborators kept looking at more stars in Reticulum II, which orbits our own Milky Way galaxy, they found more and more r-process elements. Those r-process elements didn’t just appear out of nowhere, and the stars could not have produced them on their own: some event in Reticulum II’s past must have sown the galaxy with heavy elements. The abundances of those elements point to a collision between two neutron stars which sprayed r-process debris throughout the galaxy.

Ramirez-Ruiz called this discovery “a smoking gun that exotic neutron star mergers were occurring very early in the history of this particular dwarf galaxy, and for that matter likely in many other small galaxies.” He extrapolated, “Neutron star mergers are therefore probably responsible for the bulk of the precious substances we call r-process elements throughout the universe.” As Ji commented, "Definitely one of the things that I think attracts people to astronomy is understanding the origin of everything around us."

R-process elements may be relatively rare, but they’re everywhere, from the edge of the known universe to its center and even within the human body. Now, for the first time, scientists have evidence of the enormous, violent collisions that produced them.