China's Space Station Falling Out of Orbit, But No One Knows When Or Where 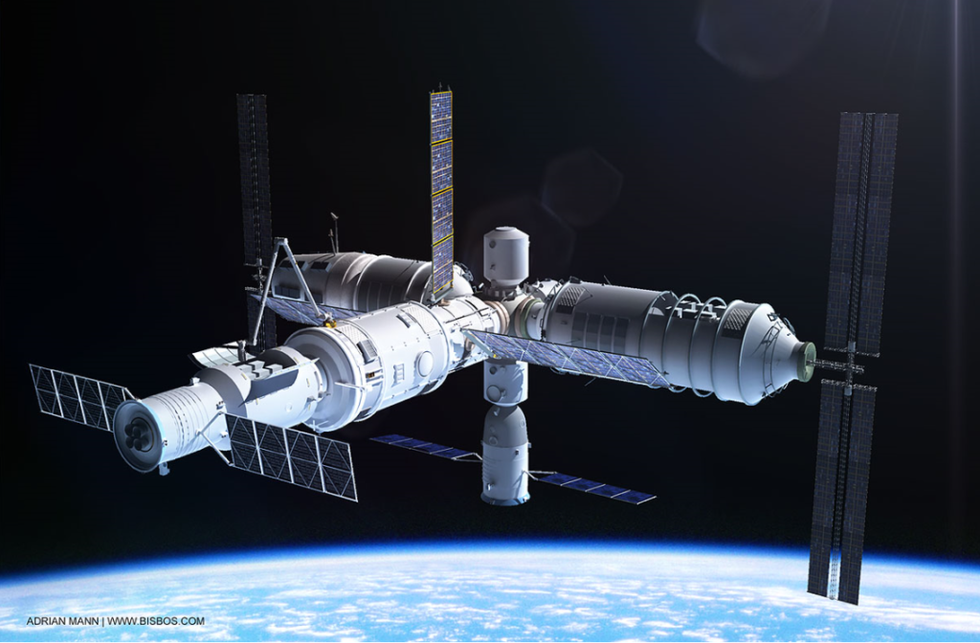 Next year, China’s space station will fall out of the sky.

China launched Tiangong-1, its first orbiting laboratory, in 2011, and since then it has been home to a rotating cast of experiments and astronauts. In 2013, Tiangong-1’s primary mission period ended, so China put the spacecraft into “sleep mode” and stopped sending astronauts to the station, although data continued to stream in about how parts were holding up on the empty, dormant station. In March of this year, Tiangong-1, which translates to “Heavenly Palace,” was shut down for good.

Soon after Tiangong-1 was decommissioned, rumors began to circulate that China had lost control of the 9-ton spacecraft, which appeared to be tumbling aimlessly through its orbit 200 miles up. When no official announcement was released about when or how Tiangong-1 would be deorbited, experts speculated that China itself did not know. Now, Chinese officials may have confirmed that they have lost all control of the space station.

Usually, when a satellite’s mission is complete, its demise has been meticulously planned ahead of time. Some spacecraft are shot away from Earth into a “graveyard orbit,” far from where they could damage any active satellites. Those that aren’t blasted away are carefully steered back towards Earth, where most small satellites burn up completely in the atmosphere. Bits of larger ones can make it all the way to the surface, but they are carefully aimed so that any debris falls into the ocean. In fact, about 2,500 miles off New Zealand’s coast at the bottom of the Pacific Ocean is a spacecraft cemetery, full of detritus from Russia’s Mir space station and many other deorbited satellites.

All this careful planning prevents the dangerous possibility of spacecraft chunks randomly falling to Earth, which could cause enormous damage if they hit a house or car (or, in an unlikely but possible and alarming scenario, a person). For Tiangong-1, however, there can

be no advance planning. “Based on our calculation and analysis, most parts of the space lab will burn up during falling,” Wu Ping, deputy director of China's Manned Space Engineering (CMSE) office, said at a press conference.

Parts of the space station, like its dense rocket engines, will not be incinerated. As Harvard astrophysicist Jonathan McDowell told the Guardian, “there will be lumps of about 100kg or so, still enough to give you a nasty wallop if it hit you.” With no way to control or aim Tiangong-1, those lumps could come down anywhere.

Of course, it’s highly unlikely that debris from Tiangong-1 will land in a populated area: most of Earth’s surface is covered in water, and much of the land is sparsely inhabited or uninhabitable. Even so, the space community does not like taking chances, and the idea of chunks of a spacecraft crashing down uncontrolled and unpredicted is unsettling. Wu said that “if necessary, China will release a forecast of its falling and report it internationally,” but that forecast may need to be vague.

One silver lining is that the space station’s unfortunate demise comes long after the end of its intended mission. As CMSE officials stated in 2014, “Tiangong-1 has obtained a great deal of application and science data, which is valuable in mineral resources investigation, ocean

This does not signal the end for Chinese space stations. Tiangong-1’s goal was to clear the way for China to safely continue expanding its crewed space program, while its primary purpose was to test the technology, like docking other spacecraft to the station, to be used in future, improved spacecraft, such as Tiangong-1’s successor, Tiangong-2.

Tiangong-2 was launched into orbit on September 15th. This new space station is the next step in China’s plan for a permanently-staffed orbital lab, like the International Space Station, but about a seventh as big. Tiangong-2 will have better living quarters than its predecessor, so astronauts can remain longer, as well as many more opportunities for scientific experiments, making it China's first space lab "in the strict sense," according to Wu.

In October, two astronauts will head to Tiangong-2 to start conducting a variety of experiments. Tiangong-2’s payload includes POLAR, a collaboration between Swiss, Polish and Chinese institutions to study gamma ray bursts, as well as a cold atomic space clock, which is expected only to lose one second every 30 million years. The astronauts will also study aerospace medicine, space physics and biology, and quantum communication. There will even be three experiments onboard from the winners of a Hong Kong middle school design contest.

As Wu put it, China's crewed space program has now entered a "new phase of application and development." For the first time since 2013, China will have astronauts in space again, on a brand-new, fully-functional space station. Tiangong-1 will fall back down to Earth, having paved the way for a new start for Chinese space science.