Space Junk Is Polluting Our Atmosphere, but China Thinks It May Have Found a Solution 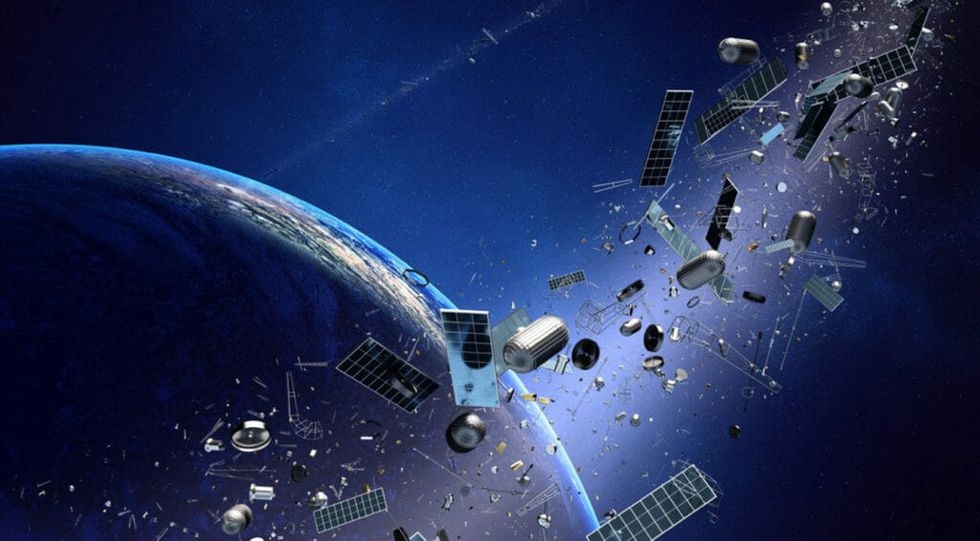 Here on earth, litter and pollution are problems. But thanks to old satellites and other manmade contraptions, earth’s orbit is also littered with junk.

The magnitude of space junk is problematic for more than existential reasons. The high-speed junk is a “deadly cascade,” said experts at the European Space Agency, threatening future space missions and satellites already in orbit.

Because of how fast the debris travels, even the smallest pieces can pose grave threats to the International Space Station and active satellites. Research by Lockheed Martin in 2014 found that every day there were 200 threats to orbiting satellites. In 2015, crew members of the International Space Station had to evacuate their living quarters after an old satellite came close to a collision.

China is one of the main contributors to the problem. A 2007 anti-satellite test alone generated thousands of pieces of debris that entered into earth’s orbit, the worst fragmentation in 50 years of space operations. Now, China is hoping to fix the problem with giant lasers.

In a paper published in the scientific journal Optik, Chinese scientists at the Air Force Engineering University in China described a study in which they successfully simulated an orbiting laser station that would use bursts of light to zap pieces of space debris under 4 inches long. These “zaps”—20 bursts of light per second for two minutes—would burn up the junk or push it out of the way.

After conducting a simulation, the researchers concluded that this would be an effective way to clean Earth’s orbit: “It provides necessary theoretical basis for the deployment of space-based laser station and the further application of space debris removal by using space-based laser,” the abstract states.

While theoretically possible, there are still a number of impediments before space-junk-zapping-lasers can be deployed. The lasers are only able to break up very small pieces of space junk. It is unclear whether they would be able to move larger pieces of junk out of a collision course.

In addition, the logistics of building the lasers would be complicated. It is unclear who would build the lasers, or how many there would be.

They also raise the serious question of whether the lasers could be used as weapons, including to destroy orbiting U.S. satellites and stations. Last year, U.S. General John Hyten warned that China was building space weapons to “challenge the balance of world power.” “They’ve been building weapons, testing weapons, building weapons to operate from the earth in space, jamming weapons, laser weapons, and they have not kept it secret. They’re building those capabilities to challenge the United States of America, to challenge our allies…. We cannot allow that to happen.”

Whether the lasers will be used to destroy U.S. satellites, space junk, or remain a theoretical response to the growing space junk problem remains to be seen. But with thousands more satellites expected to enter the earth’s orbit by 2025, it is becoming increasingly clear that we need a solution.