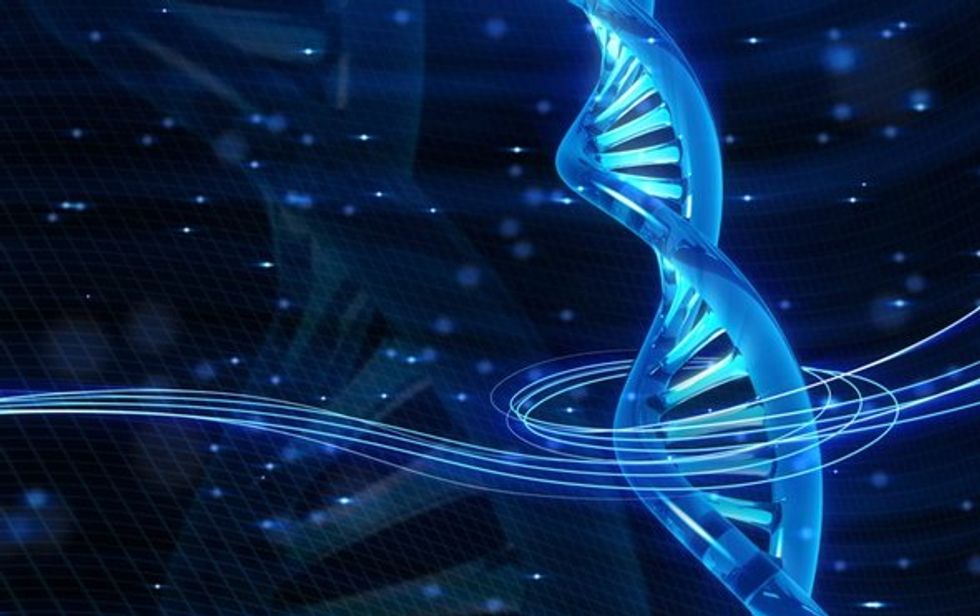 When a Washington man failed a paternity test, he was understandably concerned. That concern undoubtedly increased when he was told that it was his twin who was the father of his child—especially since the man had no twin. At least not one that was ever born.

The man is a chimera, a person who has two distinct sets of DNA. In this case, the man had absorbed the genes of his twin in the womb. It is theorized that “vanishing twin syndrome,” where one twin dies and is absorbed by the other, occurs in between 20 and 30 percent of pregnancies with multiple babies. About one in eight single childbirths are thought to start as multiple pregnancies.

In this case, the man took a paternity test after the couple’s son’s blood type didn’t match either parent. The child was born with the help of a fertility clinic, and the couple worried that his sperm had gotten mixed up with another donor.

The couple hired a lawyer, who advised that they get a 23andMe analysis done, which provides more detailed genetic testing than that done with paternity tests. The results showed that the sperm contained a “major” genome, making up about 90 percent of the sperm cells, which belonged to the man. The remaining 10 percent belonged to the twin. The genomes in the 10 percent matched up with the child.

The lawyer shared the results with geneticist Barry Starr. “It just leapt out at me: uncle,” said Starr. “If it was a parent-child relationship, you would see 50% of the DNA related. If it is an uncle to a niece or nephew, it’s 25% related. This man and his son were 25% related.”

“So the father is the fusion of two people, both the child’s father and uncle. That’s wicked cool,” said Starr.

What makes this case even more unusual is that the cells made it into his sperm. This is the first known case of a paternity test being fooled by a chimera.

However, the twin’s DNA appears to have manifested itself beyond the man’s sperm. The man’s skin shows a striping pattern because his skin cells are also a chimera of the two. His twin’s skin tone was slightly darker than his own. It is likely other of his tissues and organs also contain a mix of DNA.

Human chimeras can form in other ways as well. Chimerism is what happens with successful organ transplants, as well as with stem cell-based treatments. With the increase in stem cell research, and the increase in multiples as a result of fertility treatments, it is likely the number of chimeras will increase too. And that can have ramifications beyond the genetic.

“What is interesting is to explore in what way this affects the person’s feeling of identity,” said Dieter Egli, a stem cell scientist at Columbia University. “These are questions that are more important as we start to use cell therapies and cell transplantations as well.”