Mysterious New Condition That Causes Paralysis In Children Has Experts Stumped, and Incidents Are On The Rise 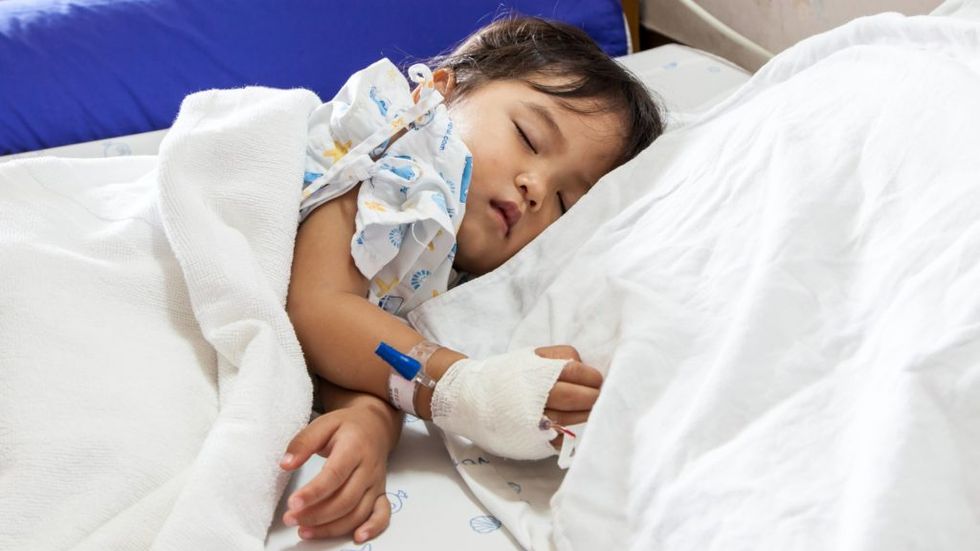 The headlines began in 2014: Formerly healthy children contracted what seemed to be a minor upper respiratory infection and were suddenly paralyzed — sometimes one limb, sometimes multiple limbs, sometimes permanently.

Parents and experts wondered if it could be a brand-new virus, West Nile disease, or even a mutated version of polio, which hadn’t been seen in the U.S. since the late 1970s.

While the 2014 cases included only a handful of children, as of late October there are now 155 patients under investigation — up from 127 a week prior — for what experts have now identified as acute flaccid myelitis (AFM), a condition affecting the nervous system and striking mainly children. The average age of an AFM patient is 4 years old.

Though the condition is still rare, affecting fewer than 1 in a million and occurring mainly in the late summer and fall, scientists still aren’t sure what causes it. There isn’t any significant geographical clustering, and while enterovirus — which typically causes mild coldlike symptoms — has been detected in some cases, experts don’t have enough information to formally single it out as the culprit. Adding to the mystery, the number of cases seems to be cyclical, peaking every other year. Some experts believe this is further evidence of an enterovirus involvement, since one particular strain, D68, is also known to have biannual cycles.

“We have seen an every-other-year pattern in late summer to early fall of a surge in cases in acute flaccid myelitis,” Kevin Messacar, a pediatric infectious disease specialist at Children’s Hospital Colorado in Aurora, told USA Today. “It directly correlates with the time D68 has been circulating at our institution and reported by colleagues in other parts of the country.”

Messacar told USA Today he also believes the number of cases to be much higher than the number reported by the CDC.

While some children eventually make a complete recovery from AFM, others do not; cases have also been reported where multiple children in the same household will fall ill simultaneously with what seems to be a cold, but only one develops AFM, further complicating the puzzle for health experts.

"We don't know a lot about the long-term prognosis of AFM right now. That's something that we're still really learning about," pediatric rehabilitation physician Dr. Laura Jones, who is currently caring for a 2-year-old whose bout with AFM has left her confined to a wheelchair, told CNN. "We know that some kids have great recovery and recover really quickly, and other kids continue to have a lot of weakness going forward, but we haven't determined what factors decide which kids fall into which category yet."

Doctors say it’s important for terrified parents to remember that the disease is still exceedingly rare, but to be sure to seek immediate medical attention if a child suddenly develops weakness in his or her arms or legs, as AFM is “potentially devastating,” Messacar said. “We haven’t seen cases of permanent paralysis like this since the era of the polio virus. Even though these cases are uncommon, they’re potentially life-changing and can lead to lifelong illness. It should be taken seriously.”