Some Forms of Cancer Are Transmissible Among Certain Animals, Could Humans Weaponize It Against Our Own? 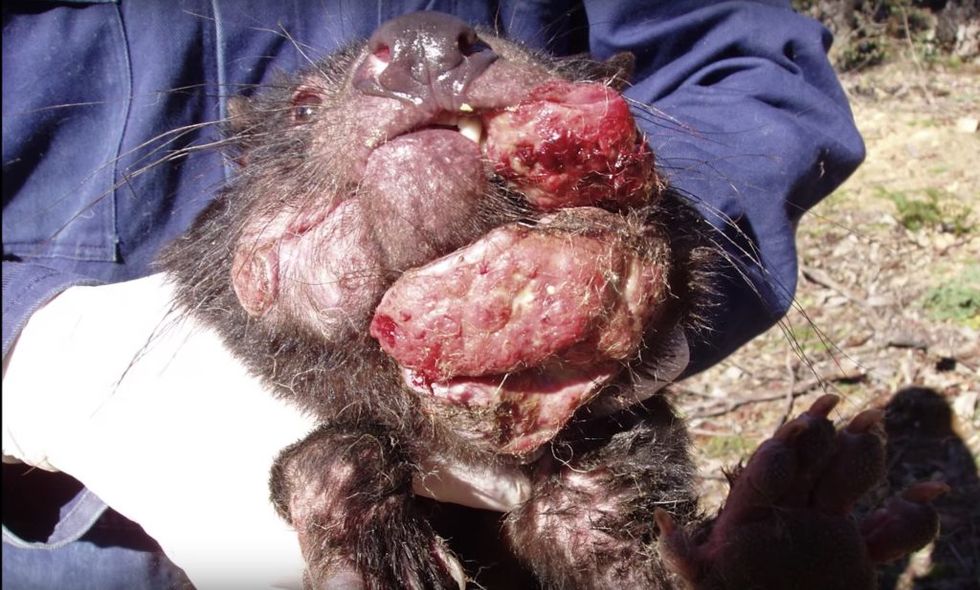 Cancer continues to be one of the most prominent causes of death globally. According to the World Health Organization (or WHO), cancer accounted for more than 7 million deaths worldwide in 2008, and in the span between 2008 and 2030 the annual death rate is expected to shoot up more than 45% to nearly 13 million deaths. The National Cancer Institute has determined that for every 100,000 persons there will be 439 new cases reported and 164 cancer-related deaths.

Further broken down, on a daily basis, there are projected to be 4,750 new cases and 1,670 deaths. And these staggering spread and mortality rates are for a disease that cannot be spread from person-to-person. It is frightening to contemplate what the statistics would be if cancer were communicable and how much higher the rates of incidence and attributable deaths would be. While contagious forms of cancer do exist, humans are fortunately not susceptible to them.

Interestingly, three distinct forms of cancer have been shown to be transmissible among non-primate species. Clustered together, they are referred to as “clonally transmissible cancers,” where a single cancer cell or a group of cancer cells can be transferred from one individual to another. Importantly, this transmission occurs in the absence of one of the known viral agents that can trigger cancer. That they are categorized as “clonal” means that each cancer shares a common ancestry.

Dogs are one type of animal that is susceptible to the transmission of a unique form of cancer called canine transmissible venereal tumor (or CTVT). The symptoms associated with this particular “contagious cancer” present as lumpy genital tumors. For reasons that are still being investigated, the canine immune system does not recognize the transferred cancer cells as “foreign” entities that need to be fought.

Another form of contagious cancer afflicts Syrian hamsters called contagious reticulum cell carcinoma (or CRCC). The transfer of invading cancer cells from one individual to another is facilitated by a mosquito delivering the cancer cells to other individuals as it collects blood.

Molecular biologists at Columbia University and the Pacific Northwest Research Institute led an investigation into the nature of the cancerous cells in the blood fluid of clams and discovered that the genetic code of the cancerous cells was distinct from that of the DNA of the clams. The cancerous cells were all derived from a single clone source that appears to have an origin dating back many years ago. These scientists have had to contemplate that the contagious cancers of marine bivalves are being transferred through the water without actual physical contact.

As briefly stated above, infection with one of these transmissible cancers appears to happen through the exchange of live cancer cells from an afflicted individual to another that is cancer-free. It is highly unusual for a form of cancer to behave in such a way since cancer typically develops from the accumulation of mutations within a person’s own cells or from infection with a cancer-causing virus that disrupts the molecular genetic pathways in a person’s cells. When a type of cancer eventually kills its host, it should die with that individual and not be able to perpetuate itself further in another person.

At the University of Cambridge, a transmissible cancer research group (called the TCG) has been investigating both the canine and Tasmanian devil transmissible cancers. Dr. Elizabeth Murchison, who heads up the TCG, describes the situation as cancer cells figuring out “a way to cheat death… Instead of disappearing with their original host, they’ve managed to survive and take on a life of their own."

Unlike normal cancer, these transmissible cancers do not contain the same DNA sequences as the host they are invading. The contagious cancers possess only the genetic code of the original host that initiated the perpetuation of this cancer. The genomes of these cancer cells are remarkably stable when compared to traditional forms of cancer. Indeed, Dr. Maire Ni Leathlobhair has been able to trace the genetic source of the CTVT to a dog that lived more than a thousand years ago. Of course, in the intervening time, the DNA from that original afflicted dog has accumulated mutations, but the original genetic sequences are still present. This contagious cancer has been found on every continent except Antarctica with cases reported in at least 90 different countries, all derived from a common ancestral cancer cell.

The earliest recorded description of CTVT came from a London-based veterinarian in 1810, who noted the tumorous growths on dogs in a book he authored on animal diseases. Later, a Russian veterinarian demonstrated in a scientific publication that the tumors collected from one dog could be transferred to another. Others attempted to infect other related animal species with the same tumors, where the cancer survived for only a limited amount of time, suggesting that it was largely adapted to survival in a dog host, that the cancer requires its host to be genetically similar to its original host.

In a bizarre note, the late president of Venezuela, Hugo Chavez claimed that he was deliberately infected with a type of cancer.

Chavez was diagnosed with cancer in 2011 to which he eventually succumbed in early 2013. Verifiable cases of human-to-human transmission of any form of cancer are incredibly rare. Thus, while his claim is highly unlikely, it is not completely outside the realm of possibility. There was an isolated case reported, where a patient afflicted with a type of sarcoma transmitted it to a surgeon during an operation where the doctor’s hand was injured. It is also possible to acquire cancer from an organ donation if the donor material possessed cancer cells.

Addressing the idea of using cancer as a murder weapon to deliberately give someone a lethal form of cancer, most scientists and doctors would argue that it is improbable. Given that the known transmissible cancers tend to successfully perpetuate themselves among genetically similar organisms, it has been hypothesized that genetically diverse species such as humans are not suitable hosts. Thus, it is unlikely that a contagious cancer could be responsible for Hugo Chavez’s cancer. However, apart from transmissible cancer, it is possible to infect someone with a cancer-causing virus such as a papillomavirus that is known to cause cervical cancer, but the outcome of inoculating someone against their will with such a virus is far from certain.

In the end, the study of contagious cancers can provide valuable insights into how these totally foreign cellular invaders are able to blind the host’s immune system to their presence. And finding ways to circumvent that unique property could potentially lead to new innovations in attacking cancers that plague the majority of the human population.