One Breath Into This Could Diagnose 17 Different Diseases 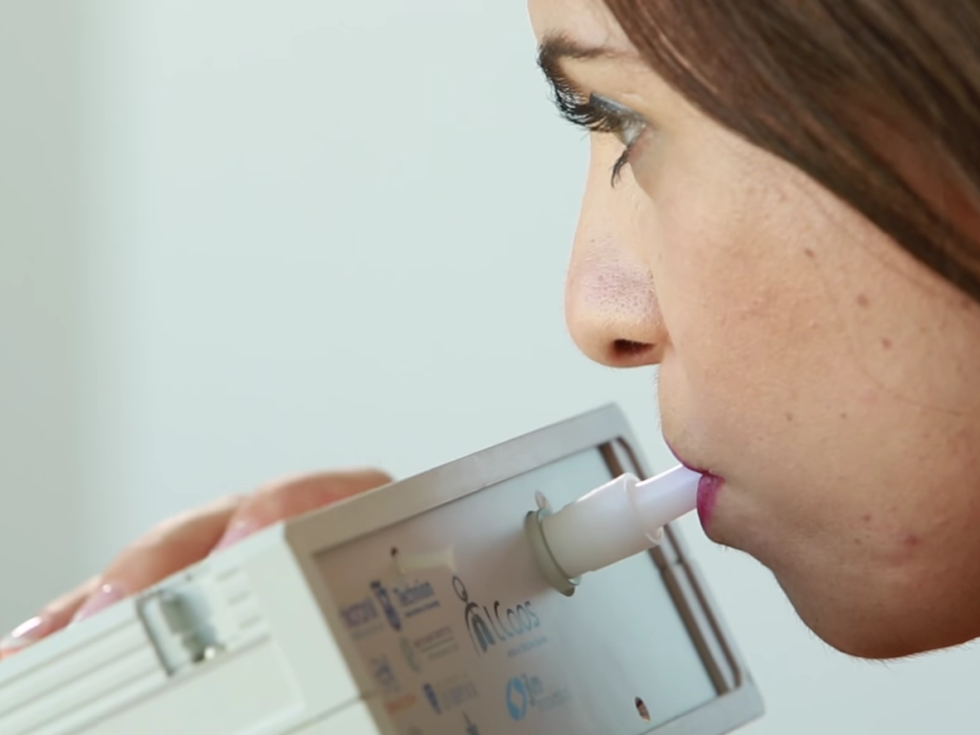 Don’t pick up that toothbrush yet. Your breath could be useful to detect whether you have lung cancer, Crohn’s, multiple sclerosis, or 14 other diseases, a study published last month in the journal ACS Nano found.

The study was performed on just over 1,400 people from several different countries, who were told to breathe into a breathalyzer. Roughly two-thirds had a diagnosed illness, while the other third acted as a control set in the study. The breathalyzer correctly identified each individual’s disease with 86 percent accuracy.

Smelling a patient’s breath, blood or other excretions is not a new way of diagnosing disease. 2,500 years ago, Hippocrates told his students to smell their patients’ breath to diagnose diseases like diabetes. But the breathalyzer is a more scientific, and accurate, way of finding out what ails patients.

The breathalyzer looks at volatile organic compounds (VOCs)—microscopic compounds found in breath, blood and other bodily substances—to detect the conditions. More than 100 of these compounds are exhaled in each breath, 13 of which are associated with different diseases.

The scientists used artificial intelligence to measure the VOCs in each breath, determining whether they fell into a healthy range. The VOC outputs were then matched to a database of diseases showing the same VOC concentrations in various diagnoses. “Each disease has its own unique breathprint,” explained the researchers.

One of the most promising aspects of the breathalyzer is that it can detect diseases early, often before they are symptomatic. “One of the major challenges in the modern era of disease diagnosis is how we can detect the disease when we are still feeling healthy,” said Hossam Haick of the Technion-Israel Institute of Technology, who led the research team. He continued that the breathalyzer can catch the disease in the early stages, and may be able to predict people who are at high risk of developing certain conditions.

The breathalyzer is still in its testing phase. It needs further testing and better accuracy before it can be used for diagnosis in a medical setting. But, if it gets through the testing phase, the device could be an “affordable, easy-to-use, inexpensive and miniaturized [tool] for personalized screening, diagnosis and follow-up,” wrote the researchers.

The researchers are even contemplating integrating the technology into smartphones—meaning the next time you call home, you might find out you are in the early stages of illness. While somewhat creepy, that technology could save a lot of lives in diseases like cancer where early detection is crucial.

Said Nisreen Shehada of Technion, “If we add a step that is not painful, that is not invasive, something that people won’t be afraid of, I’m hoping that more people [will] be tested and that way we can diagnose cancer at much earlier stages.”