Did the LHC Just Break the Standard Model of Particle Physics?

The Standard Model has dictated how we view matter and particles for decades. However, a recently-published paper from Polish physicists at CERN presents potential evidence against it. 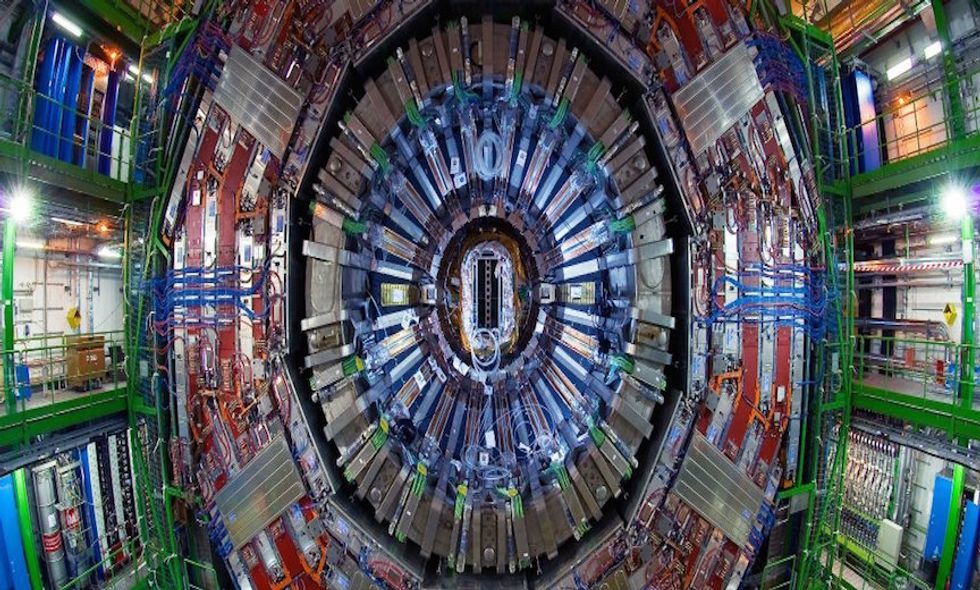 Until recently, all particle physics measurements fit the predictions of the Standard Model, a widely-accepted framework describing subatomic particles and how they interact. Scientists at CERN’s Large Hadron Collider (LHC), the world’s largest and strongest particle collider, study subatomic particles by smashing them together at speeds close to the speed of light and observing the results.

Over the past few months, researchers at the LHC have taken a step toward proving that at least one process may not follow the rules of the Standard Model. Because the Standard Model is a scientific cornerstone of how we view our world, describing the building blocks of matter and how they fit together, any proven digression from its predictions would be monumental.

The 2011-2012 observations showed slight but potentially important deviations from the predicted rate of production of tau leptons and muons through b-meson decay when analyzed in 2015. At the time, there was insufficient evidence to declare aviolation of the Standard Model. New methods of analysis this year, however, have allowed scientists to move one

step closer to proving that b-meson decay violates lepton universality, a proof that may necessitate major changes to the Standard Model. As lead researcher on the most recent b-meson decay study, Prof. Mariusz Witek, said, “To put it in terms of the cinema, where we once only had a few leaked scenes from a much-anticipated blockbuster, the LHC has finally treated fans to the first real trailer.”

That trailer came in the form of a new examination of the data, which shows that the products of b-meson decay shoot off at angles different from those predicted within the Standard Model. The discrepancies in angle, along with the apparent deviations from the predicted rate of production of tau leptons and muons, may point to a break in lepton universality.

This potential evidence has not been conclusively proven; the scientific paper, published in February in theJournal of High Energy Physics, puts the certainty of the results at a level well below what is necessary to call this a “discovery.” Dr. Marcin Chrząszcz, a physicist at the Institute of Nuclear Physics of the Polish Academy of Sciences and a lead author of the paper, explained, "We cannot talk of a discovery until the rate of accuracy rises to above 5 sigma.” At 5 sigma, the likelihood of the event occurring as a random coincidence is about one in 3.5 million. For the results of this experiment, that likelihood is about one in three thousand—enough to indicate that there may be a discrepancy, but not enough to serve as definitive proof.

Regardless of the uncertainty surrounding the b-meson decay inconsistencies, there are already hypotheses about what might cause them. The foremost hypothesis is the existence of an

entirely new particle involved in this process—a particle not predicted by the Standard Model. Alternately, it is possible that past theoretical calculations within the Standard Model simply have not taken into account all of the variables that could affect the b-meson decay mechanism. It’s not close yet clear what causes discrepancies between theory and observation in this case, or even if those discrepancies are entirely real, but if they are it could mean a reckoning for the Standard Model.

In 2015, the LHC drastically increased its capability for smashing particles together—the obtainable energy levels within the collider increased by 60 percent over its previous record. A more powerful collider will enable an increase in possibilities for experimentation; whether the Standard Model as we know it today will stand the test of further examination, only time can tell.

As Prof. Witek concluded, “Just like it is with a good movie: everybody wonders what's going to happen in the end, and nobody wants to wait for it.” We’ll just have to wait for now.