Yes, Our Brains Have an Auto-Pilot Mode and It Explains So Much

A new study finds evidence that our brain’s “default mode network” may help us perform routine tasks on “autopilot.” 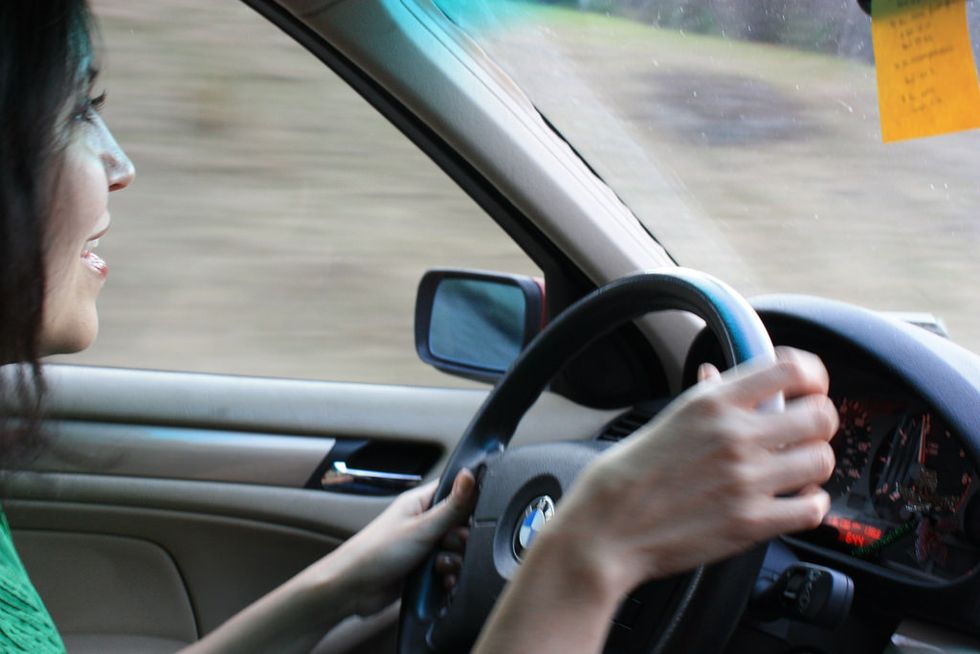 Ever driven a long distance and been shocked to arrive at your destination with no memory of the trip itself? Turns out a wandering mind is nothing to worry about, and that daydreaming may, in fact, be linked to a brain mechanism that spares you from focusing on the daily grind.

A new study sheds further light on the little-known workings of the brain’s default mode network (DMN), a group of interconnected brain regions believed to be responsible for daydreaming and mind wandering. Its results provide compelling evidence that, in addition to helping spur “eureka” moments in well-known daydreamers from Einstein to Archimedes, the DMN plays an integral role in our ability to perform tasks on autopilot, allowing us to guess likely outcomes ahead of time, and thus devote fewer mental resources to mundane tasks.

The study challenged the idea that the brain’s “default mode” is passive. To examine how this mode directly impacts brain activity, researchers monitored 28 volunteers’ brains as they sat in an MRI scanner while completing a novel task, and continued to track activity as the task became routine. Specifically, participants had to figure out how to match sets of cards with no instructions provided; for instance, the cards might match based on numbers, shapes or colors. Once participants understood the rules, they began matching cards almost automatically; this behavioral shift aligned with a shift in their brain activity from the Dorsal Attention Network, which helps select and process salient visual information, to the DMN.

Additionally, those with stronger interactions between the DMN and hippocampus (the region responsible for memory) performed more accurately, suggesting the DMN actively engages with memory to allow us to complete routine tasks while “tuned out.” Senior author Emmanuel Stamakis concluded: “We showed that the DMN is not a bystander in these tasks: it plays an integral role in helping us perform them."

Nevertheless, neuroscientists still know very little about how this network operates and what realms of cognition it controls. Several prior studies reveal tantalizing details about the DMN’s role in creative thought.

Recently, researchers found evidence linking daydream frequency with intelligence and creativity. Participants completed MRI scans and cognitive ability tests, as well as a “mind wandering questionnaire” measuring their typical daydream frequency. Those who reported daydreaming the most had the highest cognitive test performance; they also showed stronger interactions between the DMN and frontoparietal control network (which controls working memory and the ability to adapt to situations).

Again, this study indicates that even when we perceive our minds to be wandering, the DMN is still engaging with other portions of the brain."People tend to think of mind wandering as something that is bad. You try to pay attention and you can't. Our data are consistent with the idea that this isn't always true. Some people have more efficient brains,” concludes head researcher Dr. Eric Schumacher. “Our findings remind me of the absent-minded professor — someone who's brilliant, but off in his or her own world, sometimes oblivious to their own surroundings.”

Some experts argue that it’s not the DMN alone that helps innovators achieve their “aha!” moments, but the ability to fluidly transition between being on autopilot and being attentive. Throughout her research, Dr. Kalina Christoff has noticed that creative people frequently toggle between relaxed brainstorming sessions and sharp analysis of each brainstorm’s results. "Unbridled freedom of thought and spontaneity could be hugely important for creativity, but it's only half of what's necessary," Christoff notes. "The other half is to be incredibly critically and in a very constrained way evaluate the products."Behavioral scientist Andrew Smart draws similar conclusions: "To be most creative, you need this oscillation between deep study with focused attention and daydreaming, which is why you may have your great ideas when you're in the shower."

Backing up these observations, psychologists John Kounios and Mark Beeman scanned participants’ brains while solving a mental puzzle, and found that the brain shifts rapidly inward just before a moment of insight, lighting up an area typically used to analyze and understand metaphors. Deeming the shift a “brain blink,” the psychologists noted that relaxation and a positive mood were critical to these “eureka” moments. Perhaps more important to a flash of inspiration is the individual’s awareness of it. Researcher Dr. Jonathan Schooler sums it up: “For creativity, you need your mind to wander, but you also need to be able to notice that you’re mind-wandering and catch the idea when you have it. If Archimedes had come up with a solution in the bathtub but didn’t notice he’d had the idea, what good would it have done him?”

So why should we care about the default mode network and its mysterious mechanisms? For one thing, a working DMN is vital to our mental well-being: researchers havelinked abnormal DMN activity to a host of disorders, from Alzheimer’s and ADHD to schizophrenia, though further research is needed to fully explain these connections. For another, going on autopilot helps us relax in stressful or mundane situations. Sayspsychologist Dr. Jonathan Smallwood, “People assume mind wandering is a bad thing, but if we couldn’t do it during a boring task, life would be horrible. Imagine if you couldn’t escape mentally from a traffic jam.”

Finally, perhaps further findings on the DMN’s activities will encourage us to leave ourselves room to just “zone out,” to mix a healthy dose of daydreaming into our tightly-scheduled routines.