So How DO You Take a Picture of a Black Hole? 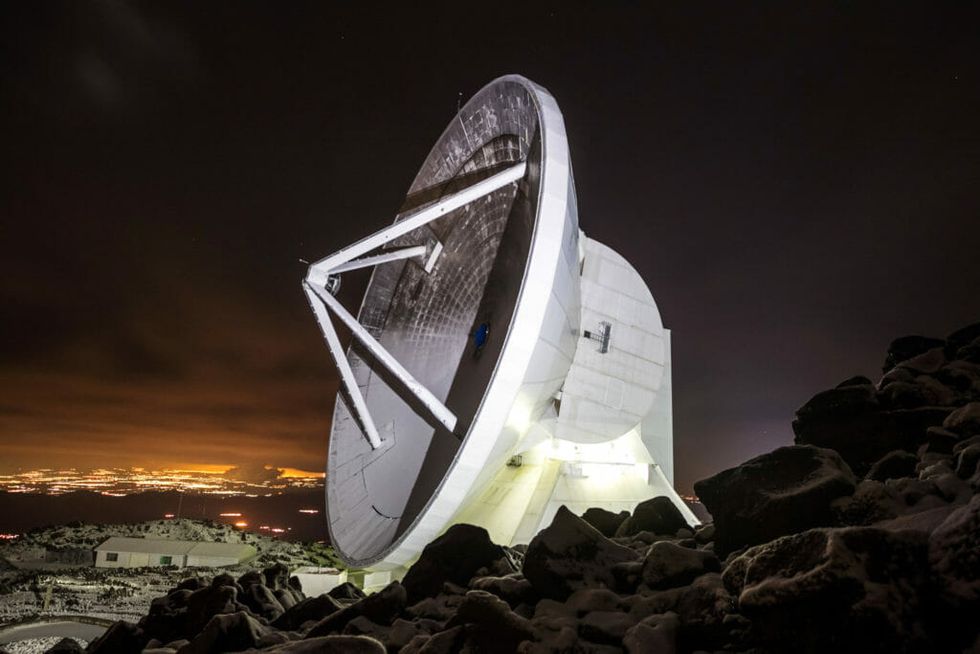 Taking a picture of a black hole focuses less on its core than its edges, and the light and debris surrounding it. Scientists have long believed that black holes are large, extremely strong gravitational bodies that prevent even light from escaping. A series of special telescopes were placed across the globe to capture giant amounts of data about a black hole in our own galaxy. Researchers now begin to process this information, hoping to create the first photograph of a black hole by 2018.

Scientists primarily focused on photographing the supermassive black hole known as Sagittarius A* (Sgr A*) in the center of the Milky Way. Sgr A* is only about 30 times larger than our sun and is 26,000 light years away. Gopal Narayanan of the University of Massachusetts, Amherst, who works on the project, explained that the size and distance makes this effort akin to photographing a grapefruit on the Moon.

To improve visibility, scientists developed the Event Horizon Telescope (EHT), which collects data through eight telescopes spread across the globe. This technology, known as Very Long Baseline Interferometry (VLBI), requires multiple telescopes in numerous locations to observe the same object. The use of VLBI creates highly detailed images of tiny sections of the sky.

"Instead of building a telescope so big that it would probably collapse under its own weight, we combined eight observatories like the pieces of a giant mirror," according to Michael Bremer, project manager for the Event Horizon Telescope. "This gave us a virtual telescope as big as Earth.” Bremer added, "For the first time in our history, we have the technological capacity to observe black holes in detail."

What Will Scientists See?

stars orbiting invisible objects and large amounts of x-rays and jets that appear to have emanated from what scientists conclude must be black holes.

Even with the EHT, the photograph will focus more on the event horizon—as suggested by the telescope’s name—the edge of the circle inside which nothing, not even light, escapes. Gas should highlight it more brightly on one side as the massive object rotates.

Scientists posit that the light is created when objects cross the event horizon and are absorbed by the black hole. They hope the data retrieved by the EHT should begin to answer some of these types of questions.

The team first had to contend with its biggest foe: weather. The study had been arranged for data collection between April 5 and April 14, 2017 – with only five opportunities to gather data during that time period. The EHT used millimeter radio waves, a successful method to transmit through the thick dust and gas found at the galaxy’s core and return signals back to Earth. However, any water in the atmosphere could interfere with the transmission of radio waves. The telescopes were placed at high altitudes as a precaution, but incoming precipitation or high winds could derail an observation.

Vincent Fish, who worked out of the MIT Haystack Observatory in Massachusetts, said, “The probability of having really good weather at every site is almost zero.” He spent the week on 24-hour call, sleeping poorly with his cell-phone ringer on high, waiting for news.

“It’s a heartbreaker if you fire off a night and [bad] weather closes in,” according to Shep Doeleman, director of the Event Horizon Telescope at the Harvard-Smithsonian Center for Astrophysics.

After the final observation concluded on April 11 at 11:22 a.m. ET, Fish watched the team’s group chat light up his computer. Researchers reveled in their accomplishment by opening

a special bottle of scotch or listening to “Bohemian Rhapsody.” Fish said, “I’m very happy and very relieved, and I’m looking forward to getting a good night’s sleep.”

In many ways, the work is only beginning for this research team. The huge amount of data from the EHT would overwhelm any attempts at electronic transmission. Equal to the storage capacity of 10,000 laptop computers, it has been stored on 1024 hard drives and will be flown to EHT’s two processing centers in Massachusetts and Bonn, Germany.

In fact, researchers won’t be able to ship data from the South Pole until the end of their winter in late October. It may be 2018 before scientists know if an actual photograph can be rendered from the gathered information.

"The images will emerge as we combine all the data," Bremer explained. "But we're going to have to wait several months for the result."

But researchers are confident about the value of the earliest processed information. “Even if the first images are still crappy and washed out, we can already test for the first time some basic predictions of Einstein's theory of gravity in the extreme environment of a black hole,” according to Heino Falcke, radio astronomer from Radboud University in The Netherlands.

Falcke added that those first images “will turn black holes from some mythical object to something concrete that we can study.”