Scientists Say This Boy Shouldn't Be Able to See, But He Probably Sees Better Than You 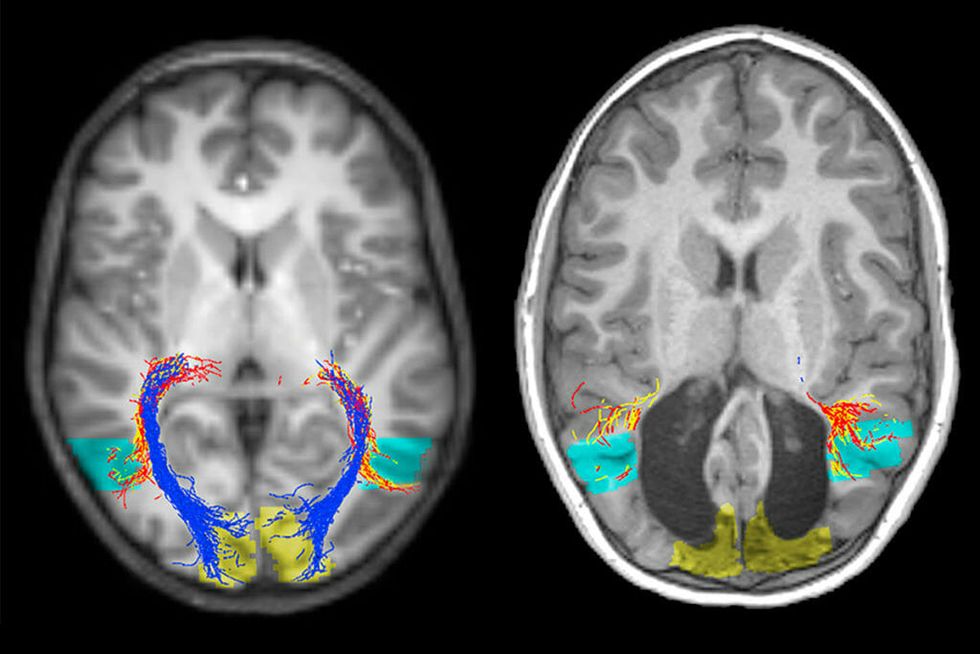 When young people learn about their five senses, they learn the basics: which parts of their body allow them to see, smell, taste, hear and touch. But sight for one Australian seven-year-old is much more complicated. A recent case study shows that he is the first known person to be able to see despite damage to the “seeing” part of his brain.

Not only can the boy, known as B.I., see, he can see better than many people with normal brains. He’s simply a bit near-sighted.

Researchers from the Australian Regenerative Medicine Institute at Monash University in Melbourne conducted the case study of the boy, who was born with a condition that severely damaged his visual cortex when he was only two weeks old.

The visual cortex—and specifically the bilateral occipital lobe—was previously thought to be vital to a human’s sense of sight. It’s the place where the brain processes electrical signals that come from the eyes. And until now, scientists have not recorded anyone who was still able to see despite that brain region being damaged or destroyed. Yet somehow, B.I. can.

“You would think he is blind,” said Iñaki-Carril Mundiñano, one of the researchers. But not only is B.I. not blind, he lives life much like any other seven-year-old. “He navigates his way around without any problems and plays soccer and video games.”

The researchers believe that B.I. might have benefited from his brain injury happening at such a young age. Because his brain was still developing, it may have created a workaround to allow information to still move from his retinas to other parts of the brain that help him see. They tested this theory by mapping his brain using magnetic resonance imaging, and found that another path to the visual cortex in B.I.’s brain was larger than expected.

Fans of Oliver Sachs might find this story a bit familiar and wonder about the claim that B.I. is the first person documented with this particular condition. The late neurologist wrote in The Man Who Mistook His Wife for a Hat about a man who could see despite the fact that his brain didn’t properly process visual information. The title of the book came from an anecdote in which the man genuinely mistook his wife’s head for a hat and tried to grab for it and put it on.

That man was known to have cortical blindness, which is typically what happens to people whose visual cortices are impaired. Lesions on the visual cortex are known to cause other issues as well. The most common is known as “blindsight,” in which a person doesn’t “see” in the way most humans do, but can effectively “sense” things without being consciously aware of images.

But B.I. is the first case researchers have studied in which the person can see with little difficulty and be conscious of images despite having no use of his bilateral occipital lobe at all. This specific discovery only affects a very small number of people, but it may shed a bit more light on how we see.