Ancient Canadian Village Thought To Be Legend Has Just Been Unearthed 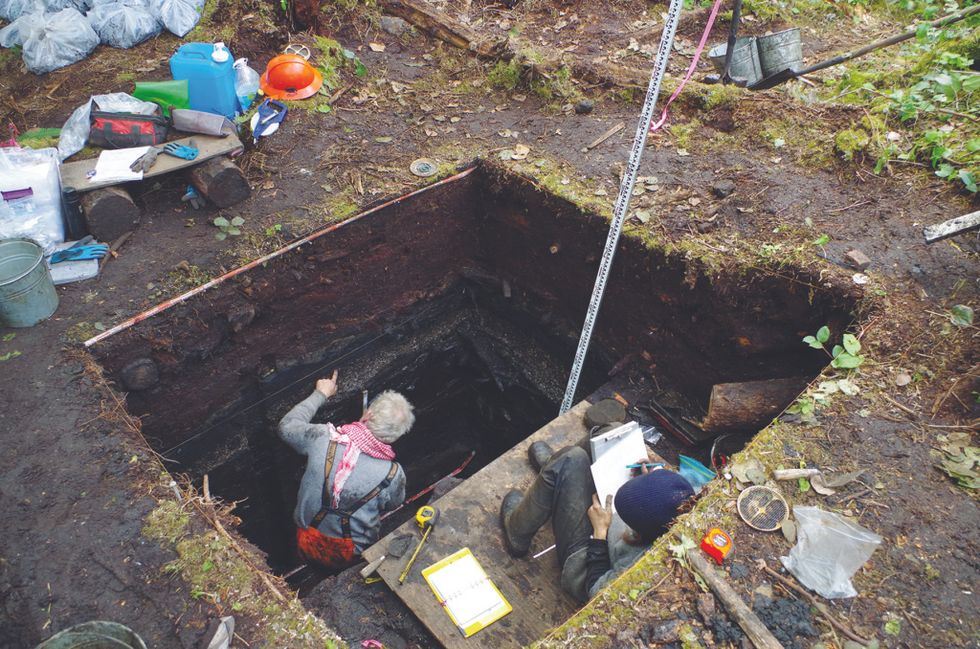 The excavation, supported by the Hakai Institute and led by doctoral student Alisha Gauvreau of the University of Victoria and her team, discovered artifacts like fish hooks, a hand drill for igniting fires, and a cache of stone tools, from an ancient village in the traditional Heiltsuk Nation territory.

They also found a paleosol—a thin, horizontal layer of soil—that contained something that looked like a hearth. They were able to isolate some charcoal flakes and send them to a lab for carbon dating. When the charcoal flakes came back, they were found to be between 13,613 and 14,086 years old, making them some of the oldest artifacts found in North America.

“We were so happy to find something we could date,” said Gavreau.

The discovery has broad implications for the history of the settlement of North America, in particular how humans entered the Americas. One theory is that early travelers walked over an Alaskan land bridge from Siberia, then made their way through eastern and central Canada.

“The alternative theory, which is supported by our data as well as evidence that has come from stone tools and other carbon dating, is people were capable of traveling by boat. From our site, it is apparent that they were rather adept sea mammal hunters,” said Gauvreau.

The discovery also makes it apparent that the coastal areas were habitable during this period. “Archeologists had long thought that . . . the coast would have been completely uninhabitable and impassible when that is very clearly not the case,” Gavreau explained.

The find is important for another reason as well—because “it reaffirms a lot of the history that our people have been talking about for thousands of years,” said William Housty, a member of the Heiltsuk Nation. Housty opined that the added validation by “Western science and archaeology” can also help the Heiltsuk people as they negotiate with the Canadian government over title rights to their territory.

“When First Nations talk about time immemorial, it just goes to show how far back the occupation of this land goes back in deep time,” said Gauvreau.