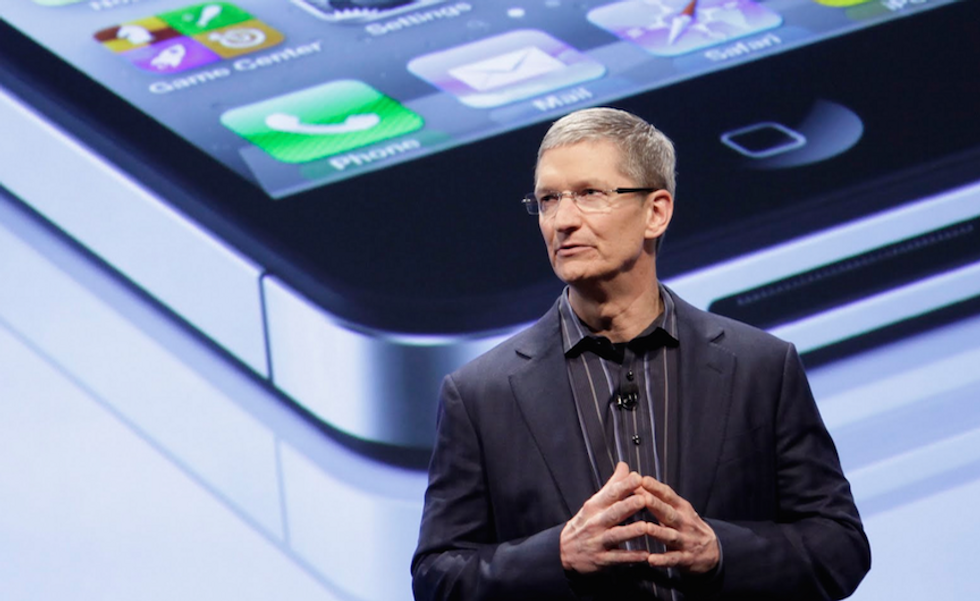 Yesterday, a federal judge in California ordered Apple to assist the FBI in unlocking an iPhone used by one of the shooters in the San Bernardino attack that killed 14 people and injured 22 others. Late last night, Apple shot back.

Judge Sherri Pym of the U.S. District Court in Los Angeles said Tuesday in an order that Apple must provide “reasonable technical assistance” to investigators trying to unlock the data on an iPhone 5C owned by Syed Rizwan Farook. Farook and his wife, Tashfeen Malik, were killed by police after the couple attacked Farook’s coworkers during a holiday gathering last December.

Around the time of the attack, Farook and his wife destroyed two of their cell phones and removed a hard drive from their computer.

The order would require Apple to build special software that would act to unlock the phone—technology that does not currently exist. In particular, assistance would include disabling the phone’s auto-erase function, which activates after the user’s password has been entered incorrectly ten consecutive times, and also helping investigators submit password guesses electronically. “Apple has the exclusive technical means which would assist the government in completing its search, but has declined to provide that assistance voluntarily,” said prosecutors involved in the case.

In a “customer letter” on Apple’s website, CEO Tim Cook publicly opposed the judge’s order and said it would contest it formally in court, citing to privacy issues and “implications far beyond the legal case at hand.”

“The government is asking Apple to hack our own

users and undermine decades of security advancements that protect our customers—including tens of millions of American citizens—from sophisticated hackers and cybercriminals,” wrote Cook.

Cook continued, “Opposing this order is not something we take lightly. We feel we must speak up in the face of what we see as an overreach by the U.S. government. . . . While we believe the FBI’s intentions are good, it would be wrong for the government to force us to build a backdoor into our products. And ultimately, we fear that this demand would undermine the very freedoms and liberty our government is meant to protect.”

The Justice Department, when asked about Apple’s resistance, referred to a statement by Eileen M. Decker, the United States attorney for the Central District of California: “We have made a solemn commitment to the victims and their families that we will leave no stone unturned as we gather as much information and evidence as possible. These victims and families deserve nothing less.”

This battle between privacy rights and victims’ rights is not likely to be resolved soon. The legal basis for the order–which relies on statutory interpretation of the All Writs Act of 1789—may lead to complicated appeals and, ultimately, may wind its way up to the Supreme Court.