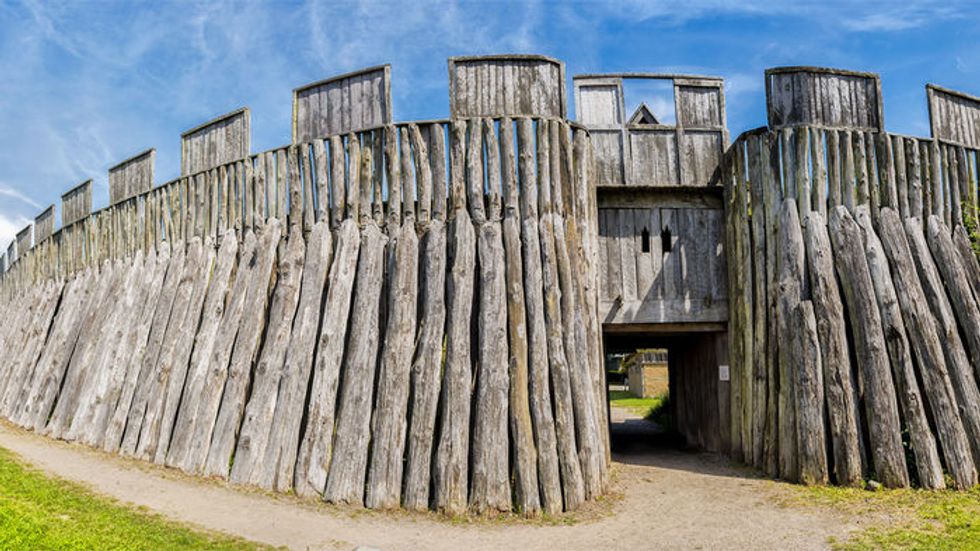 With two hit television shows bringing Scandinavian warriors from the Middle Ages into our living rooms, it might be considered the Second Golden Age of Vikings. But due toLIDAR technology and mapping, it’s also a golden age for Viking archaeology. Archaeologists are now able to fill in many unexpected details for the production teams of television’s Vikings and The Last Kingdom, adding richness to the programs’ complex and complicated societies.

New research techniques have made it easier for scientists to test hunches and intuition before pouring grant money into expensive field work. That paid off handsomely in Denmark, where archaeologists discovered an incredible 1,000-year-old ring-shaped Viking fortress on Zealand, an island off the rugged coast near Copenhagen. Even more intriguing, the new fortress — which they’re calling Borgring — indicates that these ancient warriors were far more technologically and architecturally advanced than is commonly believed.

Søren Michael Sindbæk, a professor of archaeology and heritage studies at Denmark’s Aarhus University, is as much a sleuth as a scientist. Previously, four ring-shaped fortresses had been discovered in Denmark in the 1930s, but their locations defied common sense. The fortresses were scattered widely, with seemingly undefended gaps between that would have made it difficult to protect the homeland. More fortresses must have been built, but where to look?

Sindbæk reasoned that additional fortresses would be close to well-traveled land routes, with easy access to water, so he concentrated his efforts on sites meeting these criteria, which included Zealand.

This is where the research gets high-tech. Archaeologists have started to make use of LIDAR images to find structures hidden beneath the soil. LIDAR stands for Light Detection and Ranging;it’s a remote sensing method similar to RADAR, using light in the form of a pulsed laser to created detailed, three-dimensional surface maps. The impressive detail is a great boon to archaeology; LIDAR surface maps can often distinguish between underground features that are less than a foot apart.

For archaeologists, LIDAR is the Holy Grail, enabling them to detect structures buried deep below the surface. When Sindbæk and his team walked the site, they found few clues, but with a LIDAR image that suggested a massive underground ring, they knew they had made a momentous discovery, and started digging.

The Borgring fortress is huge for the so-called Dark Ages. The palisade was 14 yards wide and seven yards tall, and the structure itself is a full 158 yards in diameter. Interestingly, it’s perfectly round, meaning that the builder must have been uncommonly skilled and precise. There’s no known architectural advantage to such precision, but this impressive detail would have been seen as a potent deterrent to potential raiders — a sign that this fortress was well-built and not to be trifled with.

At the moment, Sindbæk and his team don’t know who built Borgring, but suspect that it was King Harald Bluetooth Gormsson, a skilled negotiator who united Scandinavia and converted the Danes to Christianity. He built fortified structures and bridges widely across the region to consolidate his power and facilitate the movement of troops, and is believed to have built the previously-discovered ring-shaped fortresses. Carbon dating certainly suggests all were built around the same time. But unlike the other Danish sites, research suggests that Borgring was a working fortress for more than a generation, and that it was a lasting settlement with soldiers, spouses and families living within its confines. The fortress also shows signs of attack, with two of the four gates badly burned.

Sindbæk says that archeologists once argued that the Vikings couldn’t have built these advanced fortresses. Now they know better.

“As we found more of these, we found it was indeed a Danish king and his Viking warriors, and for that reason they have been part of the most fundamental reassessment of what the Vikings were all about,” he says. “They were warriors, obviously, but they were warriors [living in] a very organized society.”