Sarah Sanders Just Responded to the New York Times Expose About the Trump Family's Financial Fraud and Yep, It Sounds Just Like Trump Wrote It 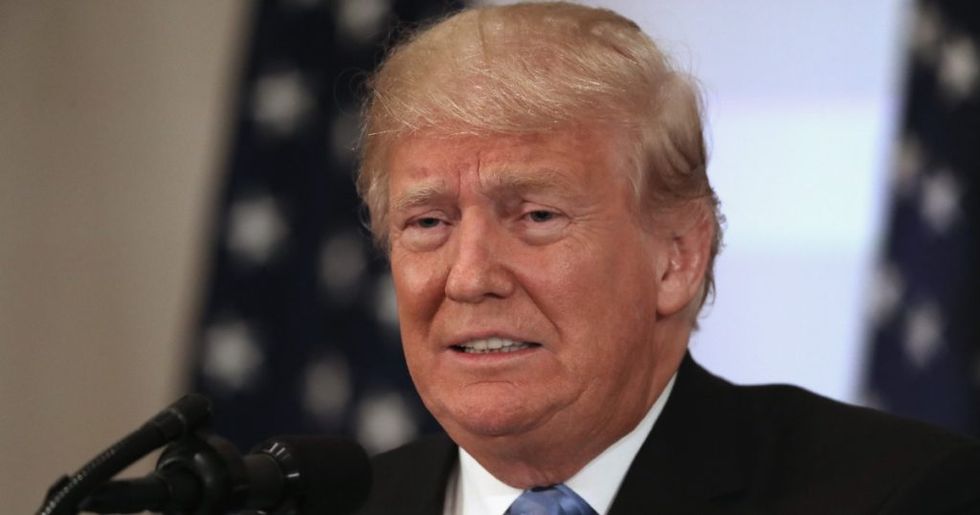 White House Press Secretary Sarah Huckabee Sanders' response to Tuesday's bombshell New York Times expose about how President Donald Trump enriched himself through decades of tax schemes sounds reads exactly like it was written by the president himself.

“Fred Trump has been gone for nearly twenty years and it’s sad to witness this misleading attack against the Trump family by the failing New York Times,” Sanders wrote. “Many decades ago the IRS reviewed and signed off on these transactions."

Sanders thrashed “The New York Times’ and other media outlets’ credibility with the American people," which she said "is at an all time low because they are consumed with attacking the president and his family 24/7 instead of reporting the news."

In Trumpian style, the statement lamented that the press “can rarely find anything positive about the President and his tremendous record of success to report" after listing a string of Trump's supposed accomplishments.

The statement concludes with the author demanding "another apology from the New York Times, like the one they had to issue after they got the 2016 election so embarrassingly wrong, is in order.”

Twitter, unfazed at the possibility the president is likely a titanic fraud, laid into Trump and Sanders for the statement's feeble attempt to diminish the Times's reporting.

@maggieNYT No daily briefings, and now Trump is writing her press releases. What exactly are we paying @PressSec for?
— Charlie Hamik (@Charlie Hamik) 1538526887.0

On Tuesday, the New York Times published a 13,000 work investigative report (their longest ever)  about how Fred Trump, the president's father, funneled more than a billion dollars to his children through financial gifts and schemes, avoiding at least $550 million in taxes.

President Trump has sold himself as a self-made billionaire but our investigation found that he received more than… https://t.co/GAzkfLdBRF
— The New York Times (@The New York Times) 1538549104.0

The president was the primary benefactor of his father's riches and personally participated in "outright fraud" in order to enhance his own wealth, the Times report found.

"President Trump participated in dubious tax schemes during the 1990s, including instances of outright fraud, that greatly increased the fortune he received from his parents, an investigation by The New York Times has found," writes David Barstow, Susanne Craig, and Ross Buettner.

Trump touted himself as a self-made billionaire on the campaign trail who received a "small $1 million loan" from his father, but interviews as well as analyses of thousands of tax documents and financial records "reveals that Mr. Trump received the equivalent today of at least $413 million from his father’s real estate empire, starting when he was a toddler and continuing to this day."

"Much of this money came to Mr. Trump because he helped his parents dodge taxes. He and his siblings set up a sham corporation to disguise millions of dollars in gifts from their parents, records and interviews show. Records indicate that Mr. Trump helped his father take improper tax deductions worth millions more. He also helped formulate a strategy to undervalue his parents’ real estate holdings by hundreds of millions of dollars on tax returns, sharply reducing the tax bill when those properties were transferred to him and his siblings."

During the campaign, Trump refused to release his tax returns, claiming they were under audit, breaking decades of precedent and leaving questions about his net worth and sources of income unanswered. The Times pieced together the intricacies of how Trump's father, a major New York City developer, used his fortunes to enrich his children.

"What emerges from this body of evidence is a financial biography of the 45th president fundamentally at odds with the story Mr. Trump has sold in his books, his TV shows and his political life," the report explains in great detail. "The reporting makes clear that in every era of Mr. Trump’s life, his finances were deeply intertwined with, and dependent on, his father’s wealth."