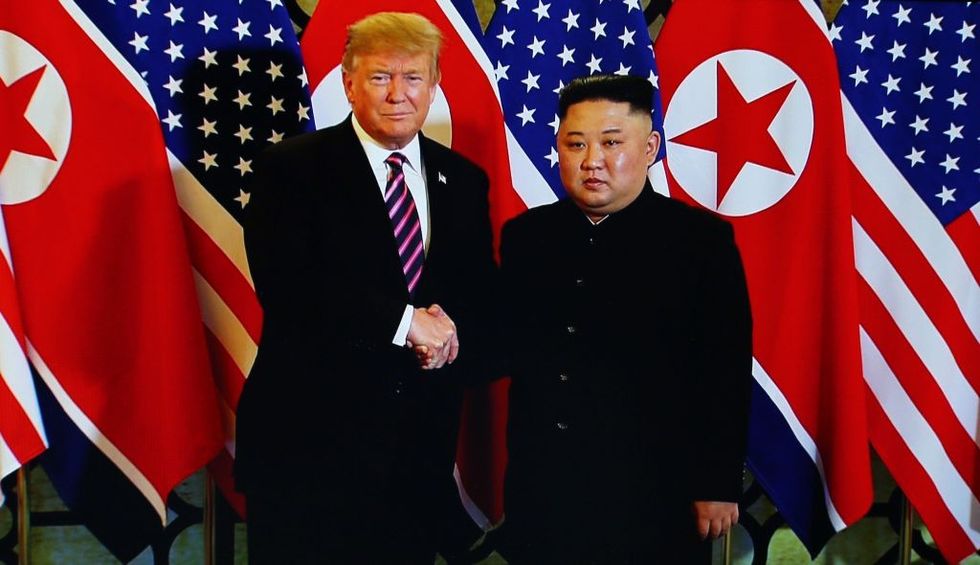 President Donald Trump baffled Americans everywhere when he announced on Friday, via Twitter, that he would reverse sanctions against North Korea imposed by his own Treasury Department only a day before.

The move comes barely weeks after talks between the President and North Korean dictator Kim Jong-Un abruptly ended with no strides made toward the goal of denuclearization.

It was announced today by the U.S. Treasury that additional large scale Sanctions would be added to those already e… https://t.co/AZJYyngvAh
— Donald J. Trump (@Donald J. Trump) 1553275379.0

“President Trump likes Chairman Kim and he doesn’t think these sanctions will be necessary.”

Despite being one of the most ruthless and reviled dictators on the planet, Kim Jong-un has managed to strike a kinship with the President, who once chastised him as "fat" and a "little rocket man."

Though Trump is proud that he's since built a bridge with the dictator, Americans are startled at his reasoning for lifting the sanctions.

Americans are growing increasingly concerned at Trump's fitness for office.

Another name which has become associated with Donald Trump over the years reared its head again: Russian leader Vladimir Putin.

But hey, at least Trump likes him.