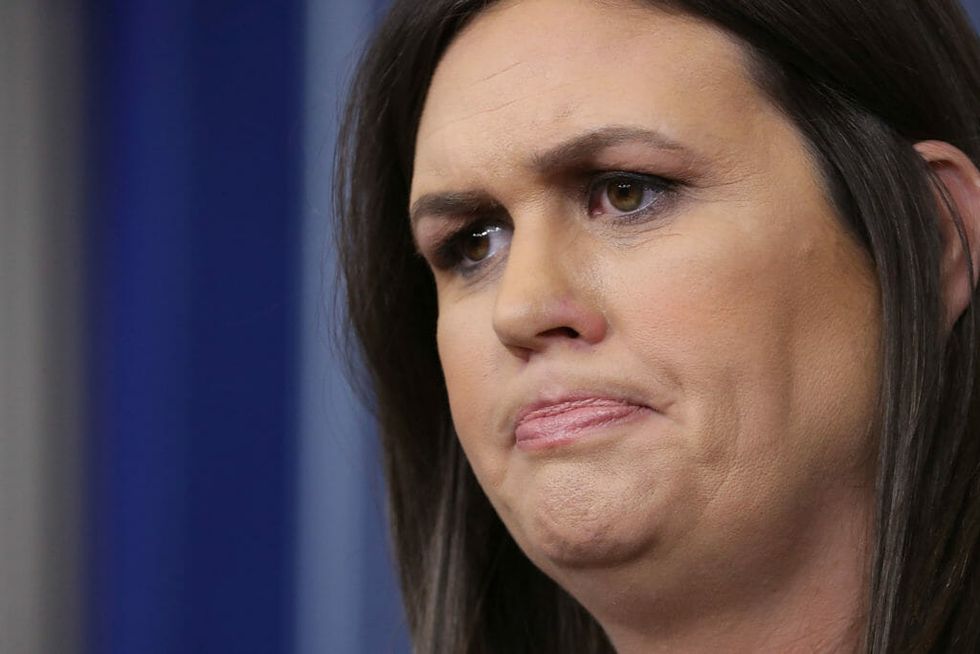 During a White House press briefing on Tuesday afternoon, White House Press Secretary Sarah Huckabee Sanders told reporters that "the citizenship question has been included in every census since 1965." Her statement is completely untrue, another "alternative fact."

Citizenship status has not appeared as a question in the United States census survey since 1950, because it counts the total number of people in the country, not just the number of citizens.

The Trump administration has mandated that the 2020 decennial census reinstate the citizenship question, the Department of Commerce announced on Monday. The deadline submit updated census questionnaire to Congress is March 31st.

Yesterday, USA Today published a piece laying out the growing number of other activists and lawmakers that are also voicing their opposition to the last-minute change to the census.

The Census count is used to redraw congressional districts, so it can affect the makeup of Congress, and to determine where federal, state and local funds will be used to build new schools, roads, health care facilities, child-care centers and senior centers. It also forms the basis of countless government and academic studies that drive public policy decisions and legislation from Washington, D.C., to statehouses and city halls.

The proposed census amendment is sparking concerns that asking people to identify their citizenship status could result in an undercount of minority and permanent resident populations. Former Obama Attorney General Eric Holder is planning on suing the Trump administration over the amended census.

Make no mistake – this decision is motivated purely by politics. In deciding to add this question without even testing its effects, the Administration is departing from decades of census policy and ignoring the warnings of census experts.

Todd Schulte, president of the pro-immigration group FWD.us, echoed Holder's sentiments, tweeting that asking about citizenship in the census is part of an effort to "intentionally undercount immigrants and communities of color."

Also petitioning the Commerce Department is The Lawyer's Committee for Civil Rights Under Law, arguing that an accurate population count must include non-citizens, who are overwhelmingly comprised of non-whites.

ALERT: We are calling on the Census Bureau to reject the 11th hour attempt to include a citizenship question in #Census2020. The goal of the Census is to secure an accurate count of the population, not to deter communities of color from participation. #GetOutTheCount

The updated census is receiving significant pushback on Twitter. One of the main points of contention is the resurrection of 1950s-era census taking when racial segregation and institutional discrimination were still enshrined in law across the country.

@CommerceGov @SecretaryRoss @uscensusbureau I will not be answering that question truthfully - and I am a US citizen.
— From Chicago (@From Chicago) 1522115923.0

@CommerceGov @SecretaryRoss @uscensusbureau Dear employees of The Commerce Department, You have a choice to either… https://t.co/fk8gYzP5SC
— Chris (@Chris) 1522163495.0

@CommerceGov @SecretaryRoss @uscensusbureau The constitution says nothing about only counting citizens. This is an… https://t.co/l3Z38eSuXw
— Buck Brown (@Buck Brown) 1522165003.0