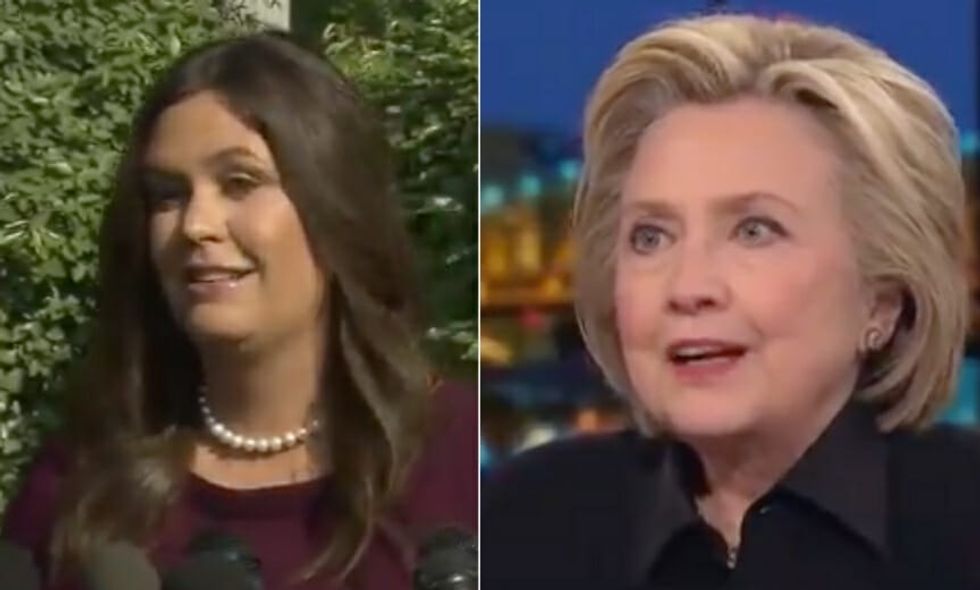 Secretary Clinton did so to demonstrate the severity of Trump publicly asking Russia for Clinton's emails during a 2016 presidential debate.

Here is Hillary Clinton's hypothetical about a candidate calling on China to hack Trump's taxes, and why Republican… https://t.co/udnWFEpNoC
— Maddow Blog (@Maddow Blog) 1556763298.0

"Imagine, Rachel, that you had one of the Democratic nominees for 2020 on your show, and that person said...'since Russia is clearly backing Republicans, why don't we ask China to back us?'...And not only that, but 'China, if you're listening, why don't you get Trump's tax returns? I'm sure our media would richly reward you.'"

White House Press Secretary Sarah Huckabee Sanders was not a fan. While talking to reporters, Sanders criticized Clinton for her comments.

Sarah Sanders on Hillary Clinton's China comments: "Honestly I'm baffled by it and it's truly astonishing comments… https://t.co/gw93oBjkML
— The Hill (@The Hill) 1556810787.0

"I think it's hypocrisy at its best," Sanders said before repeating a false claim that the Obama administration took no steps against Russian meddling in the 2016 election. "Honestly, I'm baffled by it and it's truly astonishing comments from Secretary Clinton."

People immediately pointed out that Sanders's boss literally did the hypothetical thing she clutched her pearls at Clinton for.