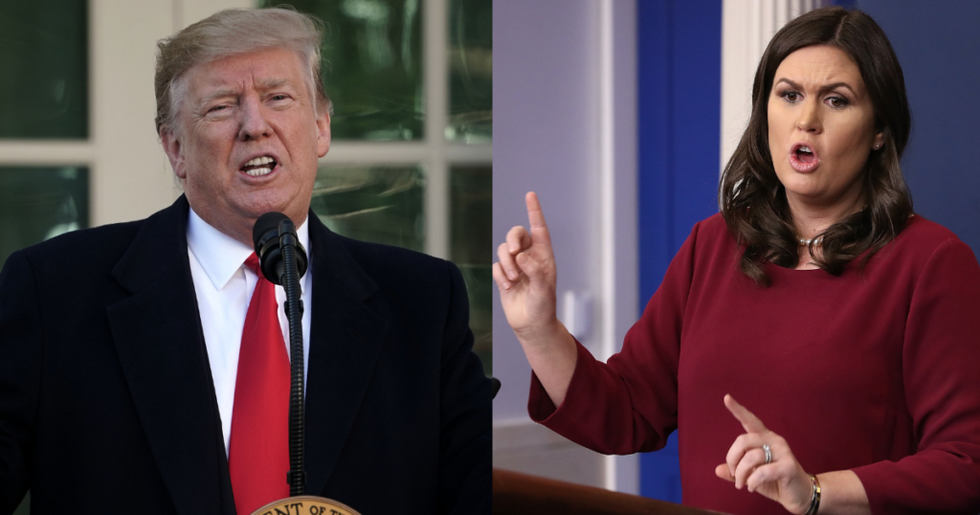 Sanders shared her belief in an exclusive interview with the Christian Broadcasting Network.

David Brody and Jennifer Wishon asked Sanders to give her "spiritual perspective" of Trump's time in office.

"I think God calls all of us to fill different roles at different times and I think that he wanted Donald Trump to become president, and that's why he's there."

She went on, "I think he has done a tremendous job in supporting a lot of the things that people of faith really care about."

Sanders, like her father, minister and former Governor Mike Huckabee, is a devout Christian.

@mkraju @maggieNYT How progressed as humans do we have to be until the right thing to do is to call this line of thinking absolutely insane?
— Teresa F. (@Teresa F.) 1548884900.0

Some people are disturbed by Sanders' claim.

Not only is there separation of church and state, but Trump is not exactly a pillar of virtue.

@mkraju @maggieNYT Regardless of what we all may believe personally, did she really say that from the White House i… https://t.co/4U4Qkx2vCM
— Thurman Martin (@Thurman Martin) 1548885642.0

This is murky territory; history is scarred from those who believe they have "God on their side."

If "God" supports Trump, his representatives are not getting the message. Trump's former pastor slammed the president on Twitter Wednesday morning over Trump's support for teaching the Bible in public schools.