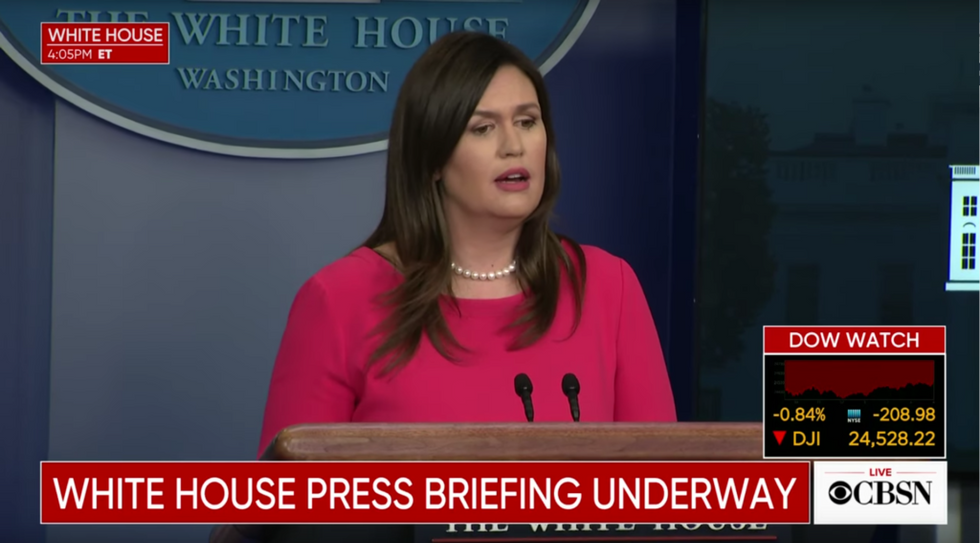 After 41 days without a White House Press Briefing, Press Secretary Sarah Huckabee Sanders took to the podium once again to address reporters' questions regarding the government shutdown, Roger Stone's arrest, negotiations with Democrats, and a slew of other topics that had taken the United States by storm since the last press briefing.

From the very beginning of the briefing, Sanders—who is infamous for lying for the President from the podium—began with

While the greeting may seem warm, it was hard for many to believe it was sincere, given Sanders's and the Trump administration's well-documented animosity toward the press. She would even go on to insult some of the correspondents in that very briefing.

Fox News' John Roberts responds to Trump's claim that he does not know what he is talking about on the wall: "Since… https://t.co/OUgNenr4vo
— Ryan Saavedra (@Ryan Saavedra) 1548711257.0

Given her notoriety for lying, many joked that it was just another lie from the Press Secretary.

Sanders' statements came after immense criticism for the length of her absence from the podium for briefings that, in past administrations, were held daily.

When asked about the length of time that elapsed between press briefings, President Donald Trump said it was because the press would treat Sanders unfairly regardless of what she told them.

But, perhaps out of exasperation with the constant false statements, it appears networks aren't covering Sanders at all.

Perhaps we'll have to wait until Sanders begins telling the truth before we'll miss her back.