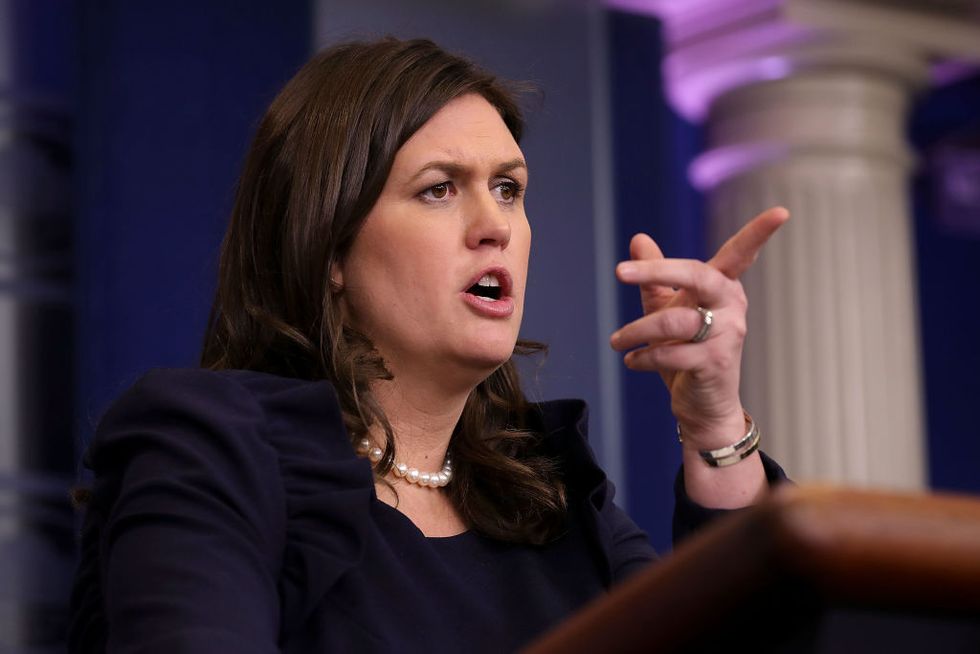 Former White House Press Secretary Sarah Huckabee Sanders resigned from her post last month and was instantly met with speculation on what she'd do to follow her tempestuous two year tenure as President Donald Trump's most influential propagandist. Would she run for governor of her home state of Arkansas? Would she shrink from the public eye? Would anyone hire her after her well-documented penchant for lying?

We now have the answer.

Sanders announced in a tweet on Thursday that she would be joining the President's favorite network, Fox News, as a contributor.

“FOX News has been the number one news organization in the country for 17 years running and I am beyond proud to join their incredible stable of on-air contributors in providing political insights and analysis,” Sanders said in a statement.

Sanders herself appeared on Fox News 67 times as White House Press Secretary, compared to a paltry six times on CNN.

Many believe that her role as a Fox News contributor is indiscernible from her role at the White House.

@SarahHuckabee @FoxNews @foxandfriends Was this a new hire or just an internal transfer? Do you keep the same benefits?
— Geddy Dubin (@Geddy Dubin) 1566496139.0

@SarahHuckabee @FoxNews @foxandfriends Naturally. Fox is an extension of the White House propaganda you so shamelessly spewed for so long.
— Kathy_Coco (@Kathy_Coco) 1566493644.0

Sarah Sanders frequently lied during her time as Press Secretary. In her testimony to Special Counsel Robert Mueller's team, she told agents that her statement to reporters regarding FBI officials' lack of faith in former Director James Comey was "not founded on anything."  She claimed that Trump created far more jobs for black Americans than former President Barack Obama, but in reality President Obama created quadruple the amount of jobs. Those lies were just the beginning.

Sanders has continued to defend the President even after her time at the White House was up.