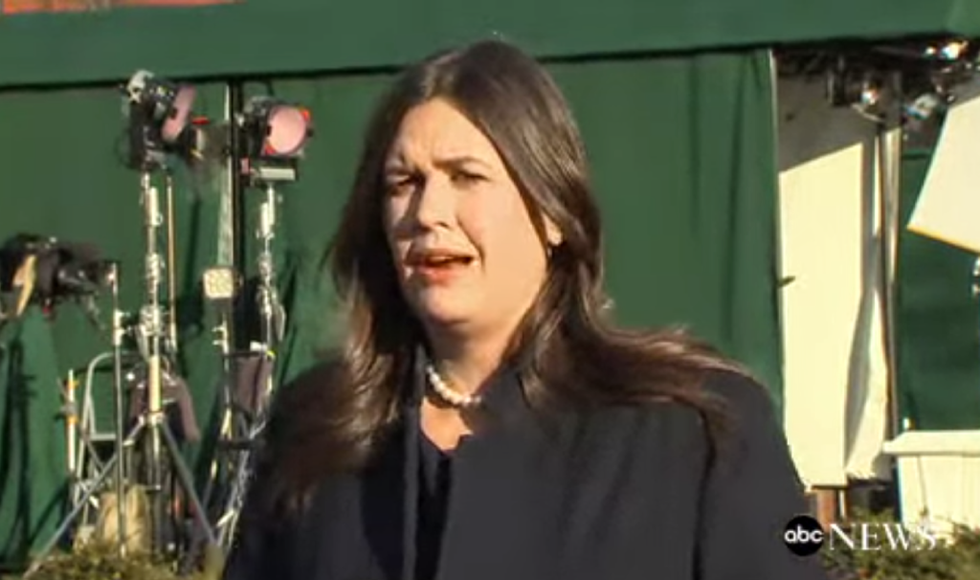 As news broke of yet another member of Donald Trump's 2016 presidential campaign team being indicted, White House Press Secretary Sarah Huckabee Sanders made a statement to the press corps. Despite the indictment of Roger Stone being related to his false statements about Trump's campaign, Sanders claimed it was unrelated to the President or White House in any way.

Often criticized for her ability to lie and attempts to shift blame, Sanders talents were on full display.

When a press corps member asked about President Trump's Twitter posts about Roger Stone prior to his indictment, Sanders deflected by calling the question insulting instead of answering. So how did Sanders justify her claim that Stone's indictment was unrelated to President Trump?

She did not; she just made the claim and deflected any attempts to request clarification or justification.

Press Sec. Sarah Sanders responds to Roger Stone indictment: "This doesn't have anything to do with the President,… https://t.co/xKEO4CLUGH
— ABC News (@ABC News) 1548426927.0

While the White House press corps has little recourse against Sanders dishonesty and evasion, the public can let the White House know what they think through the President's favorite form of communication: Twitter.

People took to the social media site to express their viewpoints which mainly criticized Trump's Press Secretary. Some wondered why a simple answer was not the appropriate response to questions about the President's involvement.

Some compared her behavior to the North Korean propaganda machine.

And accused her of lying.

Stone was charged on seven counts, including obstruction of an official proceeding, making false statements and witness tampering. All charges are related to his involvement in the 2016 Trump presidential campaign.