Ohio Congressman's Surprisingly Blunt Reaction to Donald Trump Mixing Up Dayton and Toledo, Ohio Is Basically All of Us 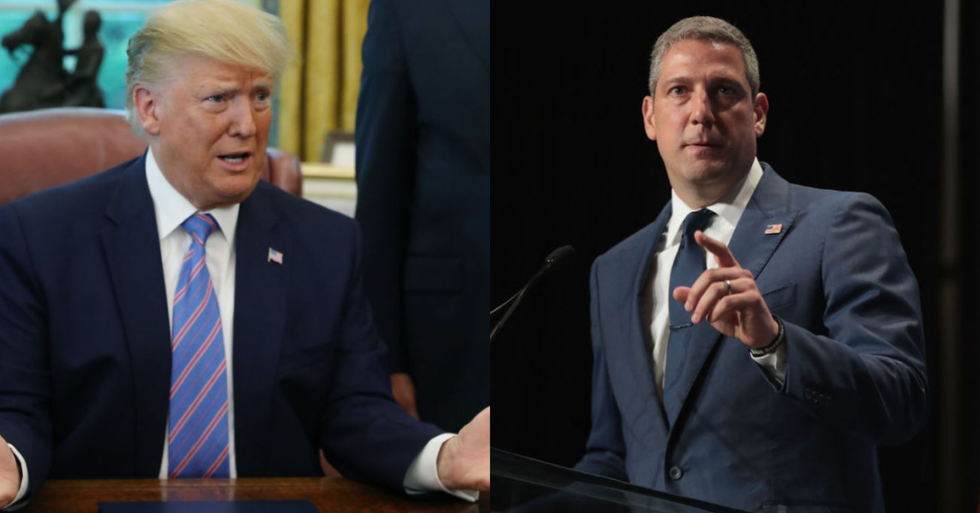 Over the weekend, two more mass shootings occurred in the United States with one confirmed as the act of a White nationalist domestic terrorist. The second is still under investigation.

In a rare move, President Donald Trump addressed White supremacy, White nationalism and racism in the United States, condemning it in an address before the White House press corps for broadcast to the nation.

However the President also said:

"May God bless the memory of those who perished in Toledo."

The domestic terrorist attacks occurred in El Paso, Texas and Dayton, Ohio. Toledo is about 100 miles from Dayton.

The Trump White House is so incompetent and insensitive that they couldn’t even get the name of the city right. T… https://t.co/PacDe9zkg1
— Keith Boykin (@Keith Boykin) 1565016627.0

Democratic Representative Tim Ryan from Ohio's 13th congressional district—who is also running for President—shared his thoughts on the mistake by the President over the tragedy in his home state on Twitter.

The Ohio Congressman was succinct.

"I've heard that [President Trump's] coming Wednesday but I have not gotten a call. And you know he might be going to Toledo, I don't know."

Representative Ryan and Mayor Whaley were not alone in their contempt for the presidential faux pas.

Trump couldn’t even get the location of a mass shooting correct in an address to the nation. He said “may God bless… https://t.co/GRb7FKdXyq
— Jamil Smith (@Jamil Smith) 1565015675.0

Trump says those lost in Toledo will not have died in vain but it was actually Dayton
— John Harwood (@John Harwood) 1565014745.0

The reason the "Toledo" thing matters to me is because any man who'd actually given any thought to a recent mass ca… https://t.co/u5nCowjuky
— Seth Abramson (@Seth Abramson) 1565019008.0

Tired of the violence?