Rudy Giuliani Just Explained Why Witches Should Not Be Offended by Donald Trump's Use of 'Witch Hunt' to Describe the Mueller Investigation, and Welcome to 2019 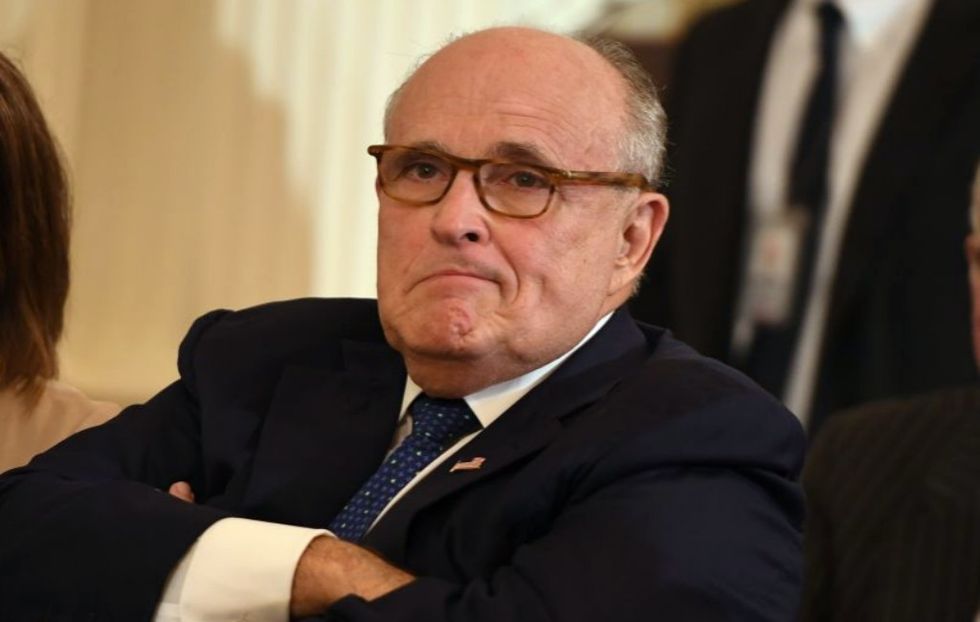 Only halfway through its first week, it appears the year 2019 is doomed to be as strange as its predecessor—especially if former New York City mayor Rudy Giuliani has anything to do with it.

"According to CNN witches favor Democrats and they are offended that the Meuller [sic] investigation is described as a Witch Hunt," the man formerly known as "America's Mayor" said. "There is no reason for the witches to be offended because Witch Hunt derives from,for example,the Salem Witch Hunts where people were executed unjustly."

According to CNN witches favor Democrats and they are offended that the Meuller investigation is described as a Wit… https://t.co/szFQuctOwE
— Rudy Giuliani (@Rudy Giuliani) 1546488168.0

It's common knowledge that the term "witch hunt" originated from the Salem Witch Hunts. Scientists now believe that the citizens of Salem may have been so quick to believe in the presence of witches due to poisoning from a fungus called ergot on their wheat whose long-term consumption can cause hallucinations.

Many wouldn't have been surprised if Giuliani himself was on hallucinogenics when he wrote this.

@RudyGiuliani Do you and Donald get high together or separately?
— KetchClark (@KetchClark) 1546519098.0

Others, like attorney and Kellyanne Conway's husband George Conway, thought it fitting that this was the man representing Donald Trump.

Remember, this is the *best* lawyer whom Donald Trump—the President of the United States, and a billionaire—could p… https://t.co/Mb0mFrqmjR
— George Conway (@George Conway) 1546519683.0

People were still quick to point holes in the shell of an argument that was there.

Many pointed out that—unlike the Salem "witches," who were hanged if they insisted they didn't practice witchcraft—many of those taken down by Mueller's findings pleaded guilty themselves or were charged on strong evidence.

@RudyGiuliani However, in this situation, people have pled guilty to crimes they have actually committed. No one should be above the law.
— Leanna Cowan (@Leanna Cowan) 1546524132.0

But primarily, people were shocked by Giuliani's fall from grace...and competence.