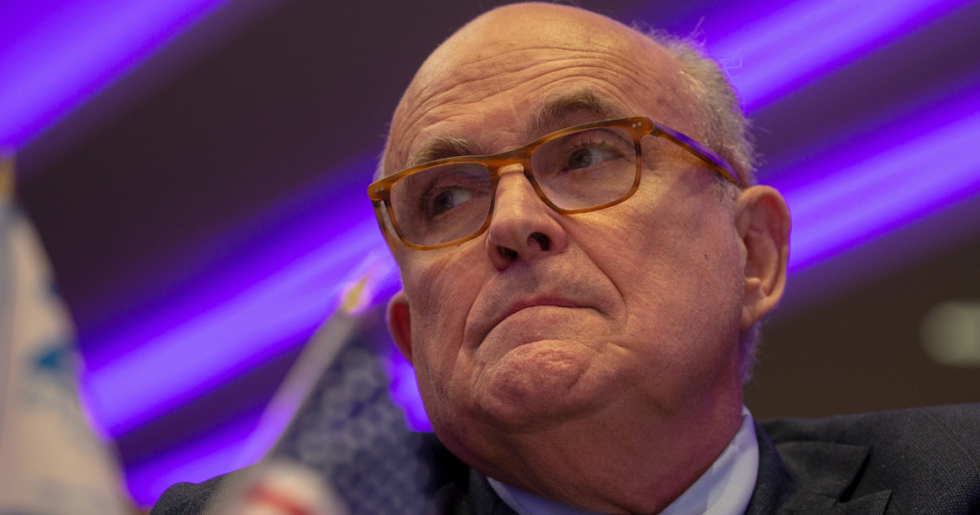 Isaac Chotiner called Giuliani for comment on a disputed BuzzFeed report alleging that Trump instructed Cohen to lie to Congress about the secret Trump Tower Moscow deal Trump was pursuing during the 2016 election.

"Where are we now with Trump and Cohen and the BuzzFeed story, and your response to it?" Chotiner asked Giuliani.

"There are no tapes, there are no texts, there is no corroboration that the President told him to lie," Giuliani replied. "That’s why the special counsel said that the story was inaccurate."

Giuliani quickly contradicted himself, saying he "knew the BuzzFeed story was false." Chotimer asked Giuliani how he was so certain.

That's when it got weird.

Chotiner: "Wait, what tapes have you gone through?"

Chotiner: "So, there were no tapes you listened to, though?"

Giuliani: "No tapes. Well, I have listened to tapes, but none of them concern this."

Considering Cohen taped many of his conversations with Trump, Giuliani's remarks are raising lots of eyebrows.

Lordy, there may be tapes of Trump directing Cohen to commit perjury.

This is the best lawyer that Trump, a billionaire, can afford?

I had a theory that Giuliani was a plant after his first crazy interview. I discounted that as Rudy just being nuts… https://t.co/mLeuoQmlX3
— Angry Staffer (@Angry Staffer) 1548162118.0

Oh Rudy. Why do you do this to yourself?