Rudy Giuliani Accidentally Created a Link in One of His Tweets, and an Internet Hero Just Bought the Domain to Troll Donald Trump 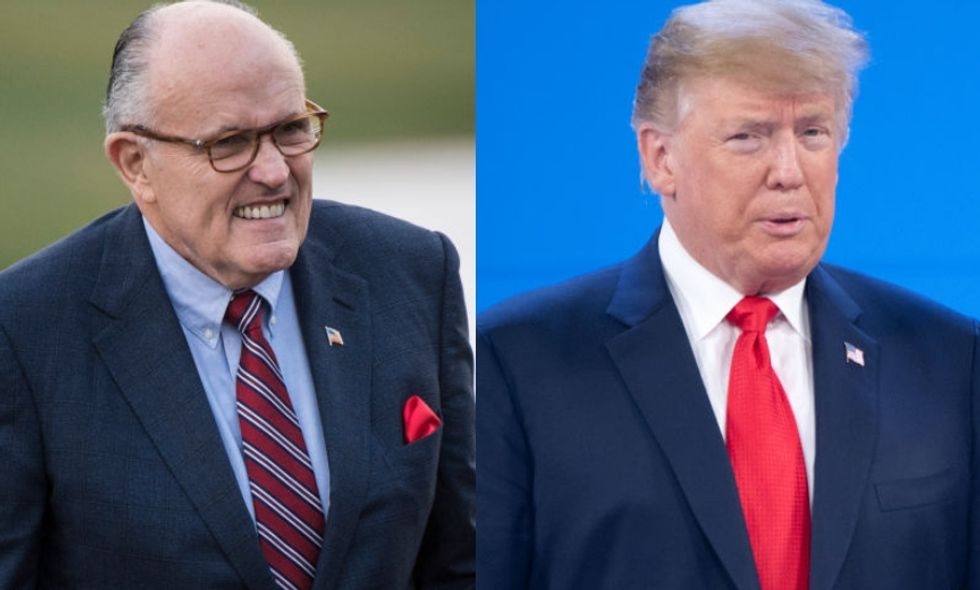 While working overtime to defend President Donald Trump from an escalation in the Russia probe, embattled lawyer and former New York City Mayor Rudy Giuliani opened a whole new can of worms with a tweet he posted on Friday.

The tweet intended to call out Special Counsel Robert Mueller, insinuating that Mueller deliberately filed indictments in the Russia investigation while the President was out of the country. The tweet was spurred by Mueller's newest indictment of former Trump ally Michael Cohen as Trump left for Argentina to attend the G20 Summit with other world leaders.

As you may have noticed, Giuliani's failure to put a space after the period following "G-20" inadvertently created a hyperlink, giving one hero the perfect chance to troll him.

An eagle-eyed follower soon bought the domain name, whose layout is quite simple. The accidental link leads to a single-page site with white text on a dark background, reading:

"Donald J. Trump is a traitor to our country."

With the Russia investigation heating up again after a quiet period during midterms, Twitter users everywhere applauded the internet's latest hero.

To add insult to injury, Giuliani inexplicably tweeted this gem shortly after:

Giuliani isn't the only member of Trump's team that has difficulty with technology. Trump's former Press Secretary Sean Spicer was roasted for accidentally tweeting out a Bitcoin transaction number.

Ahead of the 2018 midterms, Senator Ted Cruz — who supported Trump even after he, as a candidate, called Cruz's wife ugly and attempted to connect Cruz's father to the JFK assassination — suffered similar humiliation when someone bought the tedcruz.com domain and used it to endorse his opponent Beto O'Rourke. Ted Cruz ended up winning his Republican campaign to represent Texas in the Senate, but the domain grab was still humiliating at the height of a close race.

As Giuliani treads water to keep his client from facing the consequences of an investigation that seems more and more likely to expose him, this tweet endorses the very investigation Giuliani was railing against.

Some Americans sarcastically praised Giuliani as the latest hero of the Resistance.

Despite Trump's claims to hire "only the best people," it seems many aren't the best with technology, but soon Giuliani could face a much more important test: Can he #BeBest at litigation?