Rudy Giuliani Just Went on CNN and Admitted Donald Trump's Campaign May Have Colluded With Russia, and Chris Cuomo's Reaction Is All of Us 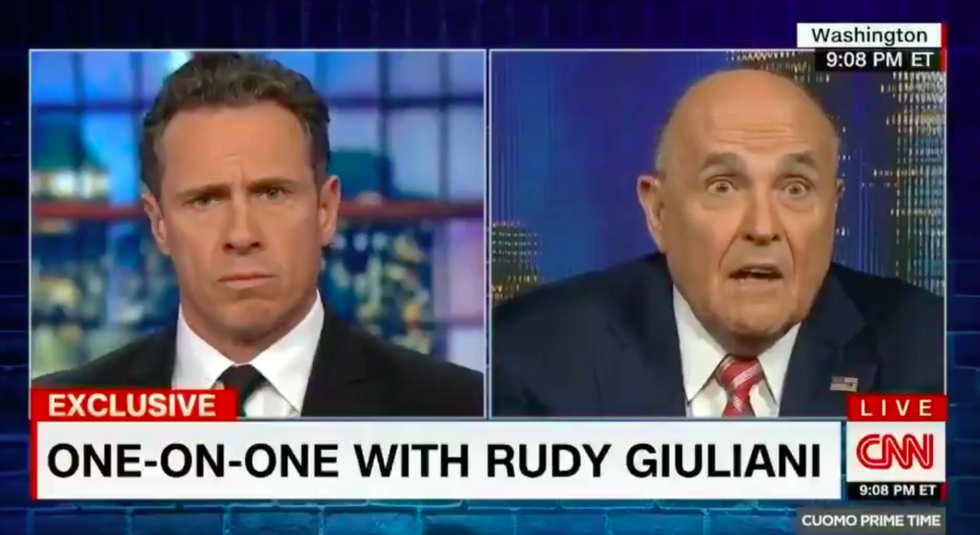 The President's attorney and New York City's former Mayor Rudy Giuliani has become infamous for his televised tirades, in which he claims there's been "no collusion" between President Donald Trump and Russia. He decries the Mueller investigation into Russian influence on the United States election as a "witch hunt," because—according to Giuliani—"truth is not truth."

Last night while speaking with CNN Host Chris Cuomo, he let some "not truth" slip. As Cuomo pressed Giuliani on his insistence that there was no suggestion of collusion between the Trump campaign and Russia.

That's when Giuliani responded with an important—and telling—correction:

Cuomo did a double take and corrected Giuliani: "Yes, you have."

Watch the shocking video below:

With the revelation, many Americans were feeling as stunned as Cuomo when hearing it live on the air.

To some, even Giuliani seemed surprised at his own words.

It's with good reason, however, that the two should be so surprised.

The admission from Giuliani sends a crack through what has otherwise been a ceaseless refrain from the White House: That the idea of Trump's campaign colluding with Russian operatives was ridiculous and likely generated by vengeful Democrats.

Some are noting how the story is constantly changing.

@mkraju @ChrisCuomo Um... so Giuliani is saying Trump was being *unwittingly* advised by a bunch of colluding Russi… https://t.co/AtE3nuBhEo
— Pé Resists (@Pé Resists) 1547696414.0

@mkraju @ChrisCuomo Wow, now they admit collusion but say Trump wasn’t involved. The goalposts have moved all the way to the other endzone.
— Adam Herr (@Adam Herr) 1547691512.0

The scary part: This may be just the beginning.