Will Roy Moore Drop Out of the December 12, 2017 Special Election Now? 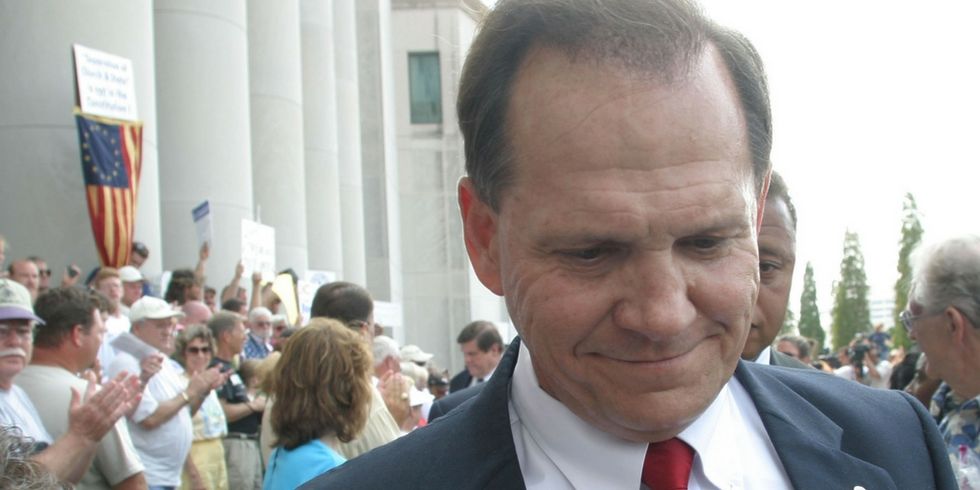 Leigh Corfman and 3 other women claim that Roy Moore, a Republican in the special election in Alabama, came onto them as teenagers. The story was broke by the Washington Post this afternoon. In it, Corfman claims that Moore approached her in Etowah County, Alabama while she was sitting on a bench with her mother in 1979.

During the exchange with her mother, Corfman claims that Moore offered to watch young 14-year-old Corfman while the mother went inside a courthouse for a child custody hearing.

“I wanted it over with — I wanted out,” she told WashPo. “Please just get this over with. Whatever this is, just get it over.”

Will Moore drop out?

Moore has released the following statement:

Moore is no stranger to controversy and has been removed from office before. He has been twice elected to and twice removed from the Alabama Supreme Court. He was removed from office for the first time in 2003 when he refused to remove the Ten Commandments from government property. He is also the founder and president of the Foundation for Moral Law.

However, other senators have chimed in. Lisa Murkowski, Republican Senator from Alaska, said:

Senate Majority Leader Mitch McConnell has also said Moore should step down if the allegations are true.