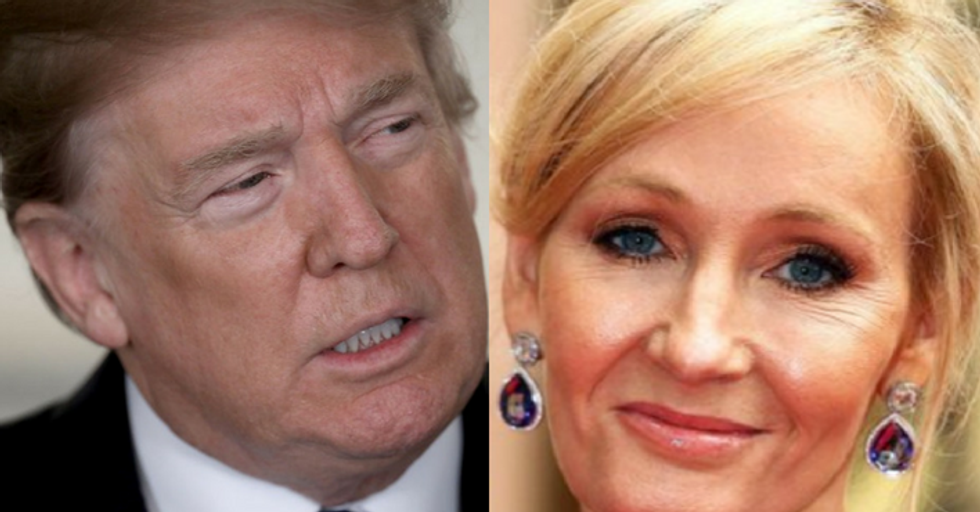 On Monday during a White House ceremony dubbed the "Salute to the Heroes", President Donald Trump sought to pay tribute to members of the Customs and Border Protection (CBP) and the Immigration and Customs Enforcement (ICE) agencies of the Department of Homeland Security.

Not all went according to plan however when the President, while attempting to honor one of the CBP Border Patrol officers, Trump called the Hispanic man— identified as Adrian Anzaldua—to the podium while joking that the officer was not nervous. Trump enthusiastically told the gathered crowd:

Trump's impromptu comment drew heavy criticism for racial and ethnic profiling. A Hispanic man being honored for his involvement in thwarting human trafficking having his grasp of the English language listed as a major accomplishment—based on the false assumption that Hispanics typically cannot speak "perfect English"—angered many online.

While many took exception to what they viewed as another example of Trump's awkward interactions with minorities, others pointed out the President's own grasp of the English language is not very firm.

One of those detractors was English author J.K. Rowling of Harry Potter fame. In response to Trump's comment, Rowling posted:

"Study hard, Mr President, and I might one day say the same about you."

Others online shared the same sentiment for a man who misspelled the word counsel for the fifth time on Twitter Monday.

The President refers to the Special "Councel" and his White House "Councel."

Counsel and council are recognized words in the English language. Councel is not.

People on Twitter then shared their appreciation for Rowling's comebacks aimed at the 45th President and his tweets.

The name of another prominent author also got raised—Maineiac horror icon Stephen King.

The Twittersphere also suggested a few characters from Rowling's own tomes who might be able to tackle Trump's English tutelage.

While others just went for the jugular.

The White House nor Trump released an official statement regarding the President's comments as of Monday evening.