The Trump Administration Wants to Cut All Funding for the Special Olympics, and This Democratic Rep's Response Right to Betsy DeVos's Face Is All of Us 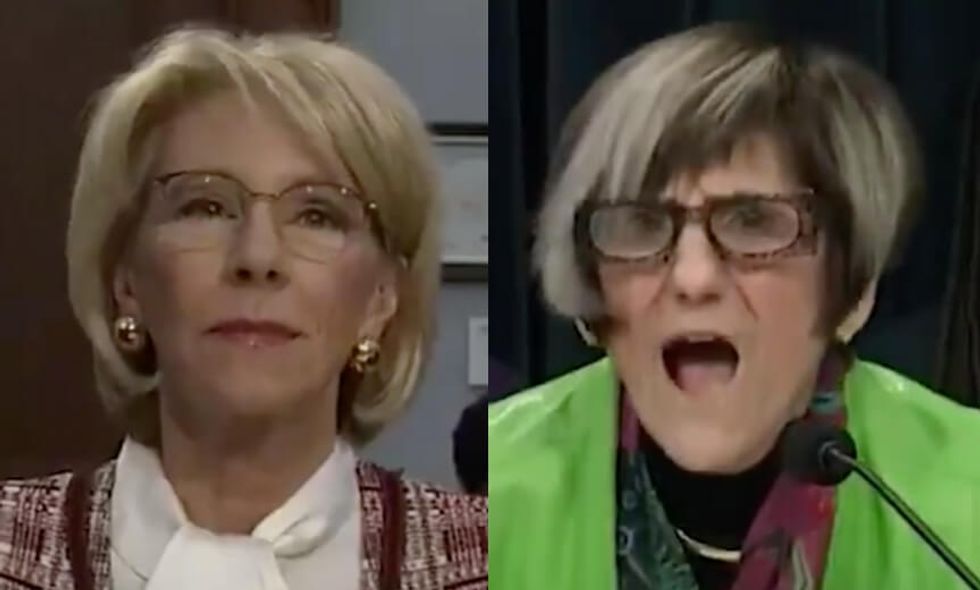 "The three education budgets from this administration have proposed the largest cuts to education funding in four decades. That's since the department was created in 1979," said DeLauro, who chairs the Appropriations Committee's Labor, Health and Human Services, Education and Related Agencies Subcommittee, at a hearing on DeVos’s proposed budget for the upcoming fiscal year.

"Madam Secretary, I have to say, and maybe it's offensive: Shame on you. I do not understand how you can support this budget and be the secretary of education. This budget under-funds education at every turn.”

The budget proposal has a slim chance of being approved under a Democratic-led House, but it earned significant criticism for the cuts to the Special Olympics program.

Many agreed with DeLauro's assessment.

@CNNnewsroom @CNN Never ceases to amaze us. She is not the person to be in that position, or any other political of… https://t.co/f62QSgodNy
— babsknowswhat (@babsknowswhat) 1553702574.0

@thehill Well said @rosadelauro! The department charged with making the US education system the best it can be sho… https://t.co/Z9wOMgNdIL
— Stephanie Keegan (@Stephanie Keegan) 1553695673.0

@thehill This entire administration should be ashamed. Unfortunately their gilded world is immune to shame, remorse or empathy.
— Sandy B. (@Sandy B.) 1553695394.0

DeVos says the cuts were necessary.

"We had to make some difficult decisions with this budget," DeVos said. "I think the Special Olympics is an awesome organization, one that is supported by the philanthropic sector as well."

When asked by Representative Marc Pocan (D-WI) if she knew “how many kids are going to affected" by the $18 million cut, DeVos responded that she did not know.

DeVos was also criticized by ESPN personalities who took to social media to support the Special Olympics, including Julie Foudy, who said "you need to only spend .01 minute" watching Special Olympics athletes performing to "understand the power of this program."

Tony Reali said that the Special Olympics allow athletes to "discover new skills and abilities" that "lead to joy, confidence and enhancement on and off the playing field."

And that in turn can lead to a more inclusive & fulfilling life. That fulfillment goes both ways; it’s that positiv… https://t.co/pahRNJSBob
— Tony Reali (@Tony Reali) 1553653873.0

Coincidentally, DeVos's budget proposal comes at the same time that Humans of New York photojournalist Brandon Standon is in the United Arab Emirates attending the Special Olympics. He has dedicated the last couple of weeks to coverage on the athletes, their mentors, and how their lives have been altered forever as a result of the program.