Republican Congressman Just Tried and Failed to Ask a 'Yes or No Question' in a Committee Hearing, and He Got Totally Mocked in Response 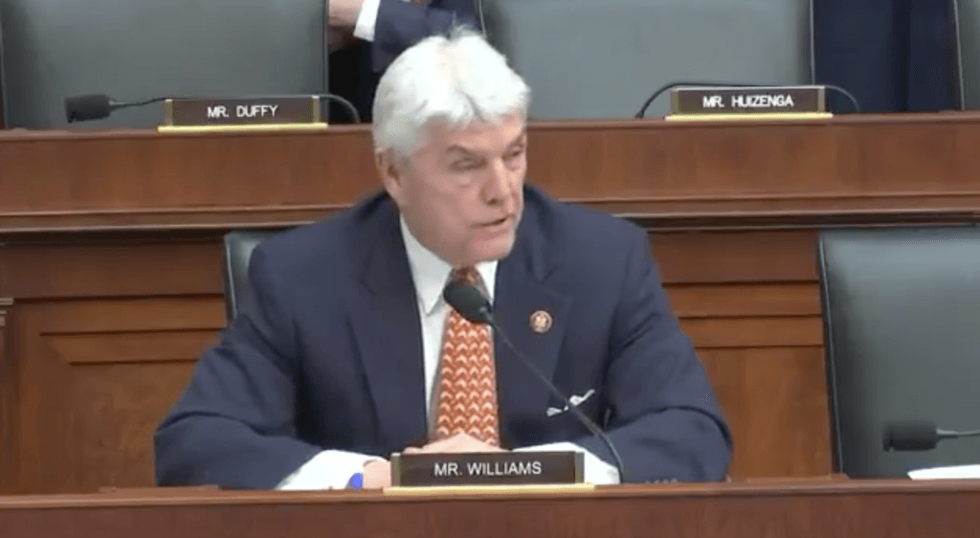 A Financial Services Committee hearing on the National Flood Insurance Program Wednesday afternoon may not have captivated the nation as fervently as a certain recent Oversight Committee hearing, but that doesn't mean it was devoid of riveting moments.

One moment, in particular, was met with laughter by spectators and lawmakers alike.

It started when Congressman Roger Williams (R-TX) began his questioning of the expert witnesses. Williams boasted that he always started with a yes or no question:

"So I'll start with you, Ms. Lamm: yes or no, are you a Socialist or a Capitalist?"

Spectators began to chuckle. Maria Cox Lamm, of the South Carolina Department of Natural Resources, was visibly confused by Williams's question. Smirking, she deferred to the next witness in line, but Williams pressed her for an answer.

"Am I a Socialist or a Capitalist? Yes or no? Yes."

The room erupted in laughter and applause. While some of the other witnesses answered with the word Capitalist, others responded "Yes," laughing at the fact that Williams seemed unaware that his question could not, in fact, be answered with "yes" or "no."

Watch the hilarious moment below.

Others had questions of their own.

@DanRiffle @RepRWilliams How many of those people who said they are capitalists actually own any means of production?
— Joel for UBI 🌹 (@Joel for UBI 🌹) 1552596052.0

Congressman Williams has yet to respond, but we have a feeling he'll be saying more than "yes" or "no."