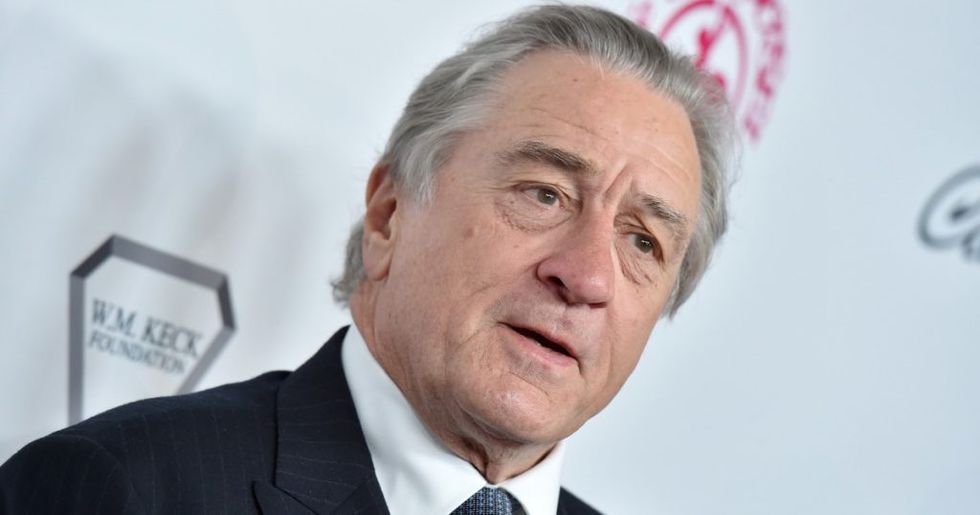 Robert DeNiro has a powerful message for Americans following the discovery of a pipe bomb that was mailed to his production company, Tribeca Enterprises.

"I thank God no one's been hurt, and I thank the brave and resourceful security and law enforcement people for protecting us," the actor and owner of the Tribeca Film Festival told CNN's Jake Tapper. "There's something more powerful than bombs, and that's your vote. People MUST vote!”

Tribeca Enterprises also issued a statement saying that the proper precautions were taken and that business will continue as usual.

"A suspicious package was received," the organization said. "We called the police. They took it out and went through all safety procedures. It was addressed to Robert De Niro and is similar packaging to the others. It is an open investigation. Everyone is safe and the building is open."

Robert De Niro is calling on people to vote in light of the series of bombs mailed to targets of right-wing anger.… https://t.co/UTuVlbaRpE
— Mary Byron (@Mary Byron) 1540564129.0

@NBCNews @Morning_Joe We as Americans have only one real voice to be heard over the sick rhetoric and dog whistling… https://t.co/qHCOxC1LXR
— Robbie Rose (@Robbie Rose) 1540560620.0

@NBCNews Violence being called for and those with the loudest voices targeted. This all must end. Now. Speak with your vote
— elizabeth luke (@elizabeth luke) 1540560961.0

A pipe bomb was discovered on the 7th floor of 375 Greenwich Street on Thursday, the latest in a string of attempted assassinations of critics of President Donald Trump. The package was nearly identical to others that were sent to top Democrats and CNN earlier this week.

Two additional explosive devices - one addressed to Senator Cory Booker (D-NJ) and the other to former Director of National Intelligence James Clapper - were discovered Friday morning.

The packages destined for Brennan and Clapper were found at CNN's headquarters in New York.

Clapper said that the bombs are "definitely domestic terrorism."

Trump, in a tone-deaf Tweet on Friday, lamented "this 'Bomb' stuff," suggesting without evidence that the spate of explosive packages sent to his dissidents are a hoax designed to hurt Republicans in the midterms.

@realDonaldTrump Maybe if you hadn’t made an enemies list-your cult members wouldn’t send bombs to them. Then we wo… https://t.co/IKFVrwVBle
— SadRepublican (@SadRepublican) 1540565431.0

It's all about Trump.