Geraldo Rivera Just Issued a Bizarre Threat Against Anyone Who Tries to Impeach Donald Trump, and the Mockery Was Swift 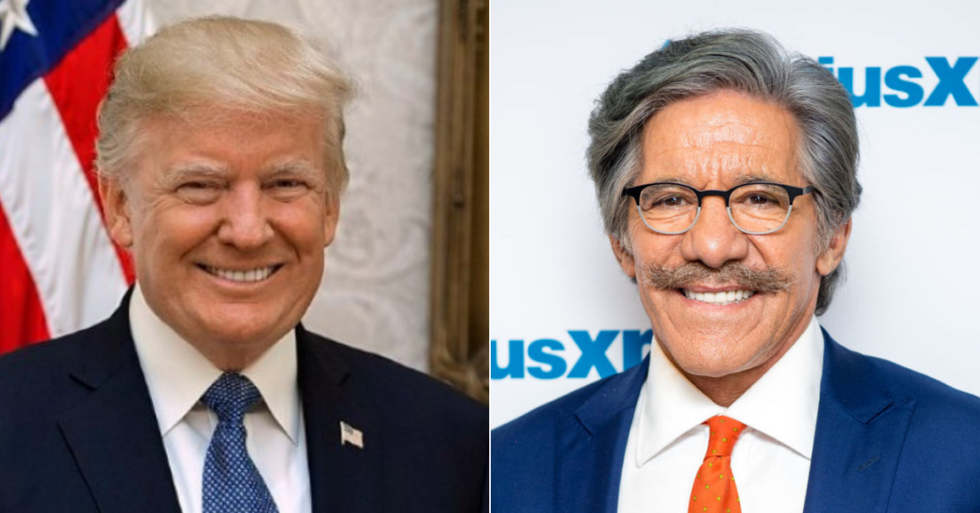 People are weighing in on the possibility of impeachment for President Donald Trump and taking clear sides.

Hashtags revolving around impeaching Trump have trended more than once on Twitter. So his supporters try to send words of encouragement on the same medium.

However Wednesday night, a person who has not always thrown support behind the President, despite working for a network that usually does, tweeted a threat—or promise—to anyone who might move to impeach Trump.

Geraldo Rivera—who once was affiliated with 20/20 and Nightline and considered a respected journalist—fell from grace after a disastrous primetime special on All Capone's vault as well as a stint as a daytime talk show host. Rivera now works at Fox News.

On the evening of May 29 after Special Counsel Robert Mueller made his first public statements regarding his investigation into Russian interference in the 2016 presidential election, Rivera posted:

"Fair Warning, as I did with Bill Clinton in 1997-8, I tonight announce that if you want to impeach this president on these facts you'll have to come through me."

"Ask Ken Starr how that felt."

Given the presumption of innocence-which @realDonaldTrump enjoys along with all the rest of us-the mere Possibility… https://t.co/EvbMf4pfcI
— Geraldo Rivera (@Geraldo Rivera) 1559150793.0

People thought it was a day of odd tweets and events.

"if we had had confidence that the president clearly did not commit a crime, we would have said so," said… https://t.co/ZNyhqi6uby
— Geraldo Rivera (@Geraldo Rivera) 1559149861.0

Others wanted to know exactly what Rivera meant regarding Ken Starr. While some reminded the Fox News correspondent what happened with Starr and some of the other people he interacted with as a journalist.

Although people wondered if Starr remembered what a presence Rivera claimed he was.

Most people just addressed Rivera's original threat however. How much of a deterrent was Geraldo Rivera to Congress?

Geraldo Rivera, so shrewd he hyped an empty vault, so on the ball he revealed secret troop locations in Iraq on-air… https://t.co/FFuXLmLJiM
— Lia Matera (@Lia Matera) 1559185601.0

@GeraldoRivera Which is funny because all the roads to impeachment don't even come near Al Capone's vault.
— lawprofblawg (@lawprofblawg) 1559182861.0

Despite what people may think, only two Presidents have ever been impeached: Bill Clinton and Andrew Johnson. Neither President was subsequently removed from office.

Other Presidents faced threats of impeachment, but avoided it through resignation—like Richard Nixon—and reconsideration by Congress—like Herbert Hoover. Whether Congress decides to proceed with impeachment however is something only Congress, and not Fox News correspondents, can decide.