Reuters/Ipsos Poll: Most Americans Side With Gays In Religious Freedom Disputes 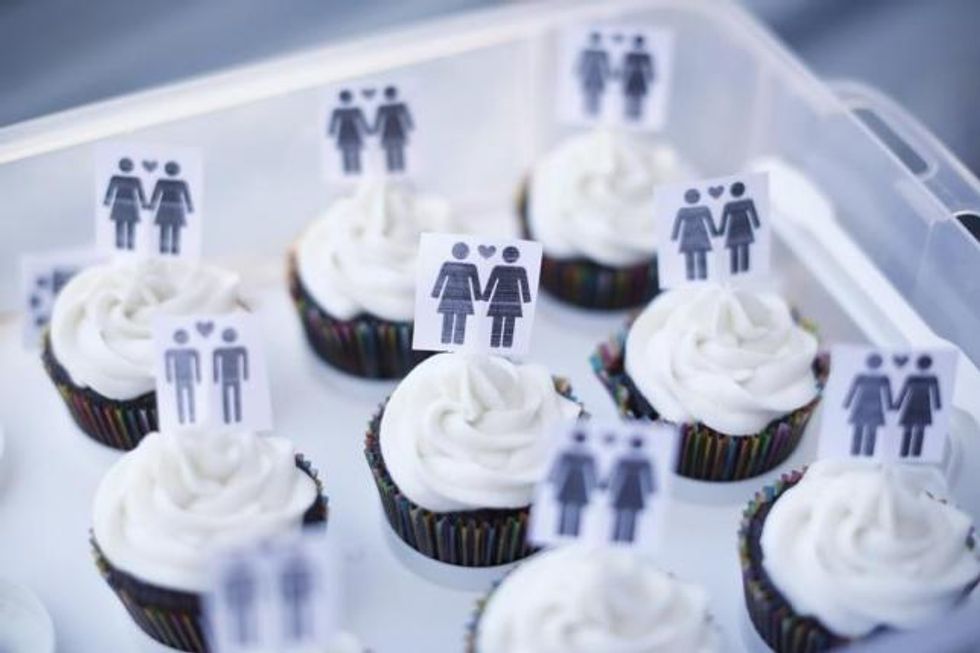 A box of cupcakes are seen topped with icons of same-sex couples at City Hall in San Francisco. (CREDIT: REUTERS/STEPHEN LAM)

WASHINGTON (Reuters/Steve Holland) - A majority of Americans believe businesses should not be allowed to refuse services based on their religious beliefs in the wake of controversies in Indiana and Arkansas over gay rights and religious freedom, a Reuters/Ipsos poll found on Thursday.

The poll, conducted April 6 to 8, also found that 52 percent of Americans support allowing same-sex couples to marry, far more than the 32 percent who oppose it.

The survey results suggest a split over the issue between Americans and some of the politicians who represent them.

Indiana's Republican governor, Mike Pence, triggered a firestorm in his state this month by signing a law that would allow businesses to refuse services to certain groups or people based on their religious beliefs.

Gay rights activists saw the law as discriminatory and the resulting backlash forced Indiana's state legislature to make changes to the law.

Days later, Arkansas's Republican governor, Asa Hutchinson, forced his state legislature to change a similar law in order to avoid having it blow up into a controversy in his state.

The poll found solid opposition to allowing businesses to refuse services or refuse to hire people or groups based on religious beliefs.

The Reuters-Ipsos poll found divisions among Americans on where same-sex marriage laws should be made.

The largest grouping, 34 percent, believes same-sex marriage laws should be made by the U.S. Supreme Court declaring a nationwide constitutional right.

To explore more of the poll: http://bit.ly/1aKHlSN