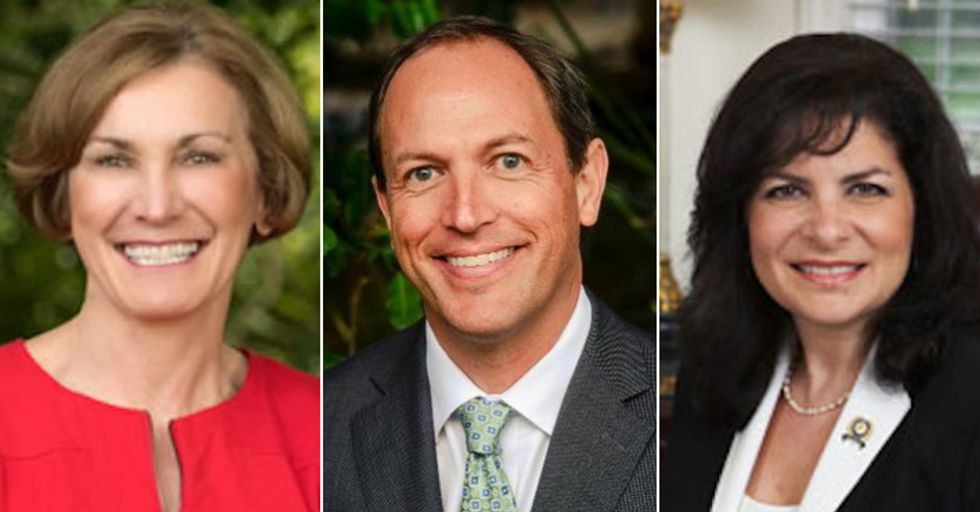 Since state governments began swearing in elected officials for the new legislative sessions, Democrats continued to see gains in their numbers. But how, when the 2018 election is over?

Republicans in Kansas, California and New Jersey left the GOP to become Democrats. And they all cited the same reason.

"The Republican Party, for all of its statements of having a big tent, continues to limit the tent. Those of us who were moderates are clearly not welcome."

Three other Kansas Republicans joined Bollier in the exodus from the GOP. Along with their fellow former Republicans in California and New Jersey, the new Democrats all stated the GOP became too extreme under President Donald Trump.

"My core values that originally drew me to the Republican Party have not changed, but the party which once echoed the vision of Ronald Reagan no longer exists."

Over the past two months, as lawmakers were sworn in and this year's statehouse sessions got underway, Republicans… https://t.co/tVQUwUc0Yc
— NBC Politics (@NBC Politics) 1548995704.0

"This is largely a product of the Trump phenomenon. President Trump has blown the lid off of this party. It starts to look like a personality cult."

@NBCPolitics Let's hope this is a growing trend. Trump has done serious damage to the Party and the office. Now is… https://t.co/1LhiYVofcE
— JustKeepPaddling (@JustKeepPaddling) 1548995983.0

Some people suggest more Republicans should consider doing the same thing, including at the federal level.

People thought it was an excellent suggestion for ending the gridlock on progress in the United States Senate that they attribute to Senate Majority Leader, Republican Mitch McConnell of Kentucky.

McConnell blocked legislation that could have ended the partial government shutdown, which angered many voters.

Why not get 10 republican senators to switch parties so they don’t get whacked in the next election? Give some lead… https://t.co/NGbqN6QXEc
— Political Thinker (@Political Thinker) 1548991543.0

Although some thought it might be too late for the Republican Party to recover.

And McConnell's devotion to President Trump's wall is another point of contention with voters.

@mkraju It means nothing. He gets nothing. Americans don't want to pay for the stupid wall. Not a goddamn dime. https://t.co/JwHxWgSQnq
— Tracey Gaughran (@Tracey Gaughran) 1548369036.0