Sick and tired of inaction. 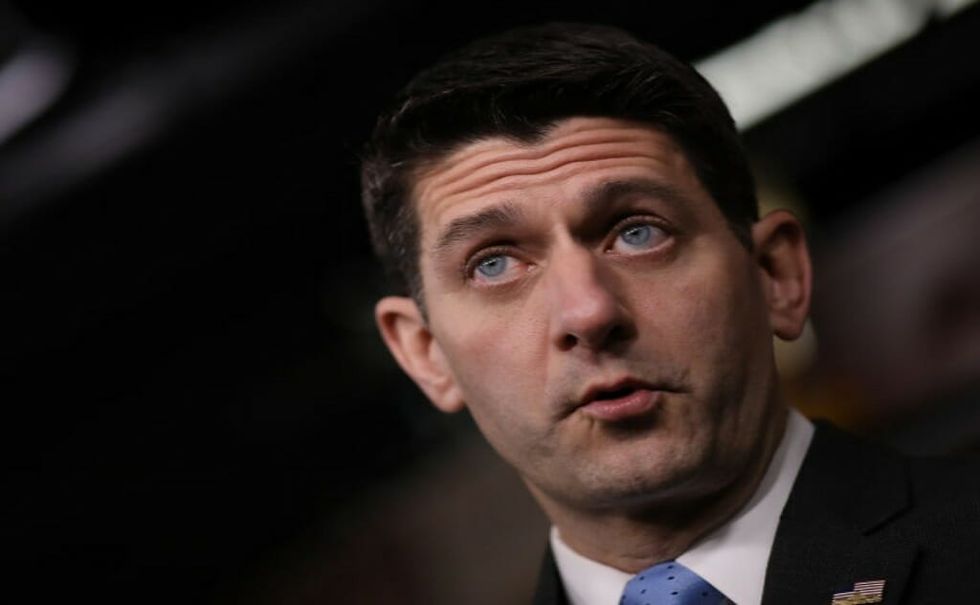 U.S. Speaker of the House Paul Ryan (R-WI) answers questions during related primarily to his announcement that he will not run for office again in the 2018 midterm election. (Photo by Win McNamee/Getty Images)

The Deferred Action for Childhood Arrivals (DACA) was an executive action taken by President Barack Obama in 2012 due to inaction on immigration reform, specifically the Development, Relief, and Education for Alien Minors (DREAM) Act. The law was meant to address the question of what to do about the undocumented immigrants brought into the United States as children by their parents.

Do you punish a person for an action they had no control over?

Instead of amnesty, it allowed undocumented immigrants brought to the US while under the age of 16, to apply for protection against deportation. After a background check, those approved individuals could get renewable two-year permits to work and study in the United States.

In September 2017, President Donald Trump announced he would end DACA. At the time approximately 700,000 people, often referred to as DREAMers, fell under its protection.

Since then, activity on the DREAM Act or anything similar stagnated again in a Republican controlled congress. Now, 20 members of the GOP, facing pressure from their home districts, decided enough is enough.

“We’ve had it,” said Michigan GOP Representative Fred Upton. “We’re boiling over. It’s got to get done.”

It does not help their reelection chances when the president tweets about inactivity on DACA. Trump may blame Democrats for the lack of immigration reform legislation, but each time he does, voters are reminded that the GOP controlled both houses of congress during the entire DACA period.

In an act of defiance against their own lame duck Speaker of the House, Paul Ryan, 20 centrist leaning Republicans want to force a vote on immigration in the House of Representatives. To that end, they signed a discharge petition.

“You just wake up one day and realize that you’re running in place, and that’s when we got together and said it’s time to take this step,” said Representative Carlos Curbelo of Florida, who filed the discharge petition. “This institution acts only when pressured to, and we knew that we needed to find a new source of pressure.”

Ryan, a Wisconsin Republican, announced in April he would not seek reelection in November. However GOP strategists continue to support blocking any immigration reform votes in congress out of fear of losing votes in the midterm elections.

But not every Republican is on board with that strategy. Feeling pressure from their home districts during this election year, at least these 20 GOP house members want to move immigration votes to the house floor for consideration.

In United States government procedure, a discharge petition brings a bill out of committee and to the floor for consideration without a report from the committee by "discharging" the committee from further consideration of a bill or resolution. It also bypasses the Republican Speaker of the House, the stumbling block for immigration votes since the Obama administration.

But these 20 signatures are just a drop in the bucket.

Current house membership includes 193 Democrats. Even if every Democrat were to sign the petition to force action on DACA, the GOP members who began the push need to recruit 5 more Republicans.

The 20 Republican petition signers range in seniority from Fred Upton, finishing his 16th term in the house representing Michigan, to John Faso, a freshman representing a district in Upstate New York.

The current back and forth of the immigration debate within the Republican party goes at least as far back as the administration of George W. Bush. But the GOP strategy, of action through absolute inaction, is wearing thin among some members of the party and their constituents back home.

But can the 20 find 5 more Republicans who want to force a vote during an election year? And can they get all 193 Democrats to sign? At last reporting, total signatures were 196 but with still just 20 Republicans.

The debate is heating up on social media, with voters and elected officials weighing in on both sides.

Proud to be one of the first Democrats to sign the #QueenOfTheHill discharge petition to bring the #DREAMAct and ot… https://t.co/5jeKcom8rF
— Rep. Jim Costa (@Rep. Jim Costa) 1526595893.0

I signed this discharge petition to force a vote on immigration measures, including two which would protect Dreamer… https://t.co/XeXvaAvPtm
— Rep. Don Beyer (@Rep. Don Beyer) 1526674320.0