Donald Trump Has Raised More Than $100 Million for His 2020 Re-Election Campaign, and Republicans Are Crying Foul 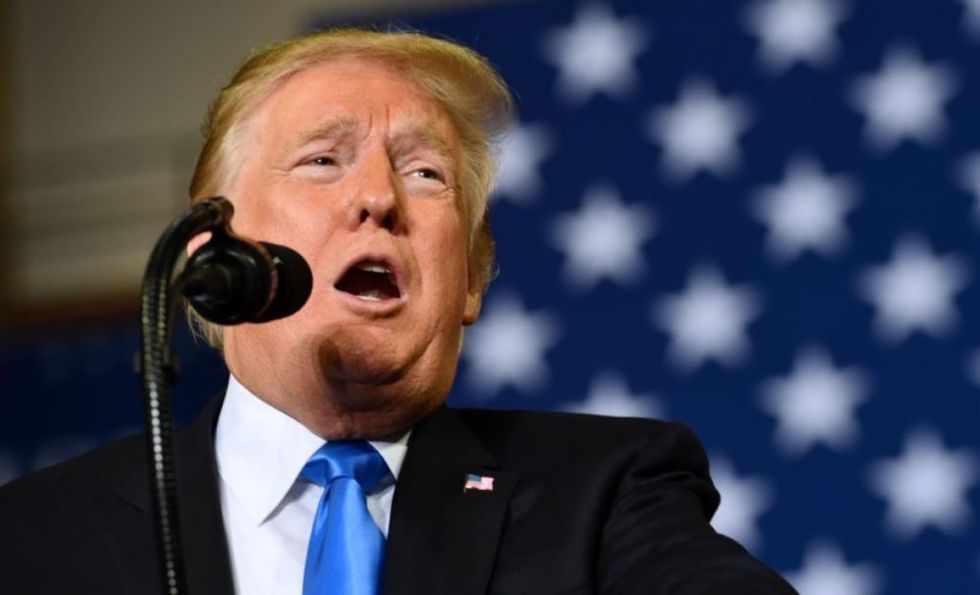 According to campaign finance reports, the Trump Victory and Make America Great Again fundraising entities raised around $106 million towards President Donald Trump's 2020 reelection campaign. Of that amount, Trump passed about $21 million on to national and state GOP coffers.

But some Republicans say that is not enough.

If the President wants to retain control of Congress after the November midterms, RNC members state he should be helping more. Instead, they accuse Trump of sitting on over $47 million in funds that could be used by the GOP.

"Helping congressional Republicans hasn’t been a priority for Trump until the last few weeks. Nobody faults him for raising money for his re-election campaign, but if Democrats win, it may be the most costly fundraising a president’s ever done."

And according to polls and projections, who controls the House of Representatives and the Senate after November is anyone's guess. Races across the country are too close to call.

In response to the concerns of the GOP, the Trump team pointed out all of the rallies the President attends to support Republican candidates. However the rallies are touted under Trump's personal slogan of "Make America Great Again" and the President's main topic of his speeches is himself, not the candidates he is there to support.

As for Trump himself, he stated his endorsement alone should be enough. In his usual style of exaggeration, the President stated:

"I will say that we have a very big impact. I don’t believe anybody’s ever had this kind of an impact."

"Some of the people I’ve endorsed have gone up 40 and 50 points just on the endorsement."

The President did not supply the names of any candidates that went up 40 to 50 points after his endorsement. Word of Trump's 2020 war chest spread quickly after his fundraising milestone was revealed.

And not just the GOP was unhappy about it. More than a few questioned the source of the funds.

@TomSteyer Can we make him refund the tax payers for all their expenses during his fund raising?
— samches (@samches) 1539812671.0