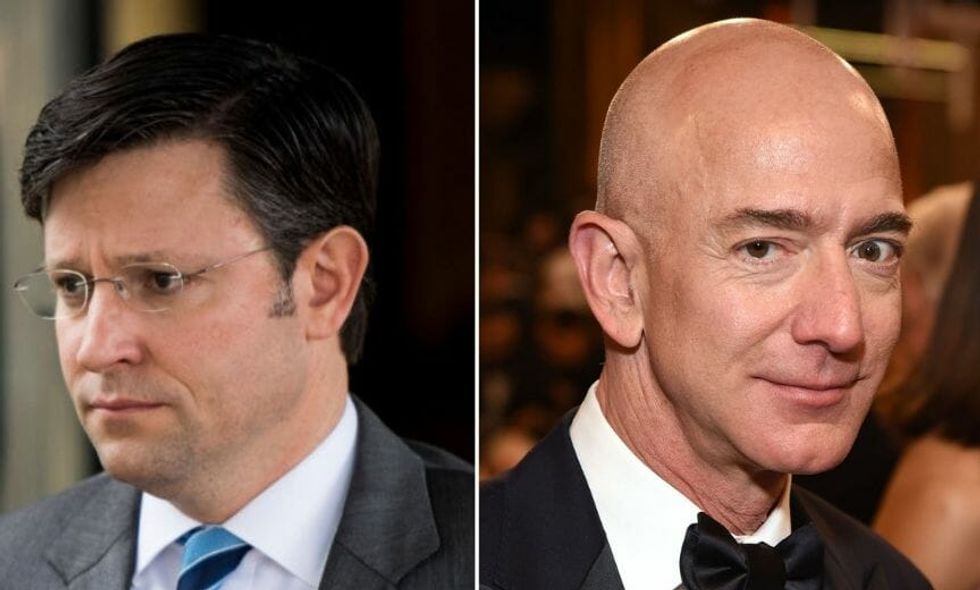 House Republicans within the Republican Study Committee are attempting to pressure Amazon into reviving the sale of a gay conversion therapy book series on its platforms.

Vice News reports that some members of the committee distributed a handout urging fellow members—about 70% of the total number of Republican representatives—to urge Amazon to offer books by Dr. Joseph Nicolosi, author of such gems as A Parent's Guide to Preventing Homosexuality and Reparative Therapy of Male Homosexuality. The company recently banned the books from the site because it violated Amazon's rules.

“The gay community, a supposedly oppressed and marginalized group, wields an extravagant amount of power today, and does so without regard for the rights of anyone who chooses to not support them. How long until the most widely read book in the world [the Bible] is banned because it takes a dim view of homosexuality?”

Forcing minors into conversion therapy is known to be harmful, and some states have even made the practice illegal.

And while the handout makes the claim that Amazon is "choosing to censor speech," it doesn't account for Amazon being a private entity which chooses which products go on its site. What's more, numerous conversion therapy books are unfortunately available on Amazon, just not publications written by Nicolosi.

@scottbix People who bought this title, also bought... “A Parent’s Guide to Justifying the Abuse of Children in the Name of God”
— LiberalFish (@LiberalFish) 1563554955.0

The battle for the soul of the country continues. House Republicans are actively advocating for conversion therapy… https://t.co/Ulr5L0FuPQ
— Garrard Conley (@Garrard Conley) 1563556744.0

As a person who happens to be gay: this is shameful, dangerous, and deeply offensive. As a free speech lawyer: Ama… https://t.co/VPr6F4iTFQ
— Matthew Schafer (@Matthew Schafer) 1563554775.0

In fact, isn't championing the rights of private businesses a pillar of the GOP's platform?

@dnewhauser @vicenews @amazon So are they now for bakers having to bake wedding cakes for gay couples and "coming o… https://t.co/QQDTVBcdAa
— MiTcH (@MiTcH) 1563557567.0

So, @RepHartzler : Can you explain the difference between a ruling determining a private business ( cake shop ) ref… https://t.co/kpNi9AzD7R
— Brandon Forant (@Brandon Forant) 1563566624.0

For a gripping memoir about the trauma imposed by conversion therapy, checkout Boy Erased (available on Amazon).