Republican Official Just Attacked Native American Democratic Candidate In a Racist Rant, and People Are Calling Him Out 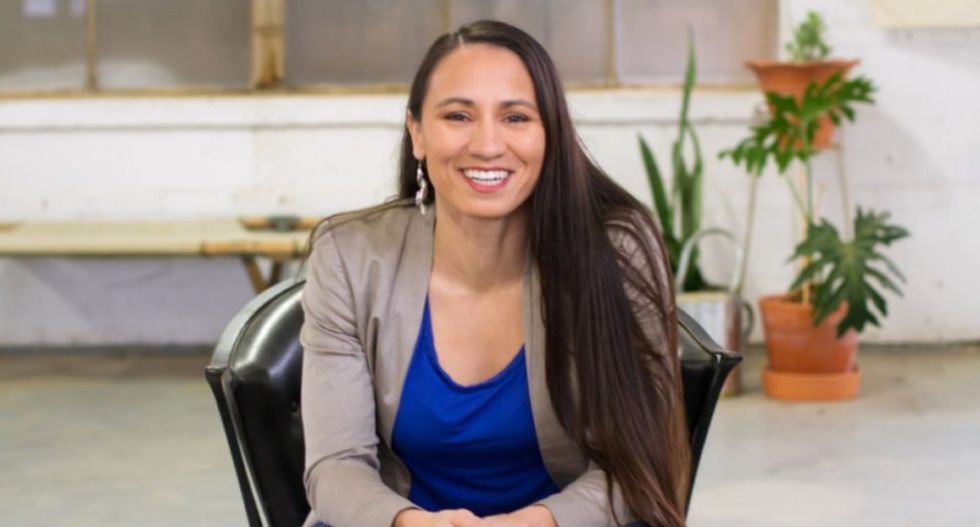 *This article has been updated.

Indian Country Today picked up the story and from there it began to spread on social media.

"Little Ms. Pritchett- you and your comrades stealth attack on Yoder is going to blow up in your leftist face. The REAL REPUBLICANS will remember what the scum DEMONRATS tried to do to Kavanaugh in November."

"Your radical socialist kick boxing lesbian Indian will be sent back packing to the reservation."

Indian Country Today characterized the GOP official's comments as "Mean. Sad. Racist." when they shared the story on Twitter.

However when asked for comment about the racist, sexist and homophobic attack against her, Davids remained gracious toward the GOP. She stated:

Native leaders and activists amplified the story and corrected one of Kalny's assumptions about "Indians."

While this is heinous, racist, and anti-LGBTQ it is also ignorant. The Ho-Chunk Nation of Wisconsin doesn't have a… https://t.co/HPhCvHhIBn
— Jacqueline Keeler (@Jacqueline Keeler) 1539129500.0

Davids' single Mother was a member of the US Army for over 20 years followed by a career in civil service at the US Post Office. Davids graduated from Leavenworth High School and considers herself a proud Kansan.

@RuthHHopkins WOW! How many insults can one create in one sentence??! This kind of venom is so frightening that the… https://t.co/8Mu8MZfGix
— Serenity Foods (@Serenity Foods) 1539122050.0

Show @sharicedavids that our entire community is standing with her. Donate to help her win and flip this seat in No… https://t.co/Kthr7HZFPV
— EMILY's List (@EMILY's List) 1539192838.0

From there, the word spread quickly with people pledging their support for the "radical socialist kick boxing lesbian Indian." More than a few had a message for Kalny as well regarding his choice of insults.

People did not think being a "radical socialist kick boxing lesbian" Native was a bad thing.

Many encouraged people to donate to Davids' campaign and to vote to make a statement against racism, sexism and homophobia.

And Anne Pritchett—the woman the message was sent to—made her own statement on Twitter.

The Kansas City Star reached out to Kalny by phone for a comment. He identified himself as a GOP precinct committeeman—an elected position that represents political parties on a precinct’s behalf.

When asked about the message, Kalny first asked “what is this lady trying to accomplish?” Then stated he needed to talk to his attorney and hung up.

On Wednesday the Kansas GOP announced Kalny had resigned.

To learn more about Sharice Davids background, you can visit her campaign website's "About" page or her YouTube channel. This video gives some information on Davids' life story.