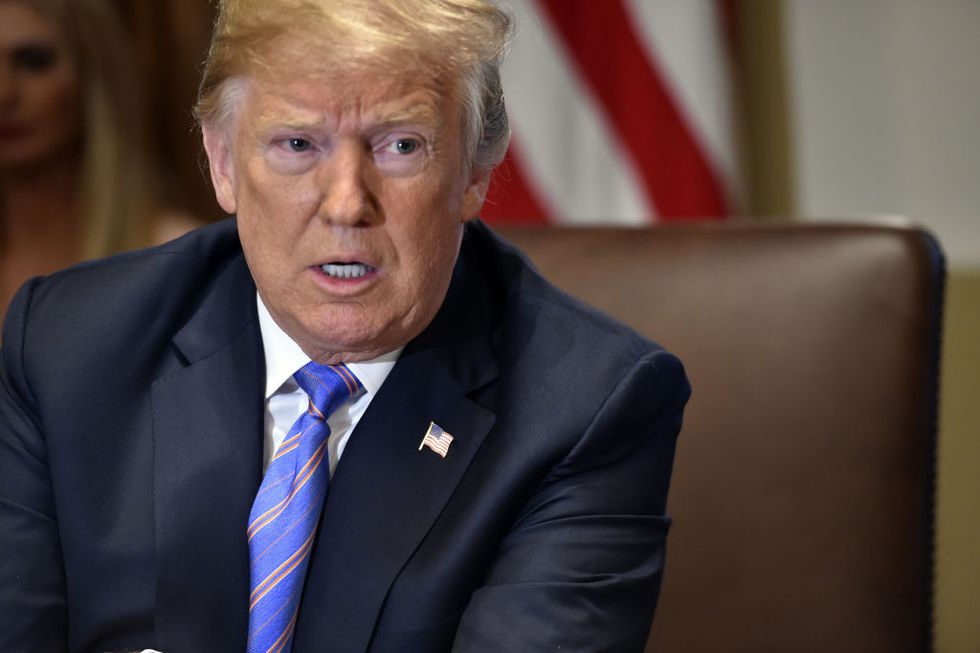 White House correspondents are calling out President Donald Trump on Twitter for evading their questions on his way to Air Force One. Typically, presidents arrive at Joint Base Andrews--where Air Force One is housed--by helicopter. While walking to the helicopter from the White House, reporters have a chance to shout their questions at the president. He often takes them.

However, White House correspondents did not get that chance today since the President was escorted to Andrews by motorcade instead.

The explanation? Apparently, the White House informed the press pool that the change was due to "bad weather." Specifically "fog."

Via the pool reporter today (it's @FoxNews repping the networks) who asked the White House what's up: "Was told the… https://t.co/VuHbdWAT5i
— Hallie Jackson (@Hallie Jackson) 1532608509.0

View from my office window as the White House makes a bad weather call - meaning the president will take a car to A… https://t.co/UQiyKbgYFi
— Hallie Jackson (@Hallie Jackson) 1532607782.0

As did members of the general public.

The mockery was swift.

The president's ire toward the press has been consistent throughout his campaign and onto his presidency. This week has been no different.On Wednesday, CNN White House correspondent Kaitlan Collins attempted to ask the president a series of questions regarding Russian President Vladimir Putin's refusal of his invitation to the White House as well as the recently released tape in which Trump's former lawyer Michael Cohen and Trump himself discuss payments for a former Playboy model in exchange for her silence.

Collins asked the question at the conclusion of Trump's meeting with the president of the European Commission in the Oval Office. Trump ignored her.

Shortly after, Collins was summoned by Deputy Chief of Staff Bill Shine and White House Press Secretary Sarah Huckabee Sanders. The CNN reporter was told that she was uninvited to the next event in the Rose Garden, however the White House did not ban the network as a whole.

When asked about the incident, Sanders said:

At the conclusion of a press event in the Oval Office, a reporter shouted questions and refused to leave despite repeatedly being asked to do so. Subsequently, our staff informed her she was not welcome to participate in the next event, but made clear that any other journalist from her network could attend. To be clear, we support a free press and ask that everyone be respectful of the presidency and guests at the White House.

CNN disagreed in a statement posted by the network.

It's unclear just what led the White House to avoid the press today, but with blue skies and moderate temperatures in D.C., bad weather seems out of the question.