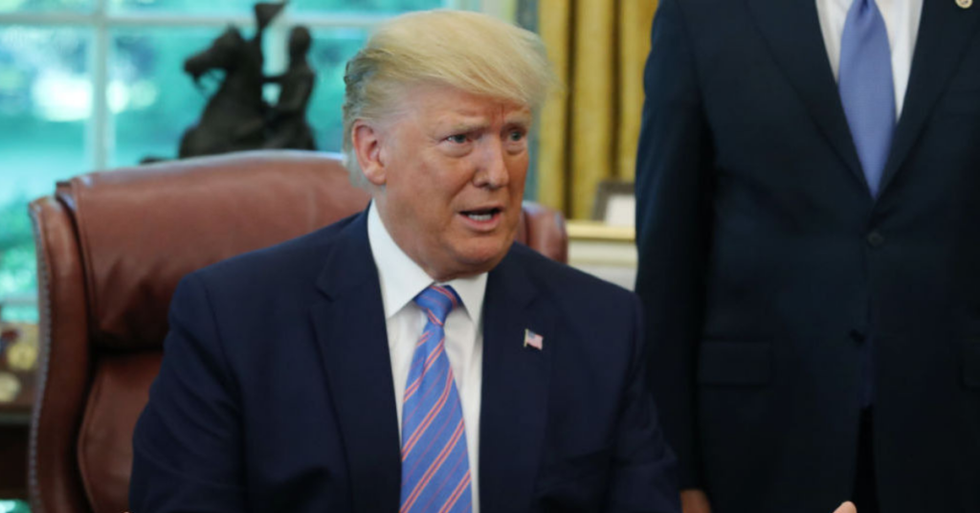 Presidential candidates routinely use the promise of spending one on one time with their supporters as a way of generating funds. Whether it's having a beer with Elizabeth Warren or pizza with Pete Buttigieg, the move encourages supporters to donate to a campaign, and it doesn't hurt for candidates to be pictured with a gleeful supporter in an intimate setting.

So why hasn't President Donald Trump publicized the winners of the 15 contests his campaign has launched promising a meal with him?

Legum found no evidence that winners of the contests were ever actually chosen.

6. Last week, I contacted @MattWolking of the Trump campaign and asked him for information about Trump's contest wi… https://t.co/2JEUjzXtOG
— Judd Legum (@Judd Legum) 1572876142.0

People weren't exactly surprised that Trump would exploit the idolatrous level of support from many of his followers in order to gather information and raise more money for his reelection campaign.

@JuddLegum Remember Trump’s promise of a multimillion dollar donation to vets? He finally wrote the check after a r… https://t.co/HgHaA0T9kk
— Not Donald (@Not Donald) 1572877350.0

Perhaps Trump will serve an eventual winner a fast food smorgasbord at the White House.