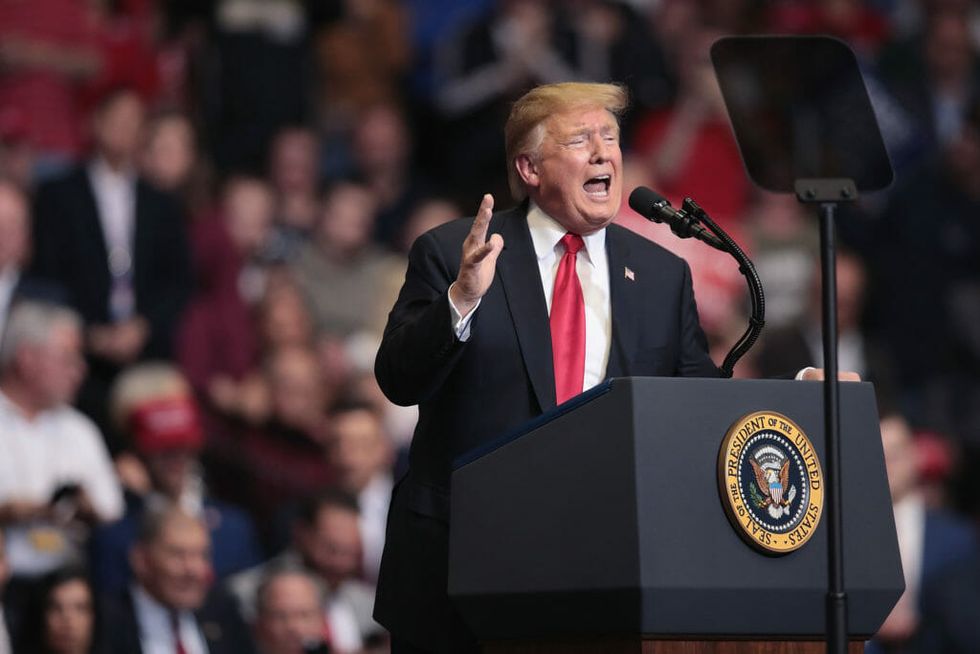 Frey wanted the Trump campaign to pay the city of Minneapolis up front for security and other logistics ahead of Trump's rally in the city. The Trump campaign accused Frey of partisanship and an seeking to silence the President. Frey just knew about the President's constant pattern of not paying up.

When Trump called Frey out on Twitter, he responded, "Welcome to Minneapolis, where we pay our bills."

Frey must be feeling a certain level of vindication, because the Washington Post is reporting that Trump has over a million dollars left to be paid to cities that hosted his rallies.

According to the report:

What's baffling is that the Trump campaign has more than enough to pay for these expenses. Unlike Democrats—whose donations are currently split over a dozen candidates within the crowded primary—Republicans only have one serious candidate to donate to, Donald Trump, and they're eager to do so.

The report goes on to point out:

"In the context of Trump’s campaign, these costs are not significant. Earlier this week, the Republican Party celebrated having raised more than $300 million through the first three quarters of 2019. Reimbursing these cities for the costs they incurred from Trump’s rallies, then, would eat up a little more than a day’s average fundraising."

So why won't they pay a paltry million to settle up?

@pbump This is a proper representation of exactly who Donald Trump is: self promotion at the expense of everyone.
— Christina Moore (@Christina Moore) 1571956579.0

Just add this million to the other millions Trump owes.